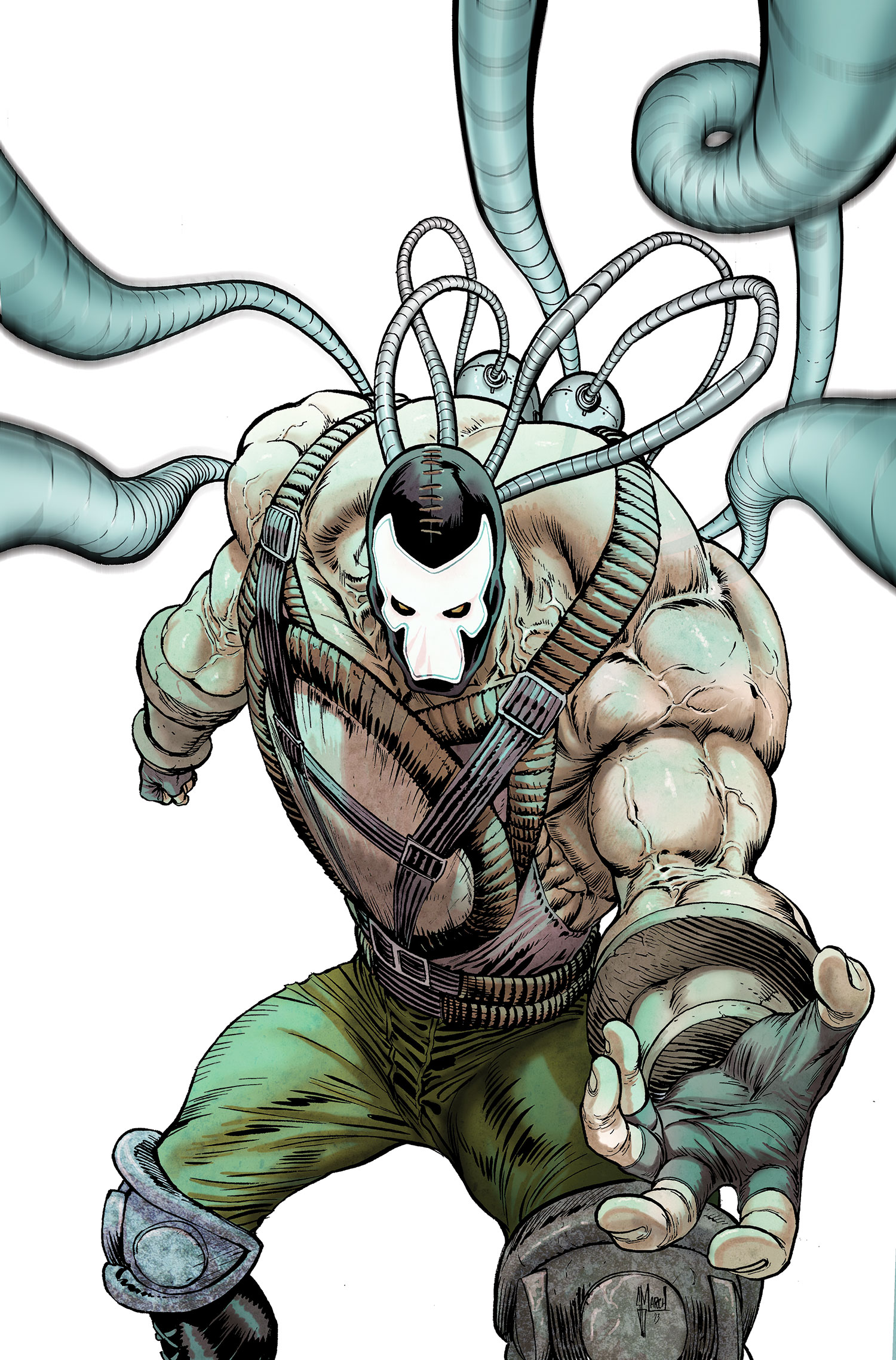 I had to call for help with my review for Batman #23.4. Bane is a character that I feel is mishandled quite often. He never seems to have the same characteristics from one iteration to another. In the most recent Batman film, he was barely recognizable. In the Arkham Asylum and Arkham City video games he’s been little more than a muscle bound thug. In Batman #23.4, however, Bane is intelligent, brutal, calculating, and inspiring in his own way. What I couldn’t figure out, and what I needed help with, is which of these is the “real” Bane?

I’ve never gotten around to reading Knightfall, in which Bane breaks Batman’s back. As such, I was never exposed to that original version of the character. So, I called in the only expert I know: my 15 year-old son, who has read all three volumes of Knightfall and is a huge fan. What I am happy to report is that the Bane we get in Batman #23.4 is, in fact, as close to the original as anyone could hope. I was told, in no uncertain terms, that this Bane is the right one. And, with that burden off of my mind, I was left to enjoy this issue.

Peter Tomasi does an excellent job here of giving us the back story of the man in the wrestling mask while also moving the story forward toward Forever Evil. The plot itself is simple: Bane is back in the place where he grew up, Santa Prisca, where he rules with an iron fist. But, the venom pumping heavyweight has heard that the Batman is gone, and he intends to take back Gotham. To do so, he loads up a ship with fuel and followers and sets sail for the Dark Knight’s home turf, and he’s not interested in anything other than reclaiming what he believes is his.

My biggest issue with this book is the art. While Graham Nolan clearly has a handle on dynamic layout and interesting angles, the figures and backgrounds are overly simple and not very well rendered. Also, I’m not sure what it is that Bane is wearing in this issue, but it looks pretty ridiculous.

Wait and see. If you’re a fan of the Bat and you want to know what’s up in Gotham, this is a great book to get. The followup to this story seems to be something called “Forever Evil: Arkham War,” which I had not heard of until the last page of this book. Assuming that will be about the breakouts in Arkham and Blackgate, this book factors heavily into those events. Just don’t expect too much from the visuals.