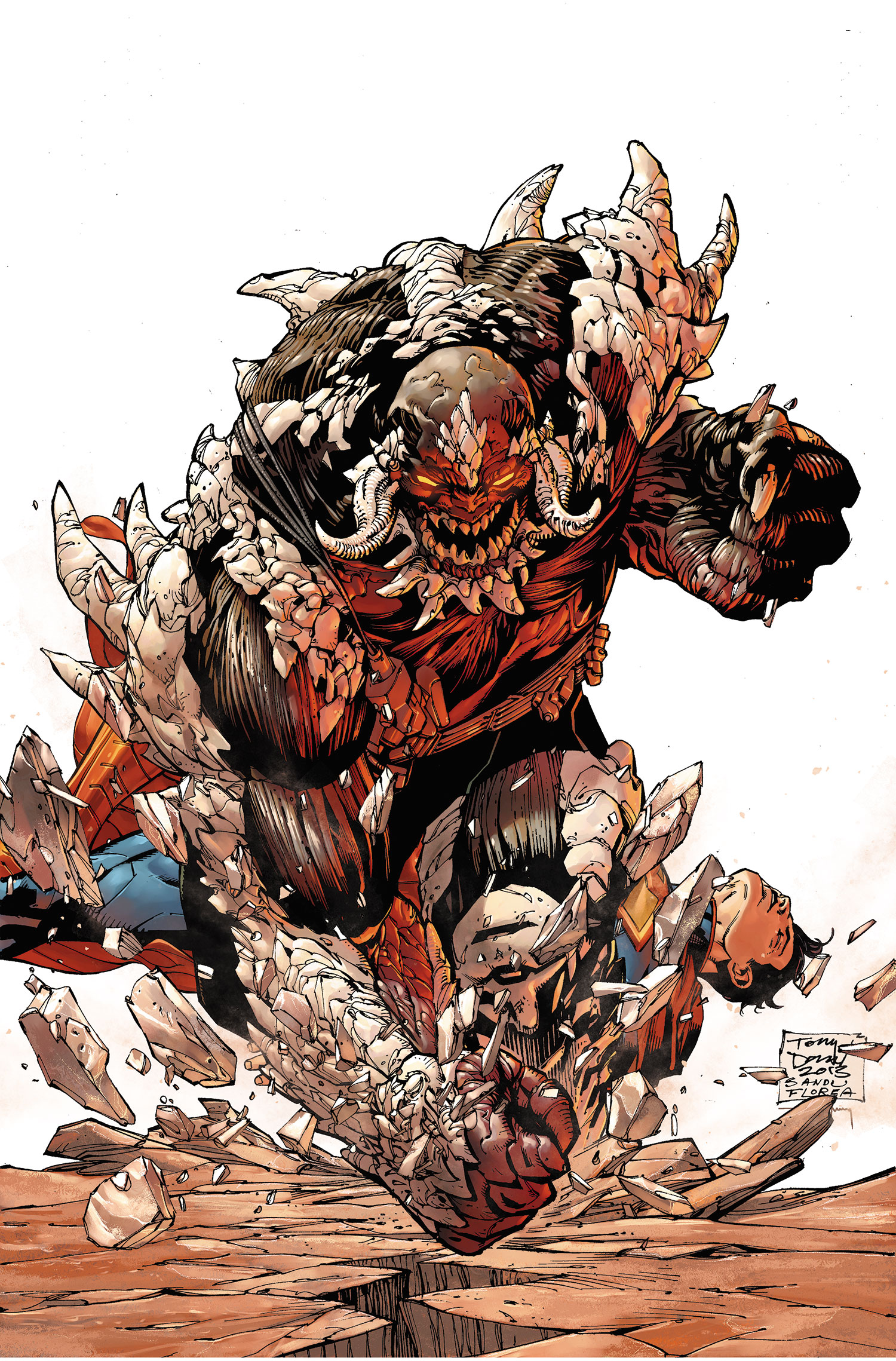 Whatever will we do with Doomsday? He just doesn’t seem to fit anywhere, and yet, as a fan favorite, he keeps coming back. As a mindless organic machine of destruction, he is the perfect foil for the Man of Steel. However, a mindless organic machine of destruction doesn’t really make for a good character. The real problem that I see with the Doomsday Villain’s Month comic is that it’s well written and gorgeously drawn, but has almost no impact on either Forever Evil or the rest of the DCU.

The story takes place on Krypton, where the citizens are celebrating Remembrance Day. This is a Krypton from before the birth of Kal-El, and shows the rest of the house of El as they recount the day when Doomsday came calling. What follows is a couple of pages of Lara-El kicking ass as an elite soldier of Krypton, a glimpse of Zod before he went off the deep end, and then a long sequence of Kara-El and her father talking about the legends of the House of El. One of these legends speaks of the final Knight of El, and seems to tell the story of the death of Superman, even though that could not have happened yet in the time where this takes place. It’s a little confusing. The story buttons up with an implied connection between Kara, Zod, and Doomsday, but then ends with no follow-up mentioned. Greg Pak has done an admiral job here–the dialog is good and the story itself isn’t terrible–but I was left wondering whether I really cared about the book. It just doesn’t seem to connect to anything, not even its own continuity.

As I said before, the art is really great. Brett Booth has a style reminicient of Jim Lee, and Doomsday hasn’t looked this cool in a very long time, not to mention Zod and Lara-El. The colors, also, are quite eye catching. This is the best looking book that I’ve picked up yet in Villain’s Month, hands down.

Wait and See. The art is great and the story is decent, just don’t expect it to take you anywhere. The title villain appears in less than half of the book, and very little is implied in terms of whether he might return. However, if you’re interested in Krypton before it died, there are some things to enjoy here.