This was tough for me. Not only did I have a terrible time trying to recall everything I’ve read this past year (blame pregnancy hormones) but I know there are a few really good ones out there that I’ve missed. I pushed through this list largely because there were too many bad-ass works of comic book gold this year that were not showing up on other top lists and I could not let them go without recognition. If some of you pick up some of these books because of my suggestion, my brain stretching was all worth it. Enjoy!

P.S. These are not in order of favorites. I love all of my children equally. 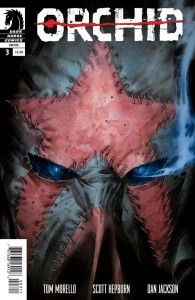 Orchid by Tom Morello and Scott Hepburn. A sleeper, in my opinion. A comic written by a musician? No one ever assumes crossovers will be great, but this one was. Rebellion in a world surrounded by genetically blessed animals and desperate survivors. A sexy, tough-as-nails heroine and a few bat shit crazy pals. It’s fun, colorful and tense. 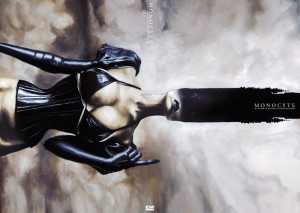 Monocyte HC by Menton3 and Kasra Ghanbari. I’m specifying the hard cover edition here because to see Menton’s art in a giant, glossy book is to truly know the power of his artistic vision. The hard cover is also packed full of extra work, only available in this edition, from a long list of super talented creators. Monocyte is an epic story of human nature and how it’s dark places will destroy the world. It blew the concept of ‘comic book’ out of the black, murky water and exploded my brain with complex poems of death and destruction. 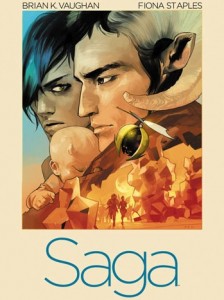 Saga by Brian K. Vaughan and Fiona Staples. Oh, Saga. It broke my heart and somehow filled it with happy all at the same time. This book is on every top 10 list this year and for good reason. It’s simply incredible. 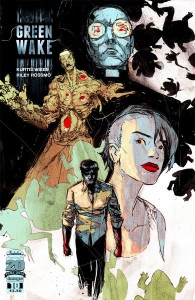 Green Wake by Riley Rossmo and Kurtis J. Wiebe. This is a weird, beautiful, entirely unique comic series cut short of what it was intended to be. I was sucked in to it’s strange, green world from the first issue and so disappointed to see it end. Gorgeous art and a creepy story make this one a timeless series that I’ll enjoy reading many times over. 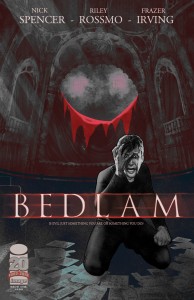 Bedlam by Riley Rossmo and Nick Spencer. Psychopath Madder Red murders lots of people, many of them children, to make a point about the public and the media whoring themselves out to each other at the cost of their precious, fragile morals. This book is twisted and smart, two of my favorite qualities in a comic.

Archeologists of Shadows byLara Fuentes and Patricio Clarey. Currently available only in digital form, this multi media artistic collaboration is one of the most stunning things I’ve set my eyes on this year. I’m not usually drawn to steam punk tales, but this one has so much heart and gravitas I couldn’t resist it. Do yourself a favor and look this one up, it’s a fantastic ride. 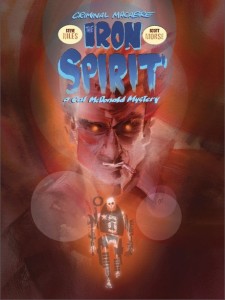 Criminal Macabre: The Iron Spirit, Steve Niles and Scott Morse. I love the adventures of Cal McDonald, all of them, but this one touched me in a special place rarely touched upon by a character so rough around the edges as ole’ Cal. A story of a military hero who makes a grave mistake, costing him his heart and dignity, this book made me feel sad and horrified. The scary part I’m used to, but that this chapter of Criminal Macabre surprised me with such melancholy made it one of my favorites. 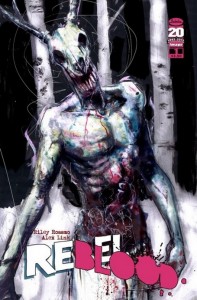 Rebel Blood TP by Riley Rossmo and Alex Link. Insanity, zombies, murder. I did not read this one in it’s original release, but that’s ok because I suspect it’s one that’s best enjoyed in one bloody, retched chunk. This story confused me the first time I read it, which would normally be a turn off, but it was so damn crazy and fun to look at, my confusion only propelled me to read it over again, immediately. Once you get it, it’s really quite awesome. 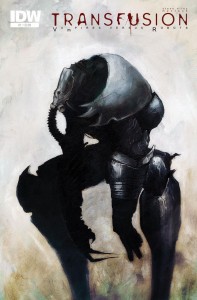 Transfusion by Menton3 and Steve Niles. Only one issue in before 2012 ended, but that’s all I need to add it to this list. Steve Niles’ storytelling prowess plus Menton3’s visual wizardy, in the context of vampires battling robots for the last drop of blood on earth. That’s all I should have to say about that. 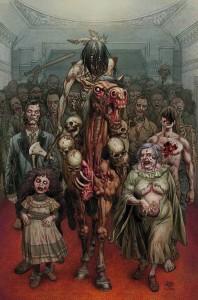 Lot 13 by Steve Niles and Glenn Fabry. I was late to this party, and I thank my TC partner in crime Steve Seigh for planting the seed in my head to read this. It’s everything I love about Niles: blood, gore, old fashioned scare your pants off ghouls. I sped through all three issues of this in minutes, it’s just that much fun.

Anathema by Rachel Deering and various artists. A tragic, mystical story of an angry woman seeking revenge. Werewolves, vampires and other creatures of the dark make this series feel like a classic monster mash.