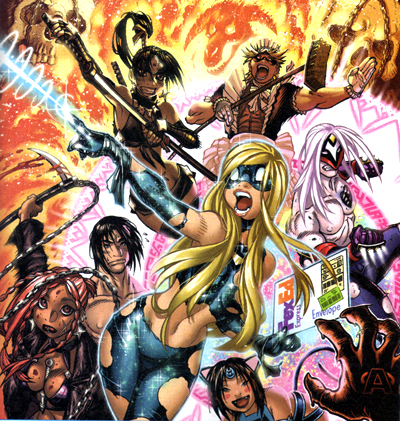 On this week’s podcast, the gang gets right to it and dive into their Books of the Week. Stephanie takes the lead and tells everyone about Locke & Key #1. Bobby gushes about Hell Yeah #1, while Steve takes a trip back in time and talks about Batman: Death In The Family. And Bob discusses the omnibus of Empowered.

Steve takes us Off The Beaten Path with Scholastic’s Amulet Volume 1 and then the gang talks about this week in news… Fantastic Four gets a big announcement, Marvel prepares to unveil Marvel Infinite and some video game news like Assassin’s Creed III and rumours of future Batman: Arkham City DLC gets discussed.