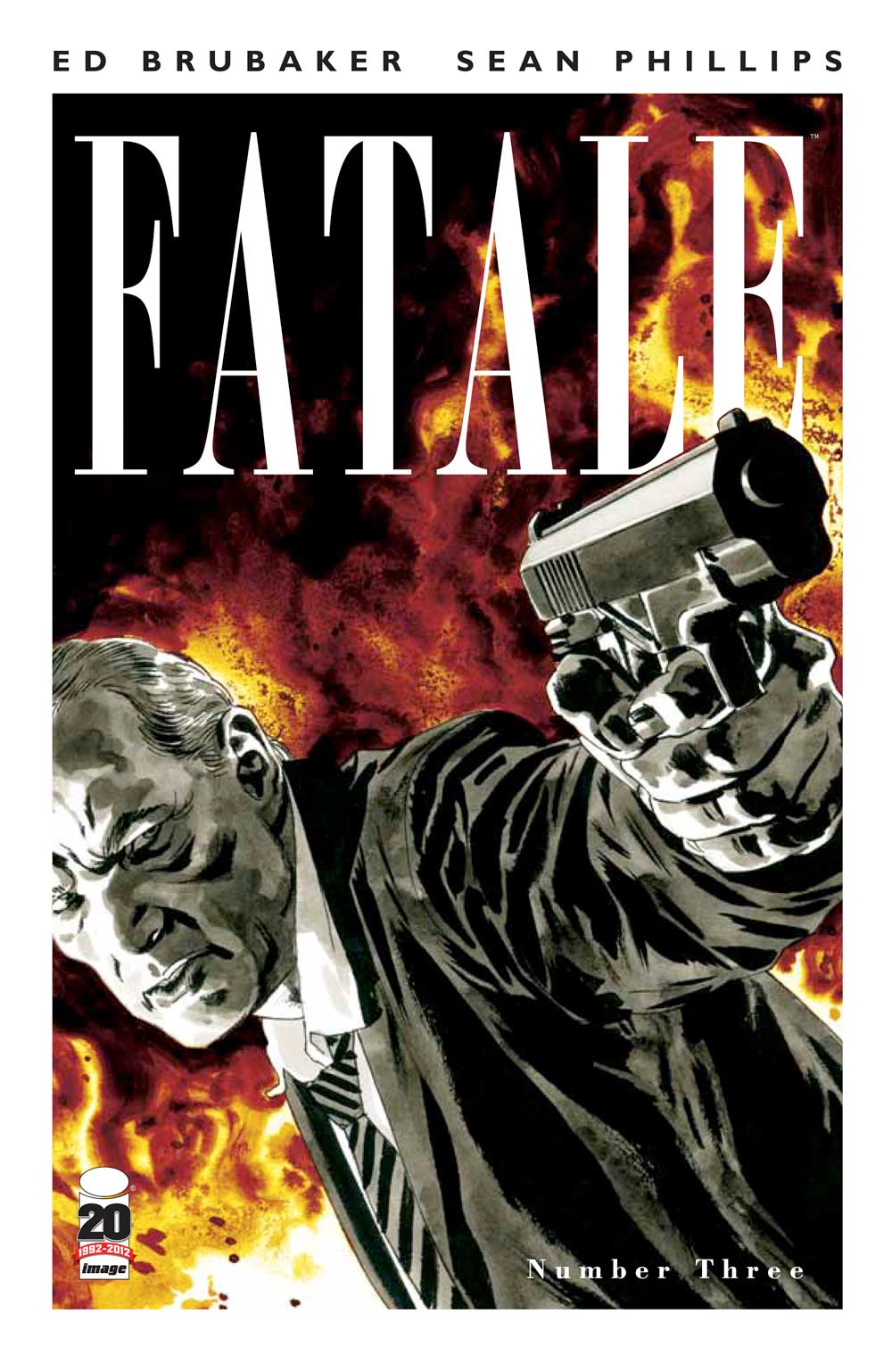 Nicholas Lash is out of the hospital after losing a leg in a car explosion that occurs after meeting a mysterious woman named Jo. Lash is trying to put the pieces of the puzzle together through an unpublished manuscript he’s found that his godfather wrote and kept hidden. We don’t get too much time with Lash though and before we get a chance to see what kind of dirt he’s un-dug on his godfather, the story jumps back in time to the perspective of Raines. The interesting thing about this issue though, isn’t the character development for this gentleman, but instead it’s incredibly interesting because of what we learn about Josephine.

Brubaker is a master of crime storytelling and over the course of only three issues he’s built up a story that I know I will stick with for the long haul. We haven’t even really been given that much information as far as what’s going on and all I know is that I want more every time that I finish a new issue. With this issue, we start to get answers about Josephine and about what’s going on, but Brubaker it’s almost as if he’s dangling the answers in front of us like a carrot on a string in front of a horse… they’re just out of reach.

If I have any complaint with the series, it’s a really technical detail that always kind of seems to distract me… Sean Phillips’ art is absolutely stunning and accompanies Brubaker’s story perfectly, but the lettering is a bit weird to me. It almost seems like it’s too clean and it doesn’t blend into the story as much as it should. It pops from the page and distracts the eye from Phillips’ images and I wish they would fix it to fit the old style tone to the rest of the story.

VERDICT
Buy it – I’m absolutely hooked on this series and if you haven’t already read the first two issues… buy those first (or at the same time as when you buy the third) and then read them all at once and be in the same boat as the rest of us… anxiously awaiting more like crack fiends.