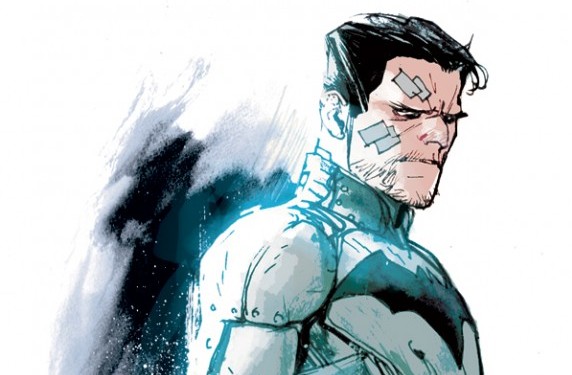 Talking Comics’ gang is down right buzzing about the podcast this week as they welcome Batman, Swamp Thing, American Vampire and Severed writer Scott Snyder to the show. During the spoiler free conversation Mr. Snyder tells our hosts about the great responsibility behind writing the caped crusader, how he came up with the Court of Owls, the impending Night of the Owls crossover event and even the origins of the Bat taser!

In addition Bobby, Stephanie, Steve and Bob talk about Amazing Spider-Man, Lobster Johnson, and Brilliant in the book of the week segment and go far off the beaten path with Steve to take in a review of Saltillo’s Monocyte concept album. The crew even manages to squeeze in a little Jeff Lemire talk with Mr. Snyder and get into a little Academy Awards debate. So sit back, relax, grab your bat-a-rang and let’s talk some comics!