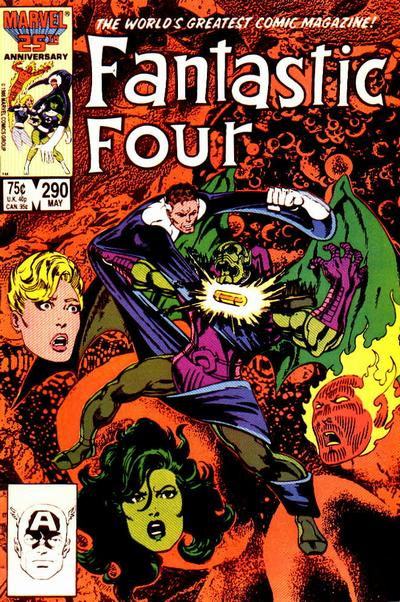 In the summer of 1986, my family took its usual camping trip to Cran-Hill Ranch near Big Rapids, Michigan.  I was 11-years-old.

One afternoon during the trip, I walked into the Barn Store.  The Barn Store was the campground’s general store. It sold camping essentials like marshmallow pokers and toilet paper, ice cream, and penny candy.

In one corner, toward the front of the store, stood a spinner rack with comic books.

I found Fantastic Four number 290 on that rack.  Its cover showed Mr. Fantastic literally and metaphorically tangling with Annihilus, though I didn’t know the names of those characters at the time.

I plucked the book from the rack, and handed the teenaged summer worker behind the cash register some coins from the saved allowance in my pocket.

It was the first comic book I ever bought.

I was reminded of my trip to the Ranch Barn Store recently when I read the Newsarama bit about Marvel’s plans to launch an affordable set of reprints for their newer All New, All Different books.  They’re resurrecting the “Timely Comics” name for this effort, which will reprint the first few issues of selected titles and sell the three-issue collections for the discount price of $3.00.

Most critics and analysts of comics books and the industry agree that there are probably too many books being published by the Big Two these days of too-little interest or differentiation.  Marvel’s new Timely books are unlikely to pacify those critics, considering these collections will be more of the same titles consuming diminishing shelf space.

The Timely books are also very similar to the True Believers line of offerings, fueling more complaints that the House of Ideas has nothing but bare cupboards in the kitchen and dust bunnies in the closets.

These are fair complaints.

When I read the announcement, though, I was struck by the potential utility of the reprint collections.  I am not naive enough to think we’re headed back to the days of spinner racks in the corner general stores, but perhaps these collections can find purchase in bigger retailers, and then customers will seek out new issues in their local comic book stores.  And then those new readers will become veteran readers and find the whole range of titles and stories being told in comic book form.

I follow a LISTSERV frequented by fans and researchers of comic books, and one recent thread wondered about the future of comic books and the industry.  Replies included cries for more diversity to draw in new readers, a complete abandonment of the superhero paradigm, and hopes that the whole thing will just come crashing down.  There were no advocates for outreach, for a concerted effort to help books–the good books–find readers.

Since the spinner racks are gone, comic books need some help getting into the hands of future fans.  Future fans become future creators, or at least future members of an audience.

Comic book stories are successful in the marketplace.  The New York Times has included graphic novels on their best-sellers list since 2009, and movies based on comic book properties are making billions of dollars.  The comic book parent companies are going to be just fine, so long as there are origin stories to film and re-film.

For the comic book industry to have a future, though, there needs to be readers.  We need to get books into new readers’ hands.

We need to be the spinner racks.

The Timely announcement reminded me of the hook of the rack: affordable portable stories, glossy covers, bold titles.  Disney doesn’t need our help to make the rent payments on Epcot, but we can do our part toward ensuring the future of our comic books by making sure potential future readers have a chance to spend some time flipping the pages of Web Warriors, or Moon Girl and Devil Dinosaur, or whatever.

What does that look like?  It may be as simple as doing what most of us probably already do: share our love of comic books.  It might also mean putting some money where our mouths are, reaching out to local schools and libraries, making sure there are comic books available for check-out.  Making sure there are spinner racks.

Back to the story.

That Fantastic Four 290 wasn’t the last comic book I’d buy.  It was quickly followed by a subscription to Transformers, and then by the X-Books and Batman, and Daredevil, and a complete collection of The Official Handbook of the Marvel Universe that I am way too proud of. 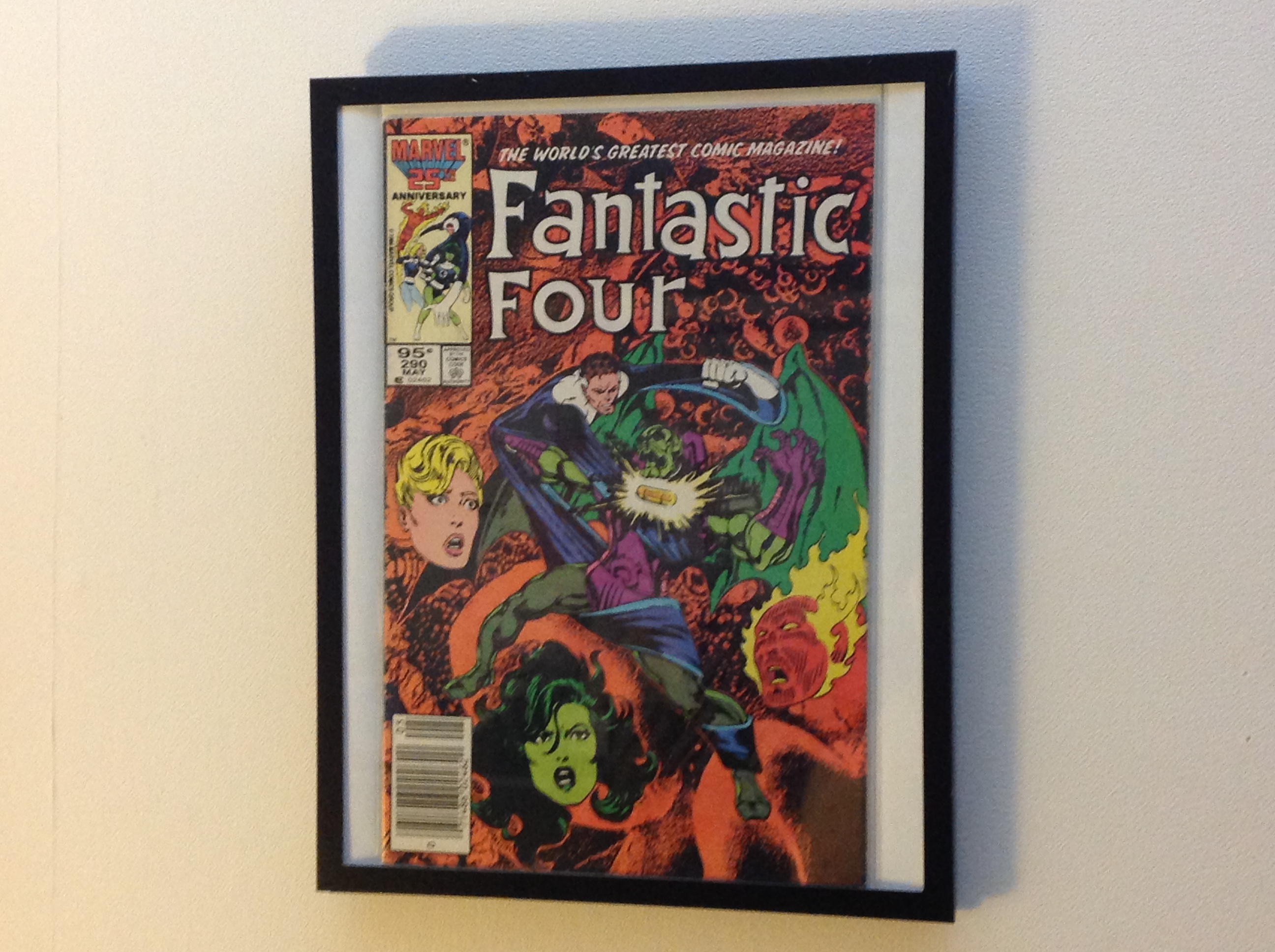 Comic books may not have made me an English professor, but they were the first stories I loved, the first words that grabbed my imagination.

Comic books may not have made me an English professor, but they certainly started the process.

One more thing, to finish the story.

I posted a picture of my copy of FF 290 to a Facebook group a few months ago, and one of the commentators noticed something I never had before.

My book is the Canadian edition.

Somehow, the Canadian edition of this book managed to make it to the United States, to Big Rapids, Michigan, to a campground, to a Barn Store, where a teenaged summer worker placed it on a spinner rack.

Where it could find me.