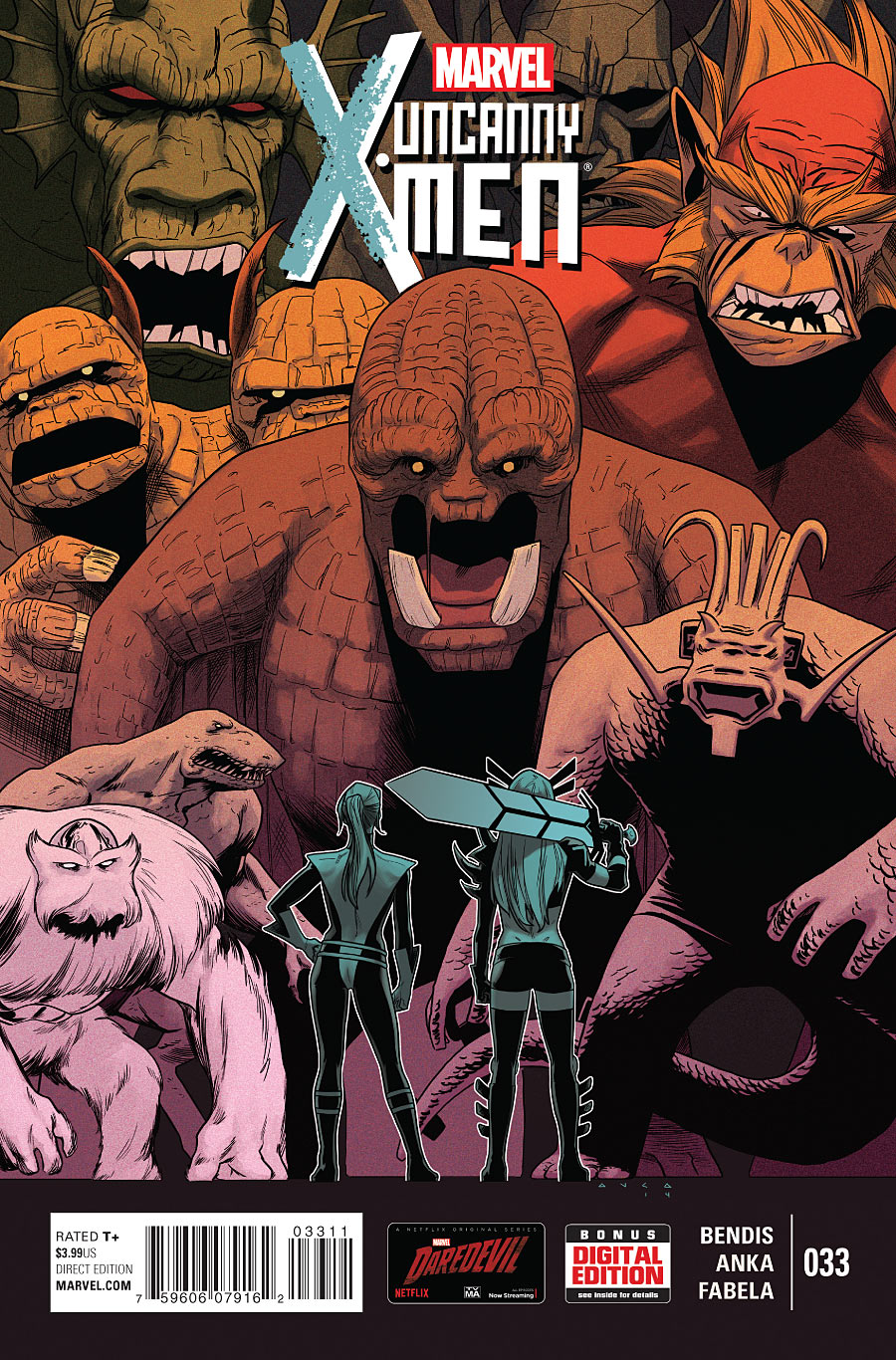 Much younger versions of Kitty and Illyana once served as the heart and soul (respectively?) of Chris Claremont’s legendary run on Uncanny X-Men back in the 1980s (see God Loves Man Kills for some awesome Kitty/Illyana action!). Since those golden days of youth and innocence, Kitty and Illyana have been through the ringer—adulthood, professorship, Schisms, Extinctions, space, etc.—and now, under the deft pen of Brian Michael Bendis, their relationship comes to a head.

One month after a meditative, reflective issue focusing on Scott Summers’ rock bottom and one month out from the epic Uncanny X-Men #600, Bendis takes another detour to take Kitty and Illyana on an old school eccentric adventure to seek out a new mutant. While the action of the issue focuses on Kitty and Illyana navigating the travails of Monster Island in search of said mutant, Bendis really uses the issue to reevaluate and grow the friendship between the two women that was once so integral to the series. In true complex Bendis fashion, the fun and whimsy of the Monster Island action is imbued with undertones of anxiety and regret between the two friends. Bendis’ dialogue is on-point as he walks us through the two mutants’ history together and the current status of the relationship amid all the turmoil and tribulations of the rest the current X-Men franchise. The resolution to the action and the character-drama of this issue is touching and effective, so much so that I can safely say that this felt like a classic issue of Uncanny X-Men: action, character-driven drama, and true, honest-to-goodness heart. Really wonderful.

Kris Anka’s dynamic blend of cartooning and naturalism has been a wonderful addition to the X-Franchise in recent years. His treatment of the monsters is delightfully weird while his handling of the subtle emotions on Illyana and Kitty’s faces is careful and moving. The scene in which Kitty and Illyana finally find the new mutant—a small child named Bo—is absolutely stunning in its sincerity and sweetness (and subsequent terror). Antonio Fabela’s colors lend weight to Anka’s figurework and layouts, reinforcing that cartooning comparison while still maintaining a level of clarity and sophistication unlike anything else on the stands.

BUY. Brian Michael Bendis’ run on Uncanny X-Men has been remarkable, but it’s this issue’s callback to the Claremont days of heart-felt high drama and fantastical escapades that pushes it to the fore. With one issue left in the run, Uncanny X-Men is a series worth reading. Check it!!!