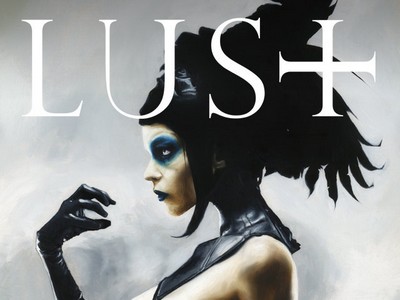 When I first met 44FLOOD, at NYCC in 2011, they were not 44FLOOD. I was picking up a commission I had planned for a long time from Ben Templesmith, grinning from ear to ear in excitement that I was finally meeting one of my favorite comic book artists and would soon own a custom piece of work from him. At a small table next to him sat Menton3, whose first independent book, Monocyte #1, I had recently reviewed. I made my way over to that table and immediately felt my fingers reaching for my wallet, unable to resist the incredible art work spread out in front of me. Menton and his associate, Kasra Ghanbari, seemed genuinely excited to meet me, thanking me for the positive review and immediately making me feel like an old friend. I wasn’t sure what was more exciting: these two incredible talents, obviously having a blast occupying Artists Alley together, or the warm, ridiculously humble way they welcomed me in to their midst. My second face to face meeting, this September at NYCC, was even more of a treat after watching them gain so much respect and success, together, over the previous two years.

This time, I brought along my copy of Lust, one of the game changing projects published by the powerhouse created when Templesmith, Menton3 and Ghanbari joined forces as 44FLOOD. After saying hello with hugs and inquiries about my baby’s progress in his first year, we chatted about their new partnership with IDW. The 44FLOOD booth was a busy place, lots of fans snatching up prints and curious lookers getting their first glance and I was hesitant to take up their time asking for an autograph on my book, but the second I made my request, Menton3 started sketching. What they left me with was more than I would ever have asked for and is a perfect example of the immense generosity of these guys. Ok, enough with the praise, on to the review! 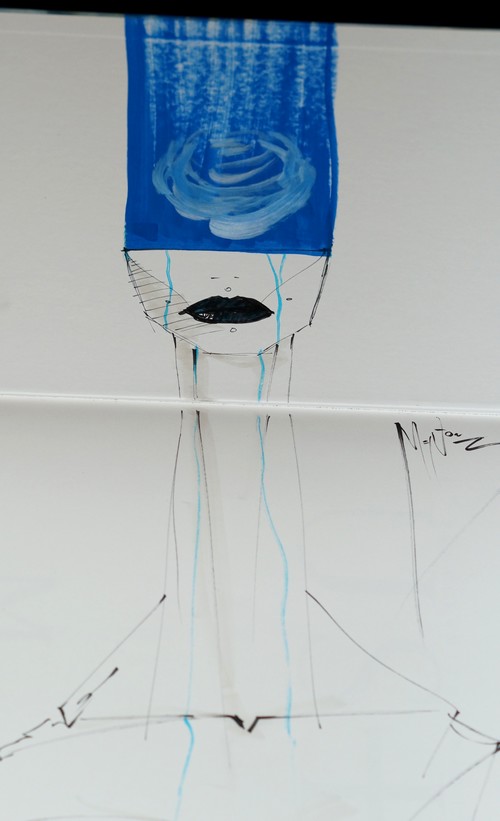 Lust is a beautiful, hard cover interpretation of the concept of lust, expressed on one side by the art of Menton3 and on the other by Ben Templesmith. From Menton’s side, we learn of an artist who has lost everything, his family and his inspiration. He retreats to an empty, lonely old farmhouse on a bleak property lined by abandoned factories. He’s lost himself and wanders the empty rooms with no direction or intent. A guesthouse on the property is locked up tight, but occupied by a woman who seems to be neither a prisoner or an intruder. She’s hiding from something, someone. Many things are revealed to Dan in that old farmhouse: pain and suffering, the stories of lost souls. This is the story of lust. Lust for life, lust for freedom, lust for vision. 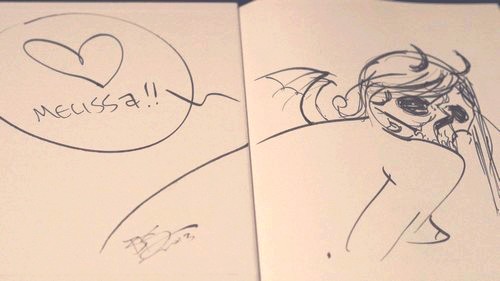 On the flip side Ben Templesmith presents a very different tale. Lacey and Cloonan are cleaning up a drug house, dispatching junkies like flies in the kitchen. They’ve obviously been at this for some time together, comfortable partners who trust each other. After interrupting a pair of lovers, one no longer warm, they discover an intricate carving in the floor made up of human forms doing all manner of sexual deviance and torture to each other. They ‘christen’ the art and move on, only to be greeted by a skeletal woman who declares “I am yours”.  This story also concerns a junkie who seems to be working for Lacey and Cloonan and fails to retrieve some drugs that they are owed. His girlfriend is dead and the poor guy is appointed the task of removing the missing drugs from her body. Creepy ritualistic sex follows; as you can imagine this doesn’t end well for someone. This is the story of lust. Lust for death, lust for passion, lust for power.

Verdict: You should be buying and anxiously awaiting every single thing that comes from the creative machine of 44FLOOD. If you enjoy visual magic that melts your brain, Lust will not disappoint. If you prefer your stories packed with depth, soul and spine tingling presence, Lust is an excellent choice. Steve Niles, Menton3 and Ben Templesmith: it doesn’t get any better than this. Lust is a book you can go back to many times to remember how it made you feel and the art is as timeless as it is disturbing. As the great Warren Ellis says, in the foreword, “Lust is closing your eyes, putting a gun to your lips and hoping to hell that is feels like a kiss”.