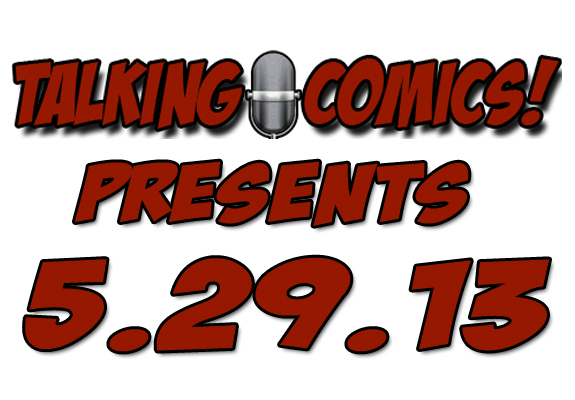 Don’t forget to check out our Summer Comic Book Preview, Mara Whiteside’s new Gender Issues Column,  Stephanie Cooke’s look at the Man of Steel costumes, and of course the reviews from our amazing contributors.

Well, enough with the who, where, what, why and how, I give to you Talking Comics Presents for the books releasing on 5/29/13.

Red Hood and the Outlaws Annual #1 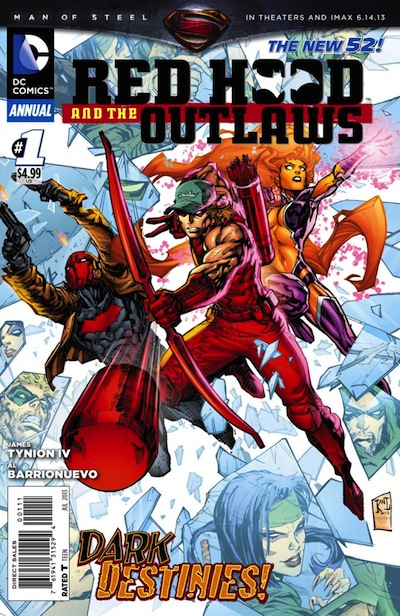 DC Comics says:  “Arsenal finally confronts Green Arrow, but it may be a short-lived reunion as someone from their past has targeted them both. Find out what the feud between Arsenal and Green Arrow is about, along with secrets from Roy Harper’s history.”

Sean Lamont says: “Out of everything this week, I’m actually looking forward to the Red Hood and the Outlaws Annual #1 the most.  We’re starting to see a real history coalesce for these three misfits, and it is making for an entertaining read as their little team crumbles under the weight of their respective pasts.” 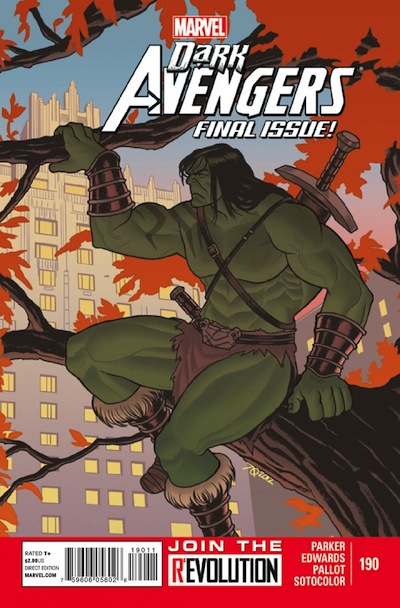 Marvel says: The secret of the dark Earth are revealed! • Who will live? Who will die? Will anyone get back to Earth alive? • Jeff Parker wraps up his acclaimed run on Earth’s Deadliest Heroes!

Bob Reyer says: “I’ve been a fan of The Thunderbolts concept since its creation by Kurt Busiek and Mark Bagley back in 1997, so I’m sad to see the curtain coming down on this successor series, which has been never less than excellent month-after-month. I’m sure that Jeff Parker and Neil Edwards will give the T-Bolts a grand send-off with the conclusion of this intriguing alternate reality story-line.” 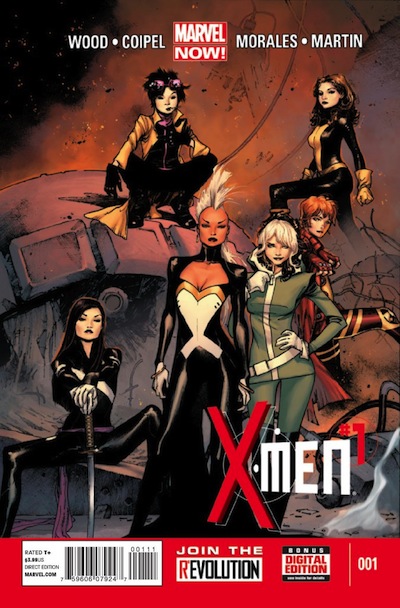 Marvel says:  “Because you demanded it! The X-Women finally get their own book, from critically acclaimed superstars Brian Wood (X-MEN, ULTIMATE X-MEN, DMZ, The Massive) and Olivier Coipel (AVX, HOUSE OF M, THOR)! An old enemy shows up at the X-Men’s door, seeking asylum from an ancient evil come back to earth. Meanwhile, Jubilee has come home, and she’s brought with her an orphaned baby who might hold the key to the earth’s survival…or its destruction. Against a backdrop of what seems like an alien invasion and an eons-spanning war between brother and sister, Storm steps up and puts together a team to protect the child and stop a new threat that could destroy all life on earth!”

Bob Reyer says: “I’m mostly unfamiliar with the work of Brian Wood, but in the lead-up to this distaff X-Men title, he has continually said things in interviews that fill me with confidence that first-and-foremost this title will feature great stories featuring these “X-Women”. So on that basis,  even if this launch is nothing but a bit of cynical marketing designed to raise Marvel’s female readership, if the characters are handled with intelligence and dignity, then it’s a “win/win” situation if this new X-Men finds an audience!”

Joey Braccino says: “Brian Wood introduces his press-worthy all-new, all-female team of X-Men with this brand new #1 for the X-side of the Marvel NOW! Universe! The series has been getting a ton of attention on the dirt sheets (including in a wonderful column from Talking Comics very own Mara Whiteside) because of its roster of X-Ladies, and Brian Wood has proven his prowess with our merry band of mutants in his current runs on X-Men Vol. 3 and Ultimate Comics X-Men. The most appealing aspect of this debut issue, however, is Olivier Coipel’s name on the cover as artist. Coipel’s ability to combine epic cinematic scope with nuanced characterization in his pencils has made him one of the most recognizable and sought-after artists in the industry today, so his presence on X-Men bodes well for Marvel‘s interest in this book!”

Mara Whiteside says: “X-Men #1 is a comic I’ve wanted all my life. Ever since I was a kid watching X-Men cartoons, I’ve dreamed of the ladies teaming up to kick butt. Wood’s X-Men promises to be a book that appeals to a wide audience. “

Bobby Shortle says: “I’m all ready reading several books that feature the X-moniker, but the promise of an all female team written by the amazing Brian Wood is all I need to add another mutant title to my pull list.”

Steve Seigh says: “My most anticipated book this week is Brian Wood’s X-Men #1. After what feels like forever we’ll finally be getting our paws on this title that features a team comprised entirely of female heroes from the X-Men universe. Some of my favorite ladies are members of the team (Rogue and Psylocke) and I’m itching to see how they get along, how they fight alongside one another, and how they can help make another dent in showcasing more women in comics!” 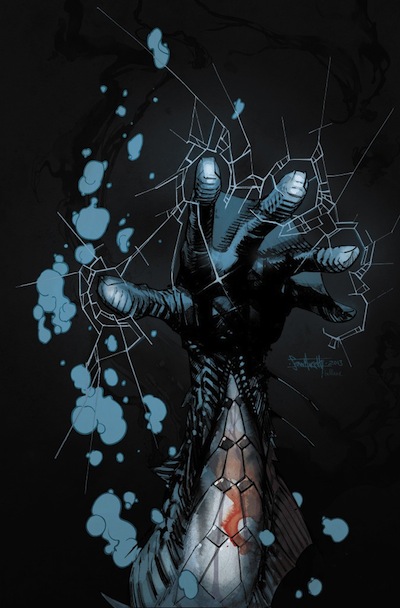 Vertigo says: “THERE’S SOMETHING DOWN THERE…”When Marine Biologist Lee Archer is approached by the Department of Homeland Security for help with a new threat, she declines, but quickly realizes they won’t take no for an answer. Soon she is plunging to the depths of the Arctic Circle to a secret, underwater oilrig where they’ve discovered something miraculous and terrifying…Writer Scott Snyder (BATMAN, AMERICAN VAMPIRE) and artist Sean Murphy (PUNK ROCK JESUS) bring their acclaimed talents to this sci-fi/horror epic that explores the horrors of the deep, probes the origins of human history, and leaps far beyond to a frightening future.

Bobby Shortle says: “From Swamp Thing, to American Vampire to Batman writer Scott Snyder has been on a creative roll unlike any other comic book writer out there. This week brings the first issue in his collaboration with Punk Rock Jesus creator Sean Murphy and I couldn’t be more excited about this new horror series.“