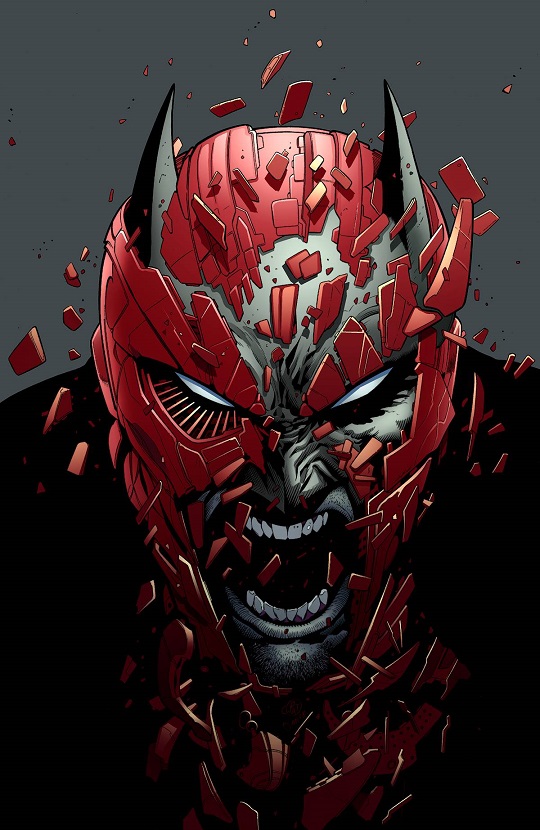 After reading Batman and Red Hood #20, I felt like such a dunce. I thought to myself, “man, it’s like these issues are going through the stages of grief.” Then I looked at the title of the issue, “Rage.” Last month’s issue with Red Robin was “Denial.” It was right there in my face being all obvious, but I was looking too hard at the book trying to pick it apart for a review. Sometimes we just have to look at things as what they are and not try to dig for the sake of digging. For this issue, I’ll try to keep it simple and focus on what is right there on the pages and in the panels.

With all that being said, I enjoyed this issue. I am still a little weary of all the Carrie Kelley stuff. It feels a little shoe-horned, but I’m willing to wait it out and see where Tomasi takes it. I’d put money that she is there when Bruce finally admits and accepts that Damian is gone, as she is an outside force that is slowly forcing him to admit the truth to those outside his circle.

With Bruce and Jason heading off to Africa to beat up some of the assassins that had come after Damian, the majority of the issue felt like a call back to the days of Batman and Robin just kicking butt and dispensing their vengeance and justice.

The second stage of grief, rage, isn’t just about punching a pillow or screaming at the top of your lungs. There is also the lashing out at other people. Towards the end of the issue we get to see this manifest through Tomasi’s carefully crafted dialog and the wonderful work of the art team. I won’t spoil anything but the posturing and placement showed just how broken and run down Batman is. When dealing with such highly emotional stories, dialog is not enough to convey these levels of pain.

Buy. In fact go back and buy issue 19 too. To fully experience the ride through Batman’s grief, you need to see all the stages. Tomasi and crew deliver another emotional issue that is also chock full of action.