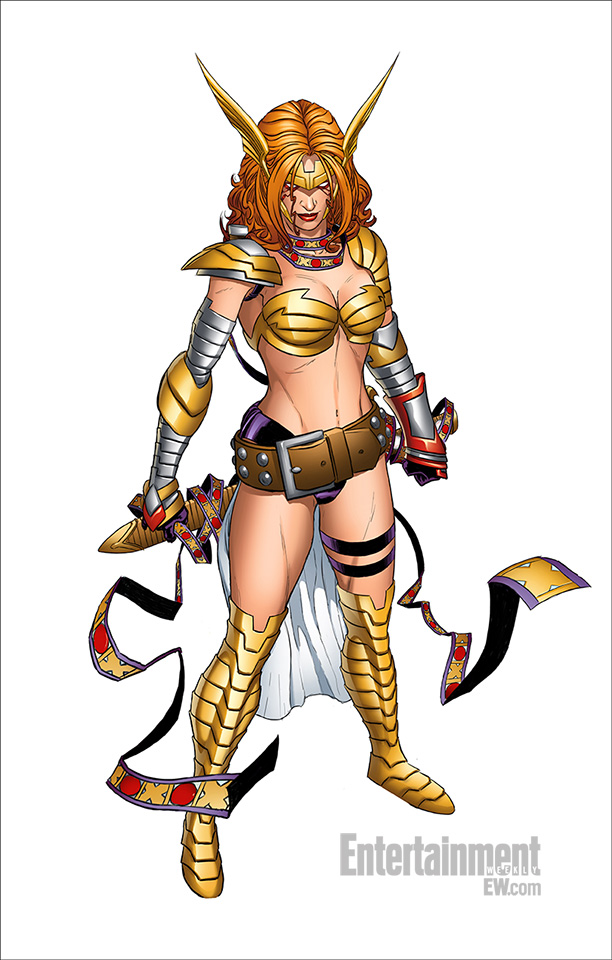 As we gear up for the end of Age of Ultron, one thing people are getting excited for is the reappearance/reintroduction of Angela into the Marvel universe. The former Spawn character is set to appear at the end of Age of Ultron with future plans to be involved in an issue of Guardians of the Galaxy. But what would the Marvel version of Angela look like? Thanks to Entertainment Weekly, we finally have a look at Joe Quesada’s redesign of Angela.

In the interview that followed the aforementioned picture, Quesada explained how they went about bringing Angela into the new universe and used examples from the past to explain it:

“There was somewhat of a roadmap for doing this kind of thing that Stan Lee established back in 1962 with the return of Captain America, [the story in Avengers No. 4]. He found a clever way to not just bring him back but to introduce new character elements, like the man-out-of-time subplot that added a real sympathy to Cap. That was instrumental in why people fell in love with Cap…that’s the kind of approach we looked at. What would we do if this was a character that had been in our library a long time, but doesn’t necessary fit into our [contemporary] concept of the Marvel Universe? How do we take her and make her work?”

“We took what Neil had laid down for the character and found a way to collaboratively fold her into the Marvel Universe in a seamless way. What’s fascinating to me about what we have done is Angela is clearly a part of the Marvel universe by the time people understand her back-story. It’s as if she’s always been there. It doesn’t feel like we’ve just opened some portal and brought something new and strange and completely different into our universe.”

Angela makes her debut in Age of Ultron #10.

What are your thoughts on her new design? Are you excited to see the character incorporated into the Marvel universe? Leave your thoughts in the comments below.