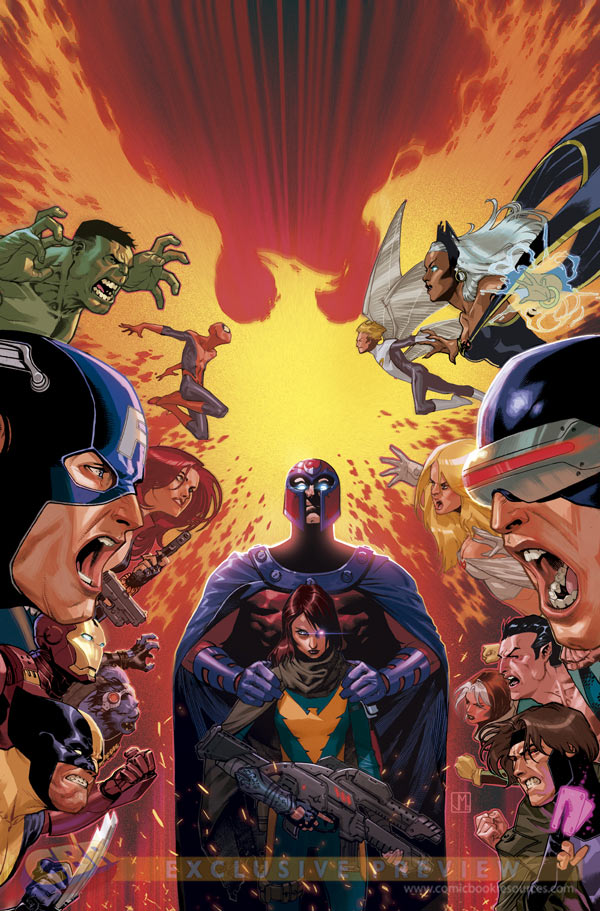 During a Q&A hosted by Comic Book Resources, Axel Alonso was asked a lot of questions about the future of Marvel Now. He was more than happy to oblige, revealing that they are already planning a second wave of books to be released this summer, with some new miniseries and Max titles thrown in for good measure.

“There are plans for a Marvel NOW! Wave 2 — a new wave of titles that will generate the same amount of excitement amongst retailers and fans that the first wave did. From “Uncanny Avengers” to “Thanos Rising,” Marvel NOW! has been a hit, and we’re far from done. Look for exciting new series, starting in July and carrying through next year.

We’ll be making an announcement soon about a three intriguing limited series, featuring eyebrow-raising talent, that fall under the creative umbrella of a much-loved sub-brand. I’m not at liberty to say much more. Oh, and we have more MAX limited series planned, as well.”

He did officially announce one title for July though, a weekly series entitled “Avengers vs X-Men: What If?” Axel had this to say about it:

“If you’ve ever wondered what might have happened if the Phoenix Force had found a different host than Cyclops, Emma Frost, Namor and Colossus in last year’s biggest super hero event, then you’ll want to read “What If? Avengers Vs. X-Men,” a 4-issue limited series, written by Jimmy Palmiotti and illustrated by Jorge Molina that ships weekly this July. I don’t want to give too much away about the story, but let’s just say that things might have gone a lot differently if Magneto had taken a stronger hand in determining Hope’s fate.”