Ryan Reynolds, star of Green Lantern (among other things), recently sat down with Empire Magazine to discuss his possible involvement in a Justice League of America movie. Reynolds explained that he had little interest in reprising his role of Hal Jordon, but gave a detailed reason why he felt that way:

“If you’re going to do comic book movies in that vein, you really have to get them right. I believe that Joss Whedon is the guy that just nails it and Christopher Nolan obviously nails it. So if they were gonna do it like that, it would be an interesting thing to do. It’s just that… working on Green Lantern, I saw how difficult it is to make that concept palatable, and how confused it all can be when you don’t really know exactly where you’re going with it or you don’t really know how to access that world properly – that world comic book fans have been accessing for decades and falling in love with. So at this point I have very little interest in joining that kind of world. But, you know, a great script and a good director can always turn that around.” 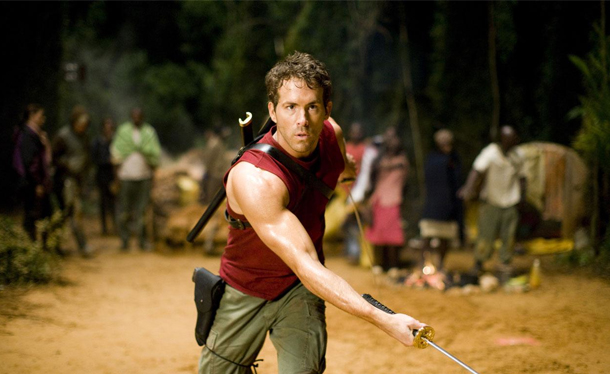 He also brought up the current progress of the Deadpool movie and whether or not it’s actually going to get made:

“It’s so, so far into the R-rated zone… it’s a nearly NC-17 world and I just don’t know if the studio would ever risk their reputation doing it. We’ve been developing it and we would never wanna do it unless you could [do] it that R-rated way, so… They wrote it and they developed it as well and, you know, it’s sitting there. You could do it for a pittance compared to the modern sort of epic scale superhero movies, but it’s about a guy who knows he’s in a movie and knows he’s in a comic book who is deeply mentally disturbed and hyper violent. And that’s tough to get by a studio.”