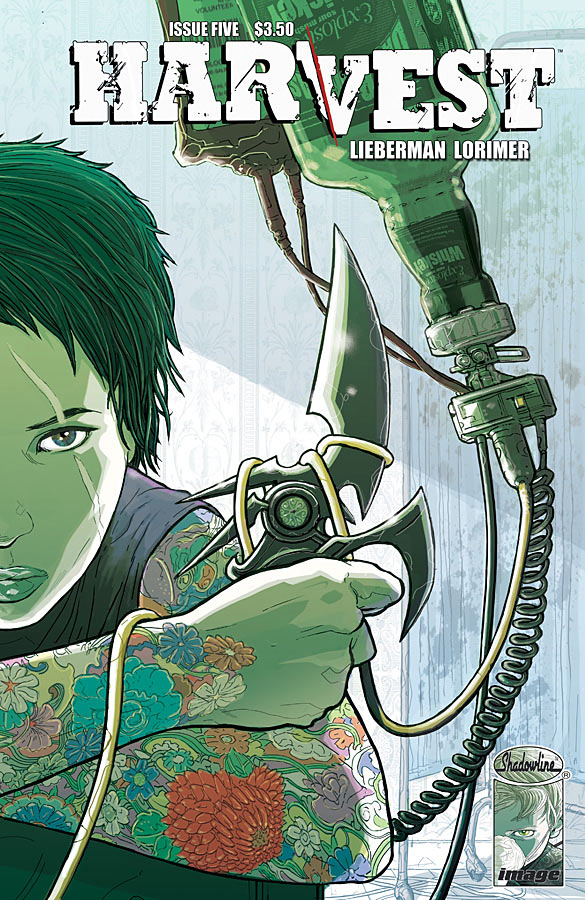 The bloody exploits of ex-Dr. Benjamin Kane come to a conclusion in the last of the five issue miniseries.  Last time, the doc was still on the run. He got shot and was bleeding out in a crappy hotel room. Meanwhile, his patient had been kidnapped by his enemies and while things were already shitty, this just went to a new level of shittiness.

And that leads us to this final issue. Without spoiling it for you, all I can say is that there’s a standoff, people get their asses kicked, body parts are removed and given to some lucky souls, and of course there’s a lot of blood. At the end of the book, Kane faces a decision which will seal his fate. And that’s all I’ll spoil for you.

I’ve enjoyed this series, granted I didn’t get a chance to read the first issue, but this was a most excellent and crazy ride down the rabbit hole. The writing keeps you on the edge of your seat with the tense and adrenaline fueled dialouge.  The art expresses the grittiness and darkness of the characters and their environment. Out of the covers for this series, this one is my favorite. I love the contrast between the colorful tattoos and the sinister sharp looking scapel in Mariko’s hand. Lieberman and Lorimer make a great team of storytellers and I look for more to come from them.

Buy it! It’s a great miniseries, need I say more?