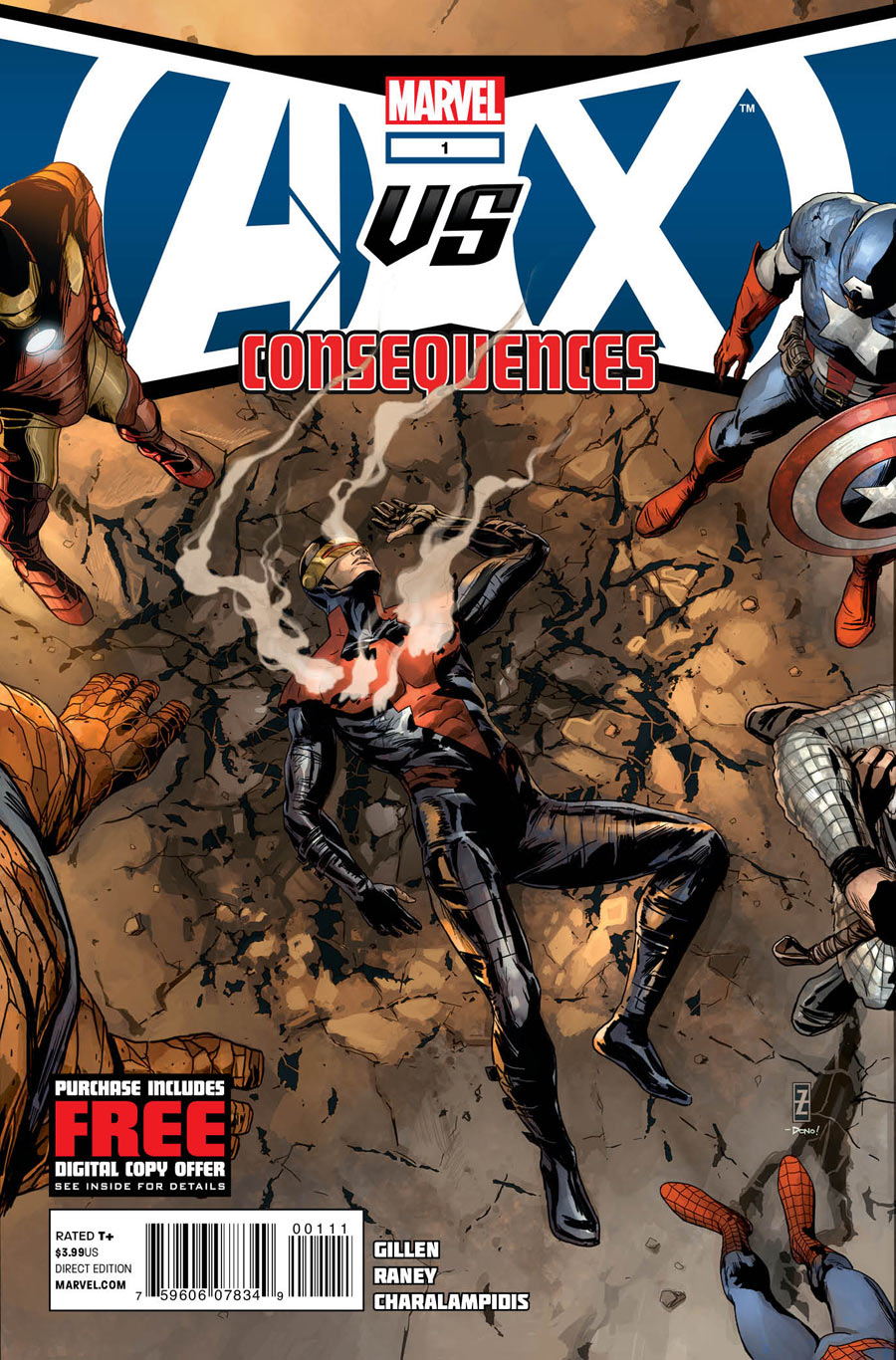 The battle may be over, but the war is far from done. Whether you loved or hated the series, a lot happened, most of which happened off-screen, or at least in all of the tie-in issues that a few people were bound to miss. Because of that, and because so much information was being presented anyway, how are we to transition to this new Marvel NOW status-quo without first coming to terms with what has just transpired? That’s where Avengers vs X-Men: Consequences comes into play. Kieron Gillen is determined to answer all (or at least most) of the questions that the readers have regarding the 13-issue behemoth that was Avengers vs X-Men and for the most part, he sets up a mini-series that is sure to deliver.

The Phoenix Force Five have been stopped and Cyclops has been dragged off to jail, but there is still plenty left to be done before they can call it a day. Cities need to be rebuilt, new alliances need to be formed and the missing X-Men need to be found and held accountable for their actions, all while new mutant hunters are out looking to stop the new crop of mutants. Wolverine and Captain America have come together to try and plot out a plan, but they’re only two people and can only do so much. So instead of trying to solve all the problems, Cap tasks Wolverine with finding the missing X-Men while he goes to find people for his new team (Uncanny Avengers). While all this is happening, Cyclops is adjusting to prison life and it is far from peaceful if you know what I mean.

Gillen was handed a lot to handle and for the most part he’s set up the foundations for a good mini-series. When you have 13 issues, countless tie-ins and a whole backlog of history to go through and only five issues to bring it all together it can certainly be hard. Gillen focuses on the human element of it all, talking and diplomacy, rather than the action element that Uncanny Avengers has already shown off. Wolverine and Cyclops work as the protagonists because their scenarios can and are isolated from the rest of what’s going on. Cyclops is still hard to sympathize with, but Gillen at least attempts to have us see things from his point of view.

Tom Raney handles the art duties and does a solid job overall. Some of the characters look slightly cartoonish and over-the-top, but the overall product works. Backgrounds and set pieces look good, the action, when it’s there, flows well and overall it’s solid work. Nothing too impressive but nothing to complain about either.