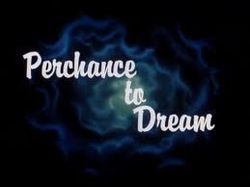 Synopsis: [From IMDB see: here] After being knocked out in a mysterious warehouse, Batman wakes up in a world where his parents are alive, he is engaged to Selina Kyle, and someone else is Batman.

Regarded as one of the best episodes in the series, Perchance to Dream stands as one of the best studies of Batman/Bruce Wayne’s character that has ever been undertaken in any branch of media. That’s a pretty big claim, considering the breadth of media that surrounds Gotham’s Dark knight protector, yet it’s a claim that stands wholly justified upon re-watching the episode.

Like many of Batman: The Animated Series best episodes, Perchance to Dream not only keeps its premise and plot simple, it also opens with an intriguing question that draws the viewer in. The episode begins with Batman tracking several thugs into a warehouse, only to then find himself being knocked out and awaking in his bed. Here, Bruce finds himself caught up within a world where someone else is Batman, his parents are still alive and that he is engaged to Selina Kyle (who has no recollection of her Catwoman alter ego). Yet as he continues upon this perfect existence, he soon begins to learn the dark truth behind this paradise; a mystery that keeps the audience guessing and leads directly to a confrontation with the Mad Hatter and the dark knight himself.

While the summary above does not do Perchance to Dream justice, this episode truly succeeds as a comprehensive character study of Bruce Wayne’s psychology- that of his obsession and compulsion to be Batman. Here, we find a world where Bruce Wayne is given everything he could possible want. His parents haven’t been murdered by a gunman, so there is no motive for revenge, and he is engaged to the woman he truly loves, something not possible due to his Batman persona (Though Tom King would say otherwise!).

Yet, it is a seemingly idyllic existence that Bruce cannot accept. While many a weaker man may have been happy to accept this new life for himself (and even Bruce initially appears to succumb to it), as soon as he learns that this reality is a fake, he becomes crazed, desperate to find his way back to the real world. As such, the episode illustrates two aspects of Batman’s character. Not only does it interrogate Bruce’s obsession with his Batman persona, suggesting that Bruce Wayne actually enjoys beating Gotham’s criminals at night, it also shows his dedication to his role as Gotham’s protector and how he places Gotham’s interests ahead of his own happiness.

Such material is further improved by the excellent voice work of Kevin Conroy, who gives a masterful vocal performance within this episode. Here, Conroy offers a performance that exudes a range of emotions including: crazed mania, happiness, anger and even a solemn sense of tragedy. Through Conroy’s performance, the audience really gets to grips with Bruce’s journey in this episode, allowing them to sympathise and engage with the dark knight, as well as gain new and important insights into his character.

While Perchance to Dream’s focus may be on Batman and Bruce Wayne, the episode also functions as a strong Mad Hatter episode. Within the episode, it is revealed that Batman has been captured by the Mad Hatter and placed within a dream machine of the villain’s own devising. When Bruce learns he is in the machine (achieved through the  fun, but implausible plot device of not being able to read during a dream) he believes that this world’s Batman is the key to returning home. When Bruce confronts his alter ego, he eventually comes to learn that the Mad Hatter is responsible for him being trapped in this world.

“You of all people have the gall to ask me that?!? You ruined my life! I was willing to give you whatever life you wanted… just to keep you out of mine!”

While the motivation may appear darkly humorous, it is one that feels fairly inventive and interesting for a villain, one that could only work with the Hatter’s characteristic criminal exploits.

Outside of the excellent writing and plot, Perchance to Dream also comes complete with crisp, clean animation, offering some of the best animation in the series to date. The episodes final scenes particularly exude an explicit Gothic flair; the final sequence also homaging Hitchcock’s Vertigo, as Bruce faces Batman atop a church’s clock tower. In fact, perhaps the weakest element within this entire episode’s composition, is that of Walker’s score, which even then is extremely serviceable throughout the episode, if not memorable.

Overall, Perchance to Dream is easily one of the best episodes within Batman: The Animated Series’s entire run. A beautifully animated and well-crafted insight into the Batman character, Perchance to Dream offers one of the best exposes on his psychology and what motivates him, while also keeping the audience constantly guessing throughout. A must watch not only for fans of both the series and the character, but also excellent TV writing.