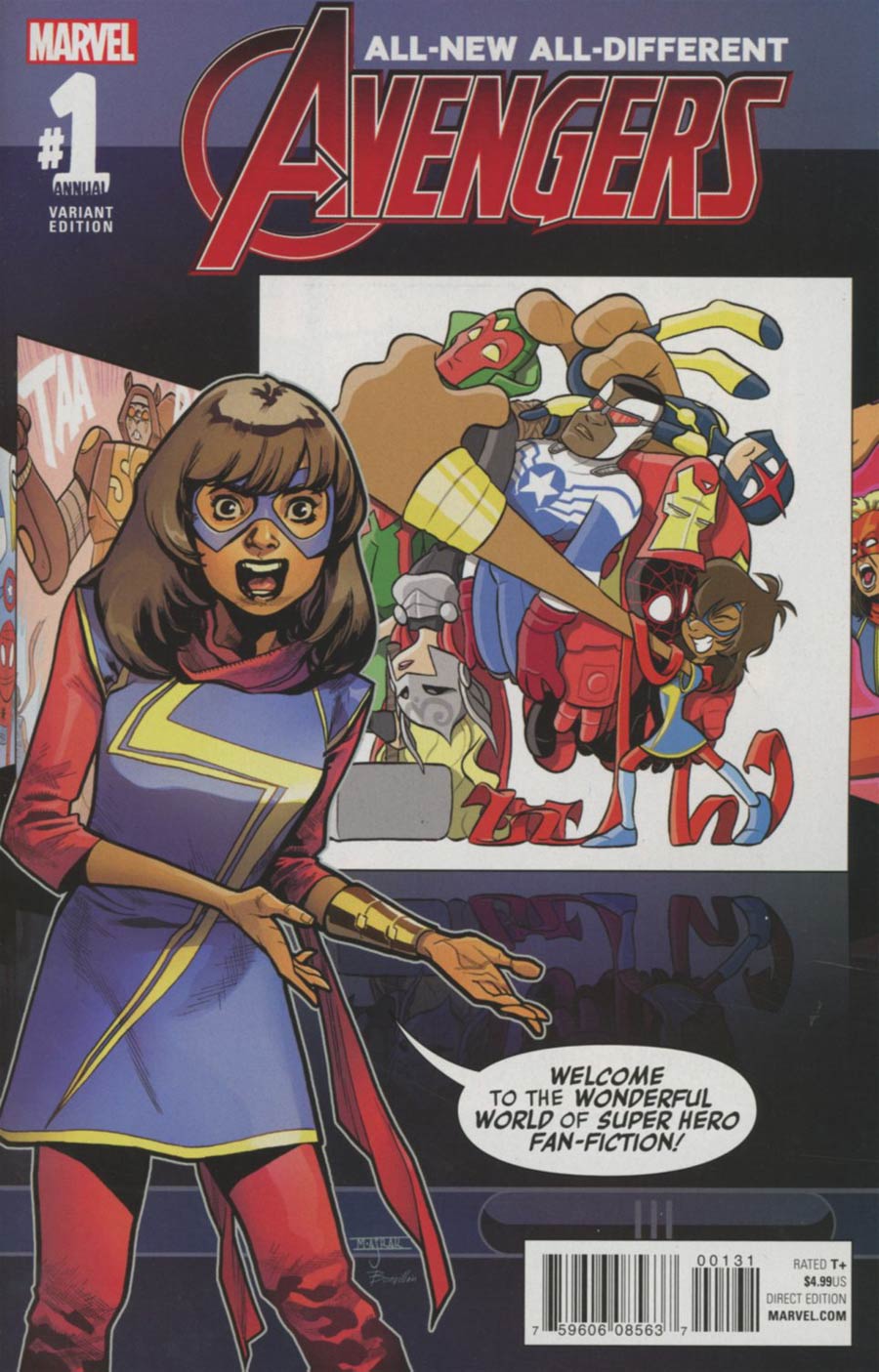 Ha ha ha! Yay! Would you look at that face? Long live Kamala and her weird, wacky world of fan-fiction! 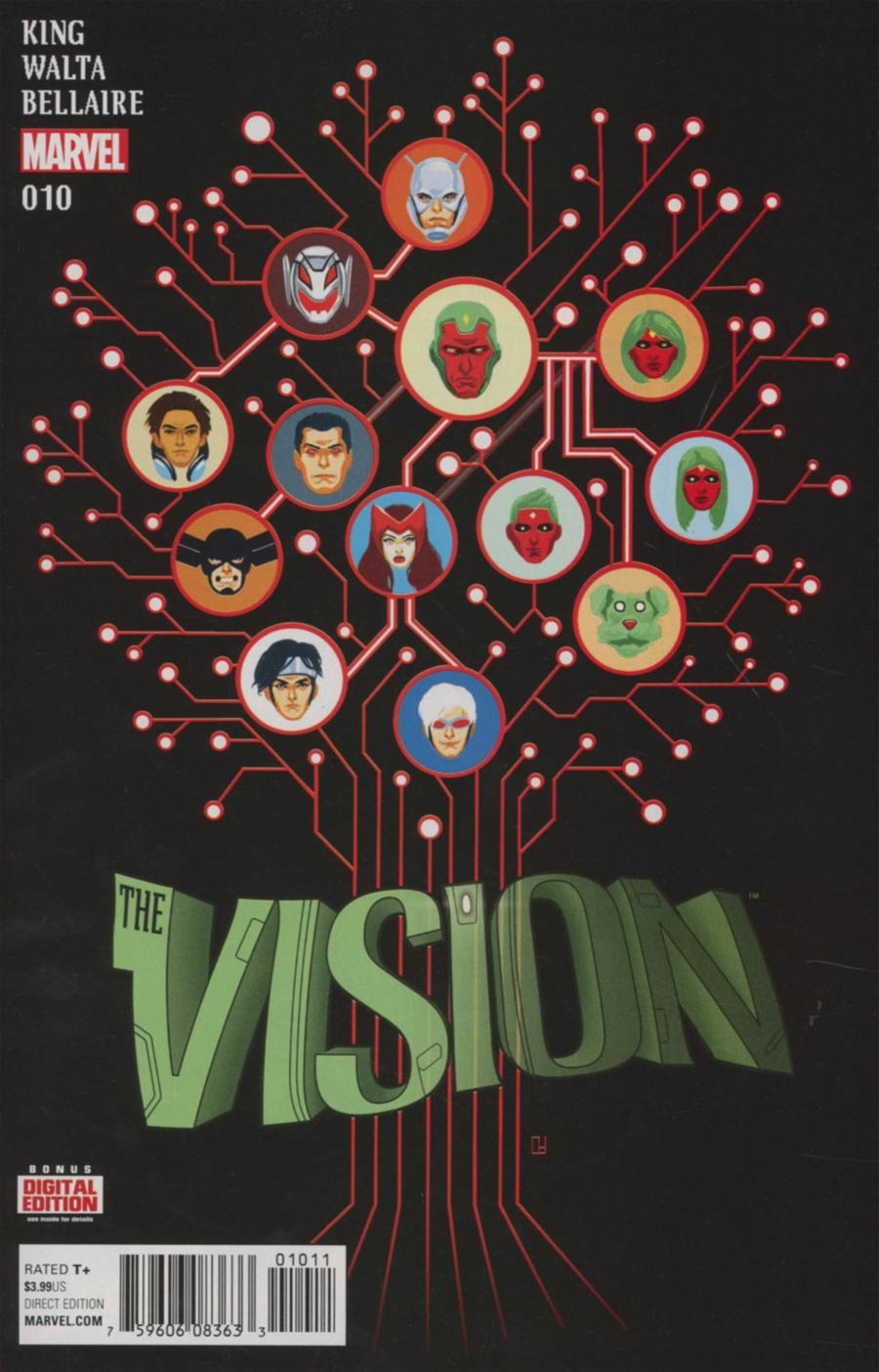 You can pick your friends, but you can’t pick your family. Thankfully for The Vision, he’s got some pretty incredible individuals attached to his family tree. 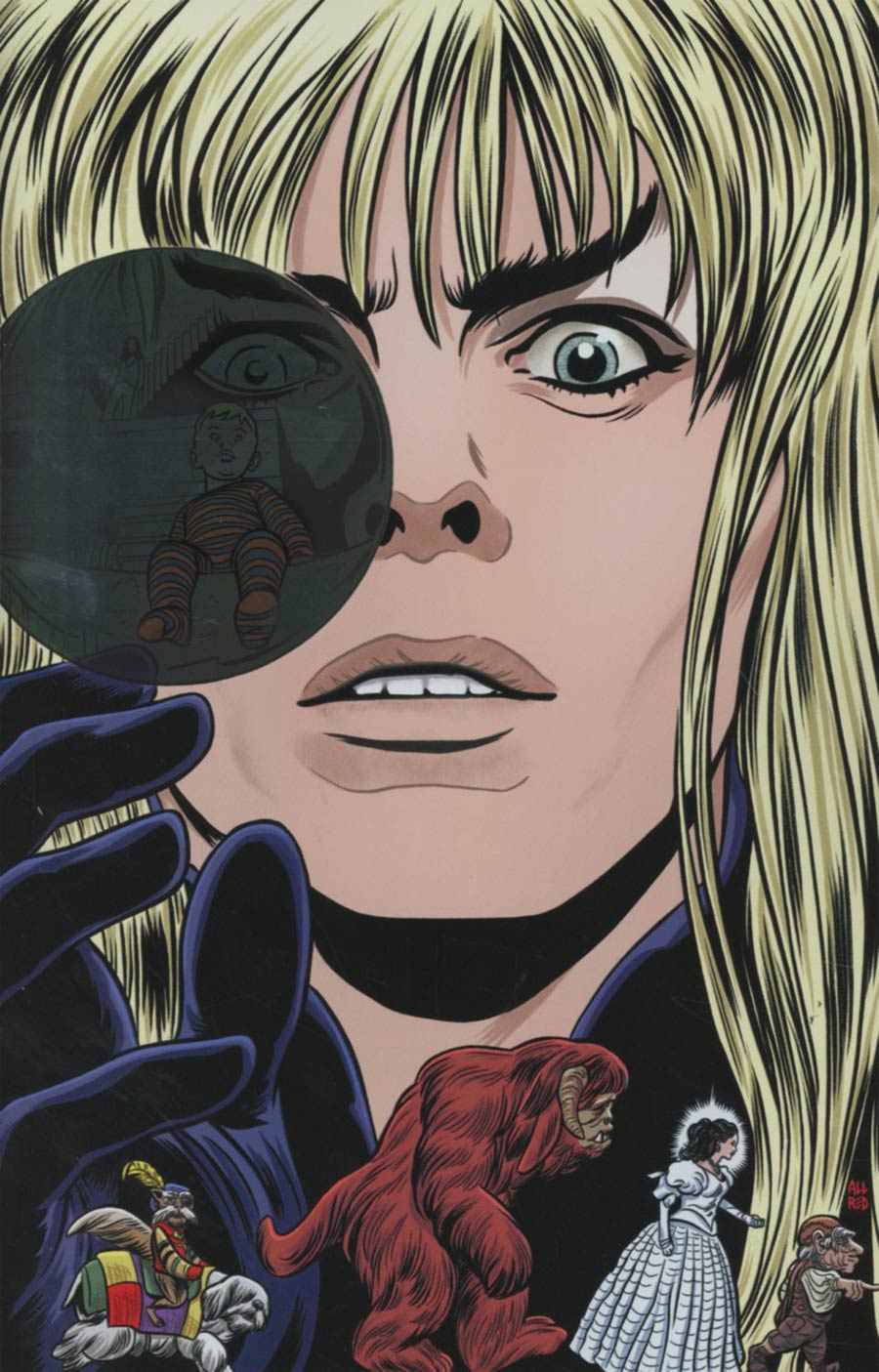 Oh wow! This cover reminds me of the babe! The babe with the power, that is!

Art and Cover by Erwin 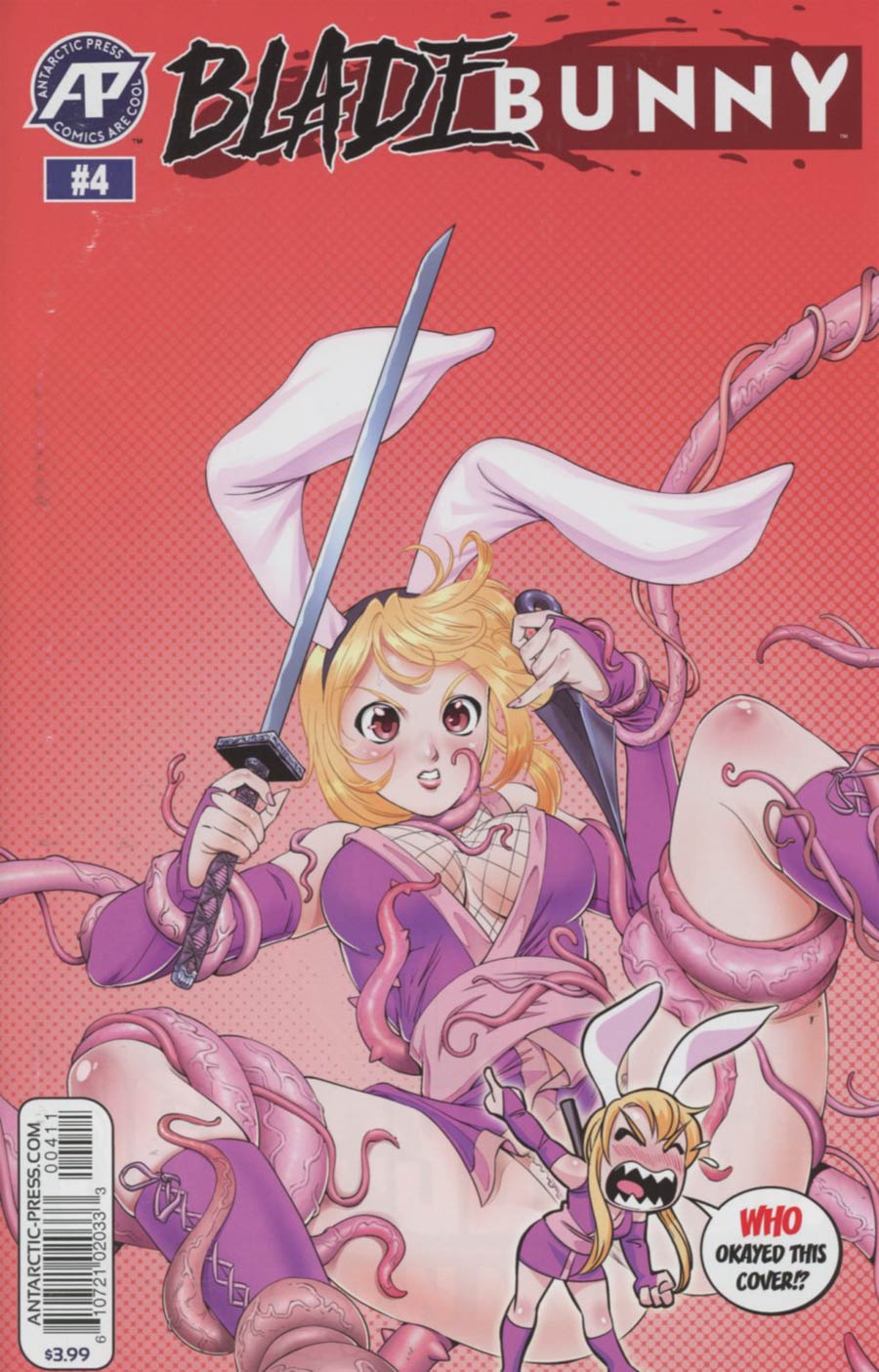 HA HA HA HA! Yeah yeah, I know, I know! Listen, I fight the good fight for a lot of things here at Talking Comics, but every now and again I’ve got to cut loose. I love the hilarious and strategic placement of the characters on this cover. 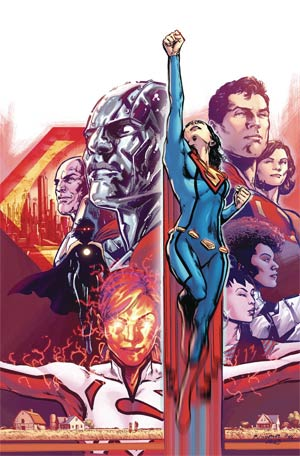 Of all the new DC series except one, this series by Phil Jimenez was the new DC that I most looked forward to seeing! Speaking of that exception… 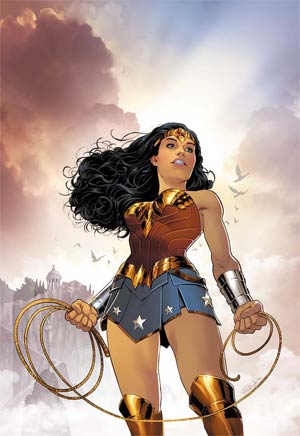 Ms. Nicola Scott delivers another powerful yet graceful image of a character that she was born to draw! 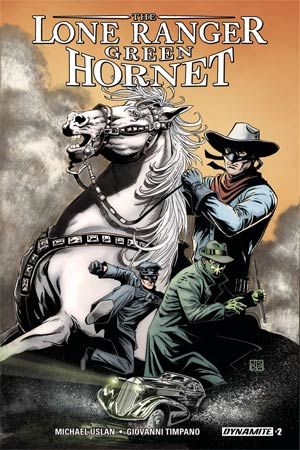 Similarly, this image by Jan Duursema (the first woman to draw Wonder Woman in her solo series!) captures the impact of these iconic radio characters. 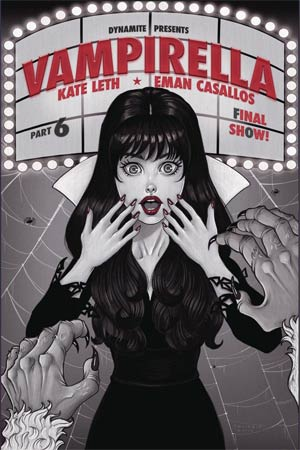 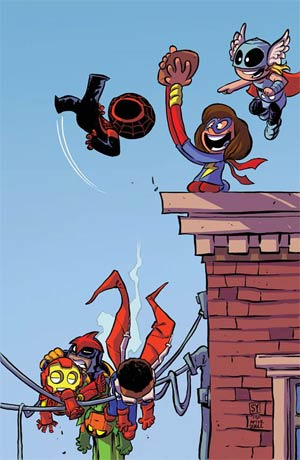 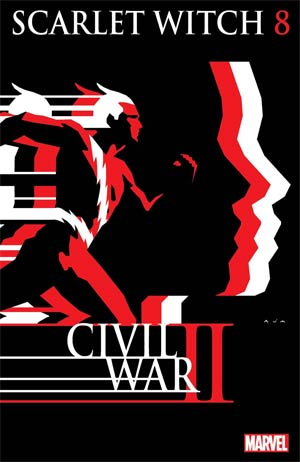 Thanks to the artistry of Mr. Aja, this might be the first time that I don’t mind seeing “Civil War” slathered on the cover of a book that I’m buying! 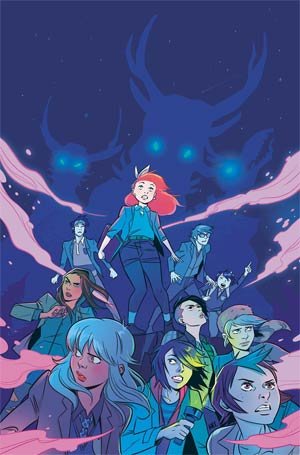 I love the “Uh-oh…” vibe of this cover by Natacha Bustos, who does such a fabulous job on the interior art of one of my favorite books Moon Girl & Devil Dinosaur–which if you’re not buying, you should be, take it from your Cranky Old Uncle Bob…and Dr. Mara, too!

No Man’s Sky is all the rage right now in the gaming community, and the band 65DaysofStatic have crafted one hell of a soundtrack for it. Seriously, I’ve been listening to this for days on end, it’s fantastic!

This is a column featuring Favorite Comic Book Covers of the Week 08/10/16 as chosen by Steve Seigh and Bob Reyer of Talking Comics.