For my latest interview, I sat down with long time friend and fan of Talking Comics, Kyle Roze. He’s a super cool guy who is always excited to talk about the latest in pop culture, especially when it’s touching on important social issues. You may know Kyle as Superbad Larry on Twitter and you can also find him on Instagram at @captkyleroze. 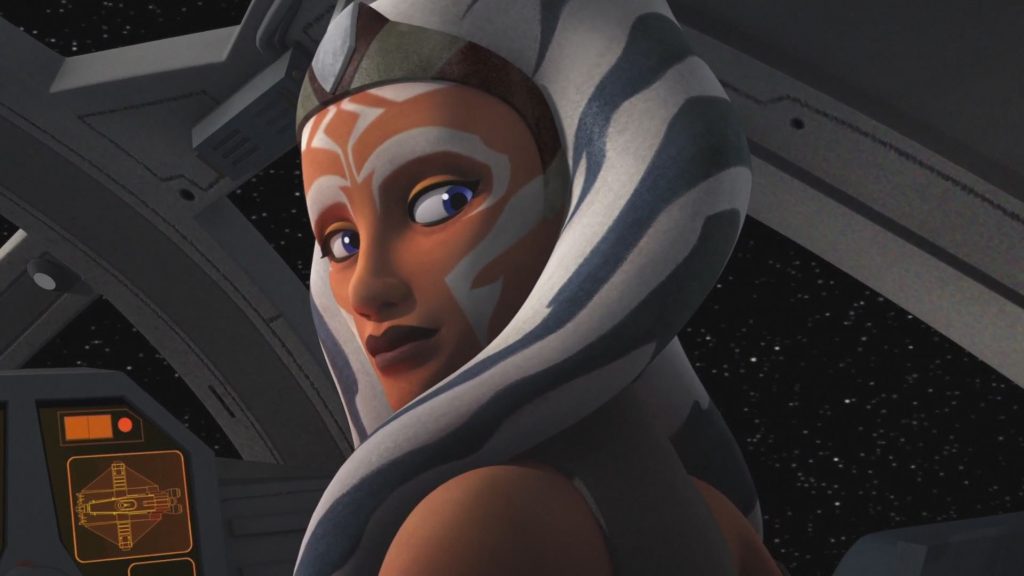 MM: So, Kyle. I’m interested in why people feel they have very personal connections to a character. Do you feel like there is a character that has influenced your life in this way?
KR: Yes. I have been influenced by many over the years, but the one who stands out the most is Ahsoka Tano from the Star Wars universe.
MM:  Ah, she’s so great! I’m not caught up on Rebels, so I’m excited to learn more about her. Oh, wait, she’s in Clone Wars, too, right?
KR:  It’s great, because she is in both! One of a chosen few so far. Honestly, it was the rumor that her character would appear that partially kept me interested in Rebels to begin with.
MM: So, she is a very interesting character for you to choose. If you were to ask me to guess who you’d pick, I wouldn’t think of her! Please tell me why you feel this special connection to her.
KR: Sometimes I think about these kind of things sort of mathematically and emotionally at the same time.  I have come to realize that Star Wars is my favorite fiction. And that is taking in all of the bad with the good. I saw the first movie when I was two years old, so I go way back with the franchise. A character who would mean a lot to me would have to come from Star Wars, right?
MM: What is it about Ashoka that makes you feel like she’s the “personal connection” that I’m looking for? 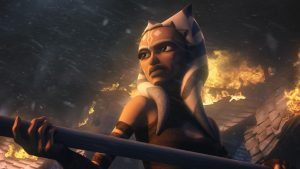 KR: We are introduced to Ahsoka as a green recruit. Not just to being a Jedi but also having to fight in a war. The things that she failed and  succeeded at in that first Clone Wars animated film really made an impression on me. I often times have been thrown in to certain situations and have failed and succeeded so I could instantly identify with her. I can also identify with having not the best of teachers (Anakin in this case).
MM: But, she probably learns from seeing Anakin make mistakes, right? Have you had to do that at some point, too? Realize someone you’re depending on to teach you maybe isn’t the best example and decide to learn by watching them mess up? 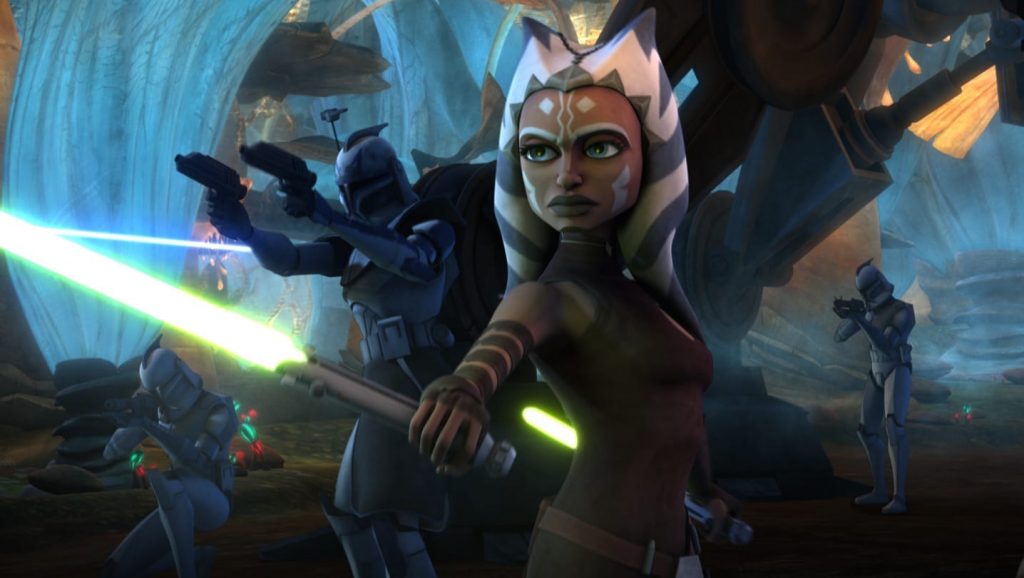 KR: Many times over. The other part about Anakin is that in The Clone Wars, he is often portrayed as someone who breaks the rules to get the job done. Which is something else I identify with, from experience but also as an artist who tries to forge my own path, and doesn’t always have the resources to do what I need to in the correct or proper way. Ahsoka is someone who constantly thinks on her feet and tries to make the best out the lot she is given.
MM: You mean she’s resourceful?
KR: Yes, she is very resourceful and also brave, which is another of her qualities I admire. It takes bravery to forge a new path most of the time. I know that her character was written to parallel Anakin a lot, but while we know how it ends with Anakin, we have no idea how it ends with Ahsoka. She has been a clean slate that is written right before our eyes.
MM: I haven’t watched the animated series much, but from what I hear, her character has done a ton of growing too.
KR:  Absolutely. I feel that it is a rare thing to see a character age and grow like we have seen Ahsoka go through her life. She is 14 when we first meet her and now, in Rebels, she is around 30.
MM:  Wow, that’s a hell of a lot of growing! More than I knew. Tell me what you see as her value in that universe. Like, what makes her character so important vs other, maybe more major characters?
KR: 1) She is a female Jedi. This is huge for that universe and for American TV. We have so many male action heroes and much fewer female ones. Growing up, I had Wonder Woman, Jaime Summers the Bionic Woman and Charlie’s Angels. The rest of the female heroes were usually “side kicks” or support characters like Bonnie, from Knight Rider. So, for Ahsoka to be on the front lines with Obi-Wan, Anakin, Mace Windu and Yoda is massive.
2) Ahsoka is someone who is also constantly questioning what is going on around her. She fits into the command structure and is a good soldier. She is rarely outright subordinate. But she also sees the galaxy with fresh eyes and calls out the status quo. So, she has helped Padme root out corruption, she has supported her troops to a fault sometimes and she has pushed for victory when her comrades saw no hope of it.
3) Ahsoka is also important to the fandom as a meta example of how a character can be great despite the flaws in her creation and the universe at large. For example, we meet Ahsoka as a 14 year old Jedi warrior who wears a tube top into combat for one whole movie and two and half seasons of television. It’s weird. 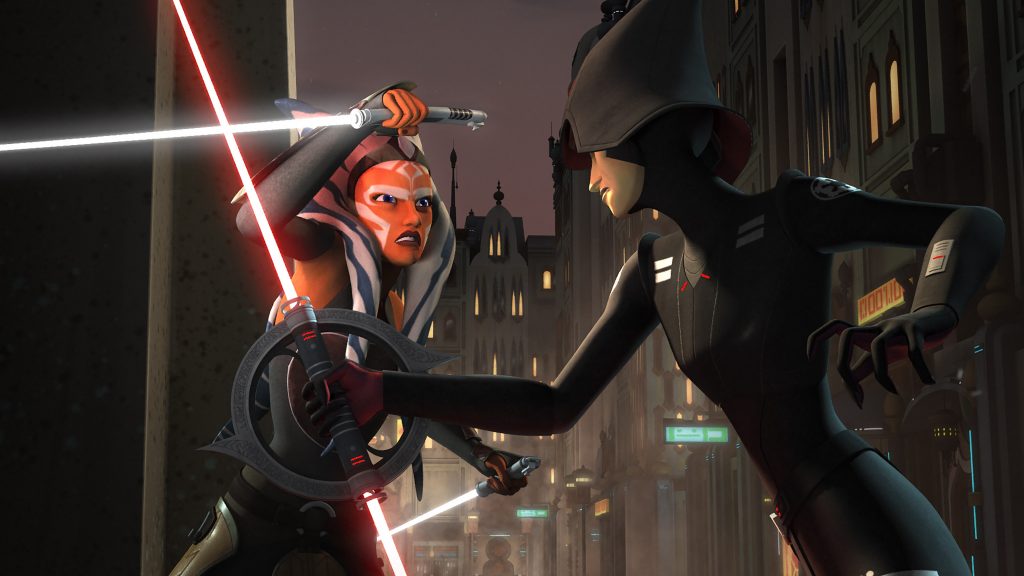 MM: So, when will you be cosplaying Ashoka?
KR: Probably never because in all seriousness, I get so hot at conventions from walking around with loot and what not that I cannot imagine wearing her leeku (headtails) for 4 days straight! I really give it up to cosplayers, they really make it look easy. I know for a fact it’s not! I would and will totally wear a t-shirt with her likeness though. Shout-out to Ashley and her company Her Universe cause they will probably have a shirt in my size!
MM: You could make the leeku inflatable so they’re super lightweight. Ok, I’ll stop
KR: You are giving me ideas for a Rule 63 version of her! Wow, I had never considered that before. Actually, I would have to look that up because I don’t think I have ever seen a male member of her species, the Togruta.
MM: Thank you again for giving me your time and sharing this with me! It’s been super fun.
KR: Thank you! This was great! 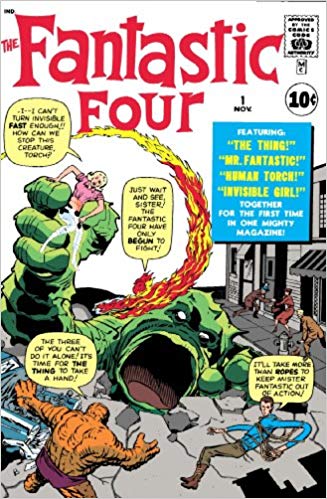