Lots of news got announced before recording commenced so Tom Holland getting cast as the new Spider-Man is a topic of discussion, Kelly Sue DeConnick leaving Captain Marvel (and the new team that’s coming on board), Noelle Stevenson leaving Lumberjanes and all sorts of other things get brought up.

Here’s a couple other things mentioned in the show: Secret Loves of Geek Girls (OMG Stephanie has to write a thing for a thing… supposing the thing is funded!) and we’ll be talking a bit about this piece by Kieron Gillen regarding sales numbers from someone that it directly affects next week so check it out if you want to be informed.

The Fiction #1 by Curt Pies and David Rubin.

Next week’s #TCBOTW is: Mulan Revelations #1 by Marc Andreyko and Micah Kaneshiro 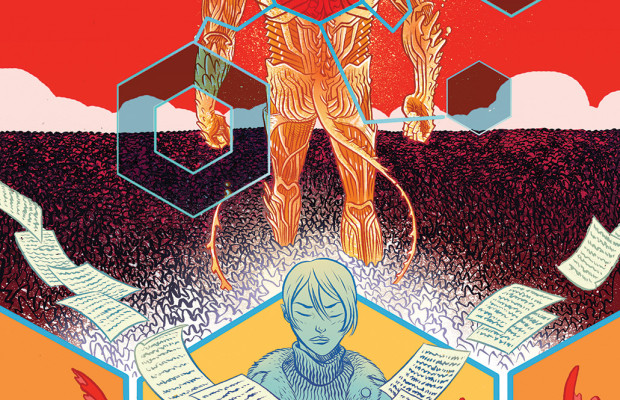