This is a title that I have grown to look forward to getting every month from the very first issue. I checked out Letter 44 purely because I have been loving everything Charles Soule has been writing as of late, and also because the concept behind it seemed like a pretty good story to tell. So combined with those two factors, I picked up issue 1 of Letter 44 and absolutely loved it. 17 issues later and I am still enjoying it, thoroughly. 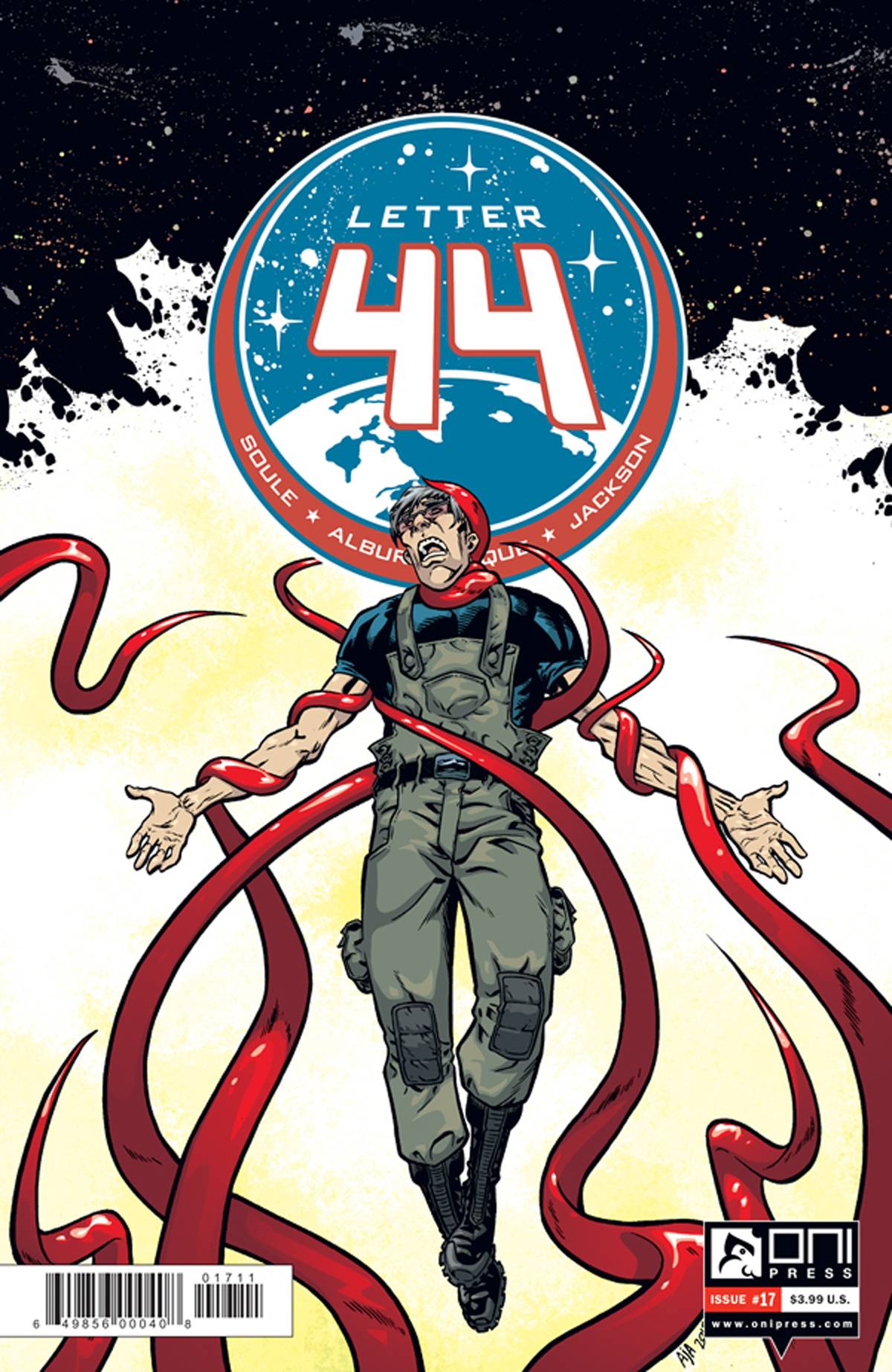 Charles Soule’s recent work on Marvel’s She-Hulk, Inhuman and the Death of Wolverine, as well as his previous outings at DC with regard to Swamp Thing and Red Lanterns, always manages to hook me and keep me involved in the stories he tells. I think that the art by Alberto Jimenez Alburquerque found in every issue of Letter 44 is stunning. It may not be for everyone but he captures all the exciting moments with elegance and allows me to get swept up in the story even more.

The story of Letter 44 is simply this, Each president receives a letter from their predecessor when they take the oval office, and the newest president, Stephen Blades, learns a secret when he reads his letter, not only do aliens exist but NASA had previously discovered 7 years ago an alien construction on an asteroid belt. They sent a team to investigate and they are almost at the end of their journey. I’m not going to spoil anything here also.

This issue deals with a few new revelations that have occurred in the previous books, as well as a few new ones, with a final page that shocked even me! Letter 44 is a title that I can always rely on to pick me up after a bad or long day. The art simply draws me into the world and makes me feel like I’m right there with the characters, living out the journey alongside them. I highly recommend this title if you are a fan of science fiction, or enjoy the creative efforts of either Soule or Alburquerque. It’s my hope that you will not be disappointed.