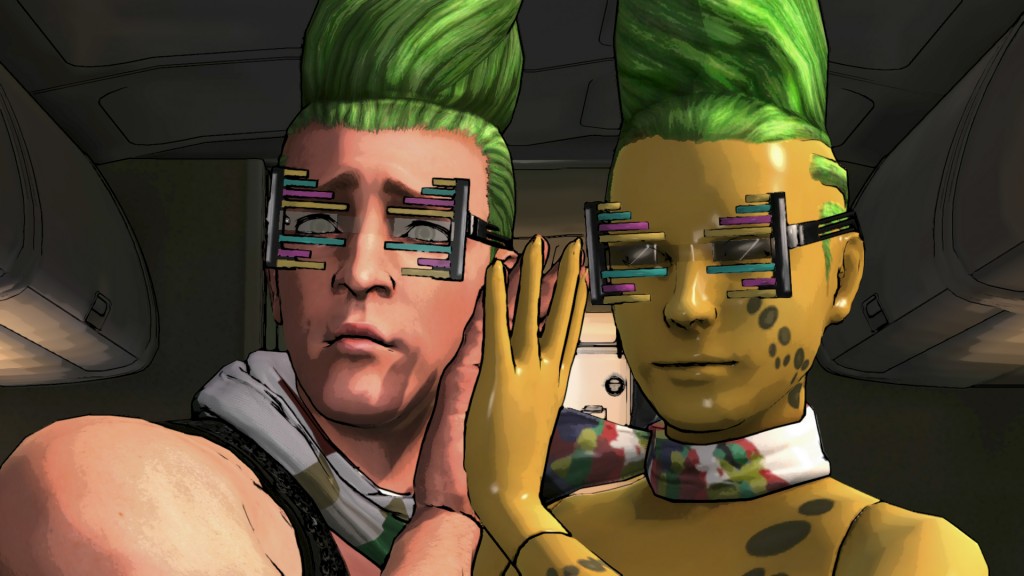 D4  is an episodic, downloadable,adventure game and it is weird. WEIRD. Its basic story, a man searching for the person who killed his wife, is pretty par for the course However, when you add the fact that he attempts to solve this case by traveling through time, or that he lives with a woman who acts like a cat, or that you control all of this with the Kinect sensor and suddenly the game looks anything but ordinary.  Dark Dreams Don’t Die is entertaining from moment one, features fascinating, if utterly bizarre character, and even showcases one of the stronger narratives I played this year. It’s also worth noting that it uses the Kinect in some amazing and fluid ways. Sure, their are some frustrating moments, but the highs far exceed the lows. 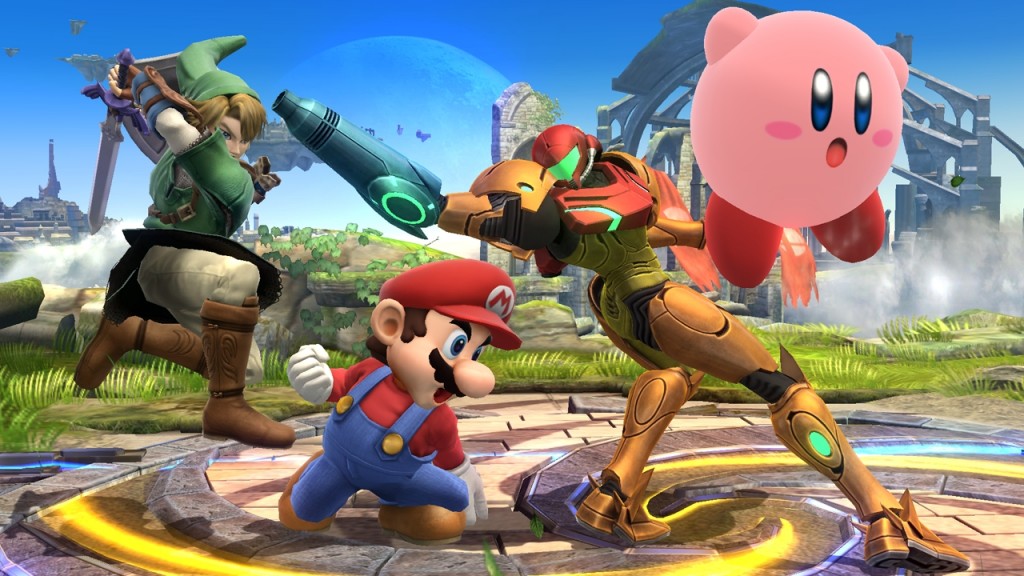 I didn’t play as much Super Smash Bros. WiiU as I have past iterations. That has nothing to do with quality and everything to do with me being an old man who doesn’t sit in the same room as 4 of my friends anymore. When I have played Smash Bros. it has been the most pure fun I’ve had all year. The 8 player matches are beautiful chaos that showcase Smash at its best. Link shooting a super scope six at Little Mac while the stage you are on flies through space and a computer controlled Waluigi smacks another opponent in the face with a tennis racquet. 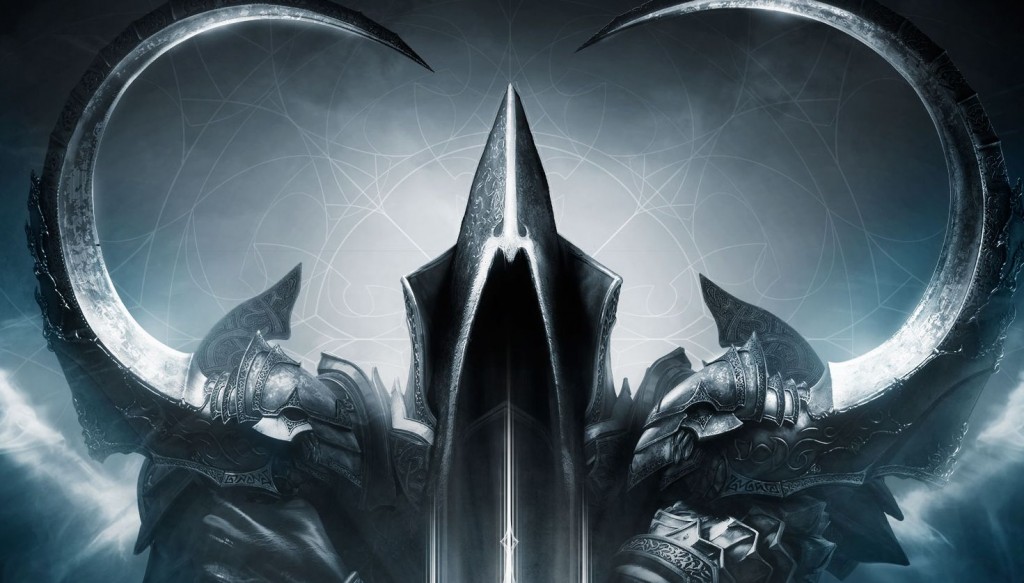 There is a beautiful simplicity to the mayhem of Blizzard’s action loot fest. It’s almost serene to cut through the hundreds of enemies the game throws at you all while collecting tons and tons of multicolored and awesome looking loot. Oh, the loot! Nothing sates our compulsive gamer tendencies more than picking up that new item that has slightly better stats than the one we are currently using.  That fantastic feeling of taking down a beast of an enemy to be rewarded with the blinding orange light of a legendary item. It’s one of those special moments only games can offer and no game does it better than Diablo 3. I had a ton of fun making my way through the dungeons and fields of Sanctuary and I would gladly revisit it any time. (Even if I didn’t pay attention to the story) 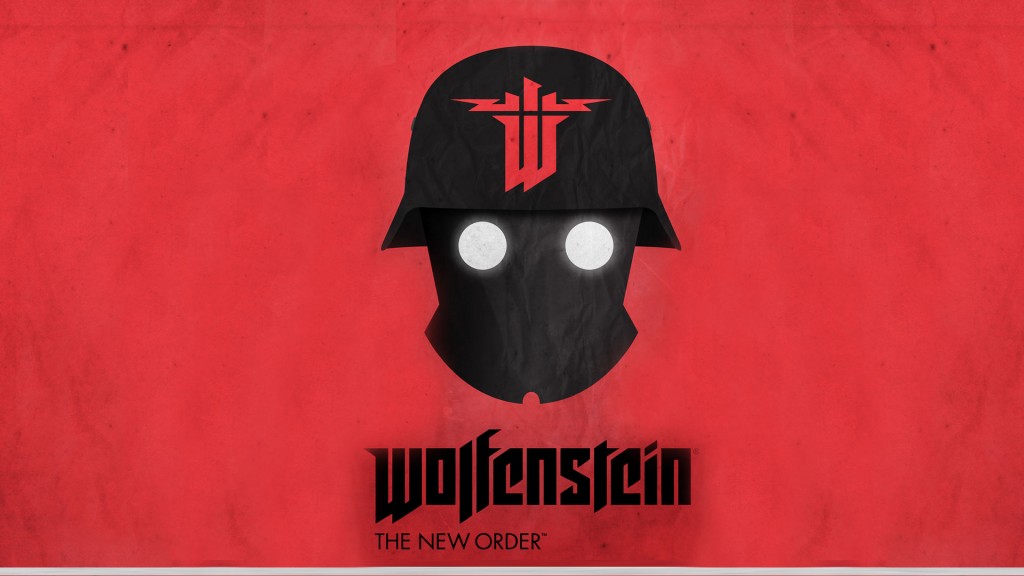 I love first person shooters, I love alternate histories and I love deep stories. Wolfenstein: The New Order is a fantastic example of all of these.  It’s unbelievable that developer Machine Games was able to take the original meathead protagonist B.J. Blazkowicz, and turn him into a layered and complex man. Add to that the full compliment of dynamic side characters and you have a believable breathing world. The standout of those side characters is Anya who journeys from scared nurse to full fledged war hero. The game is also rife with a huge amount of newspaper clippings, advertisements and letters that help to fill out the state of Wolfenstein’s world. The game’s shooting is rock solid and features an array of non shooting activities to in first person that constantly keep the gameplay fresh.  It’s one of the most surprising and best games of the year. 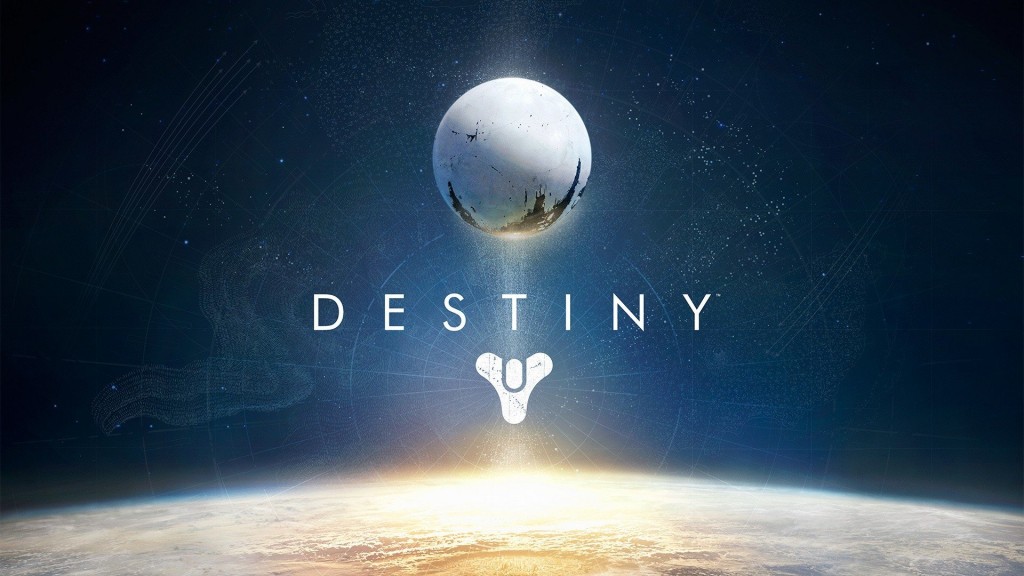 Destiny has so many problems. The mission designs are uninspired, the story telling is bad and its randomized end game leveling system is frustrating. So, why is it on this list? The answer is simple. The game is so fun to play that I don’t care about any of those faults. I spent more time playing Destiny than any other game this year and thats because its core shooting mechanic is the most satisfying I’ve ever experienced. If you add to that the social aspects of playing through the game with friends and Destiny becomes more than just a game. It becomes a place to forge new friendships and strengthen new ones. Its a special thing and it makes Destiny much more than the sum of its parts. 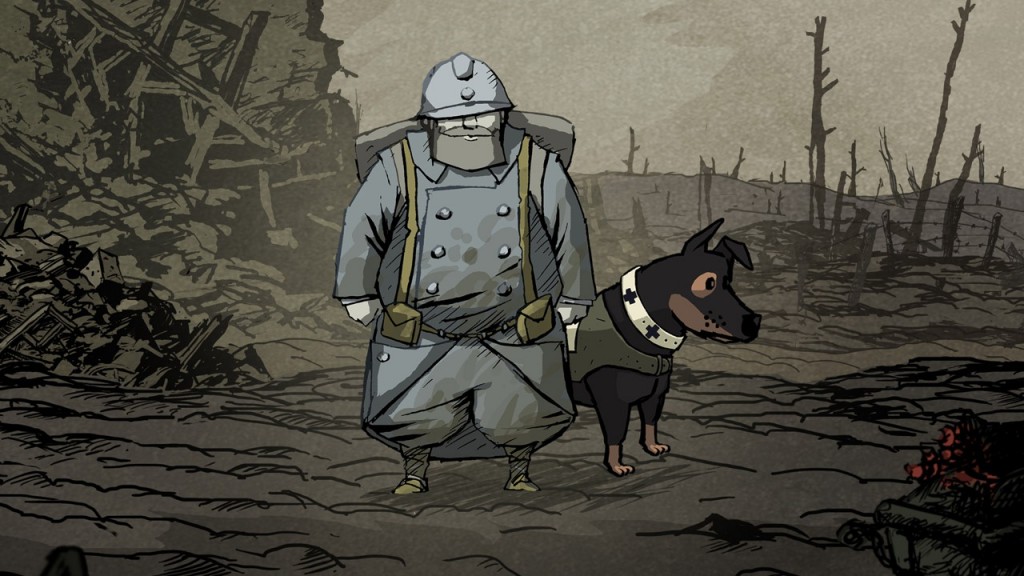 Valiant Hearts may appear to be a simple straightforward puzzle game, but what lies beneath the surface is something much deeper. Valiant Hearts is a game about war and the very human struggles that pervade it. The main character Emile goes on an amazing journey from a man who is fighting for himself to a man fighting for the soul of his country. Then there is the way the story wraps up, which is one of the most effecting I’ve ever seen in video games. 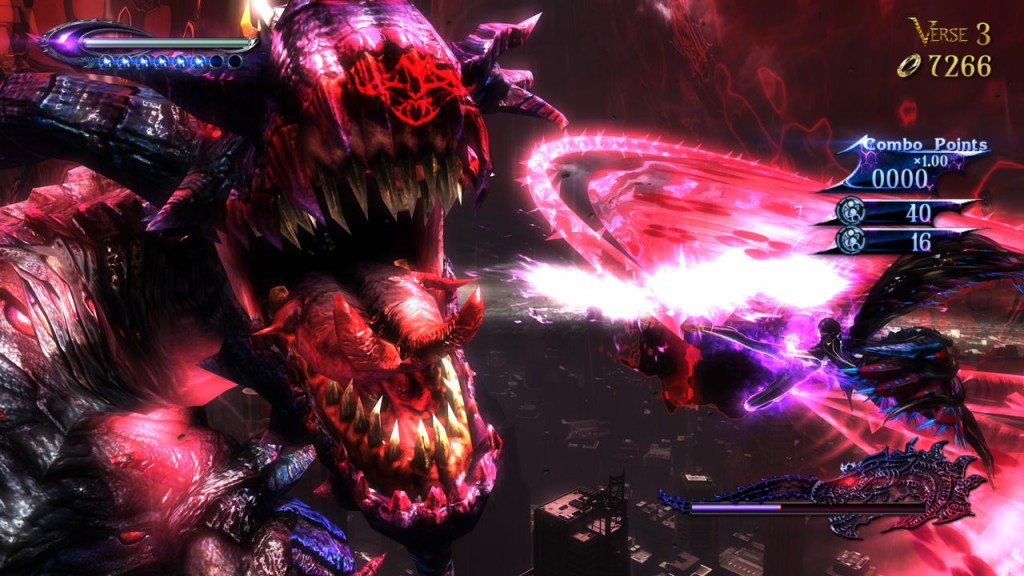 This game is f$%^ing crazy. CRAZY. Bayonetta 2 starts off with you fighting angels riding an out of control jet, then sees you summoning a giant dragon to fight on your side, only to have that dragon turn on you forcing you to fight it on the side of a skyscraper. Thats the first chapter of the game. If that doesn’t sell you then perhaps the game’s flawless combat will? I’ve never been a big third person action game fan, but Bayonetta 2 made me forget about that because it was just so damn fun to play. The game also runs at a rock solid 60fps under the strain of some of the most intricate and epically rendered battle scenes I’ve ever seen. It’s a sterling example of what great art design can do to overcome the WiiU’s less powerful technical specs. Each big moment in Bayonetta 2 feels like something that can’t be topped and then developer Platinum Games tops it in the very next scene. There is one word that can be used to describe the game over all others….WOW. 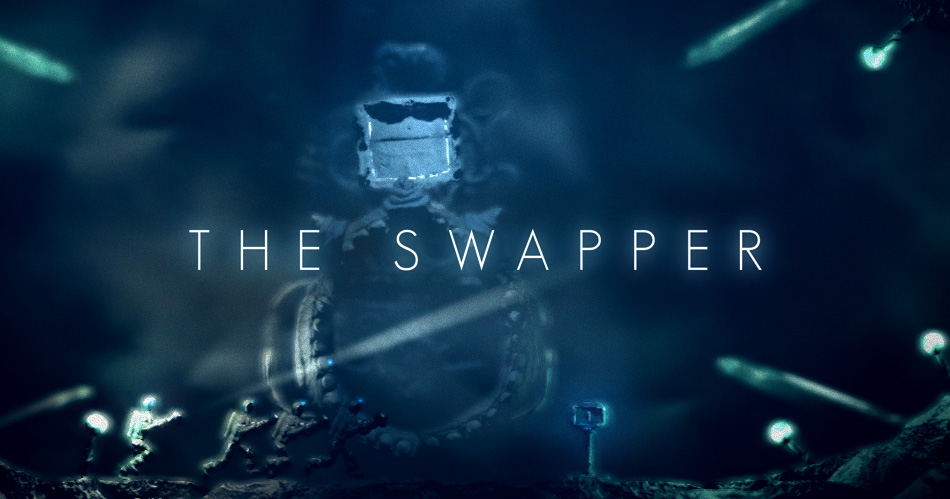 I adore heady puzzle games. I love staring at a screen and breaking down the options each scenario’s geometry and rule set have given me. There is no better sensation in gaming than putting together the answer to a complicated puzzle. I also hate them. I detest that feeling of not knowing. That nagging sensation that I’m the stupidest man on earth for not solving something. It’s only the best puzzle games that marry these two head spaces together and The Swapper does it as well as anyone does. Add to this its amazing art design and its moody philosophically interesting story and you have a true achievement in gaming.  And that ending….that ending!

2. South Park: The Stick of Truth 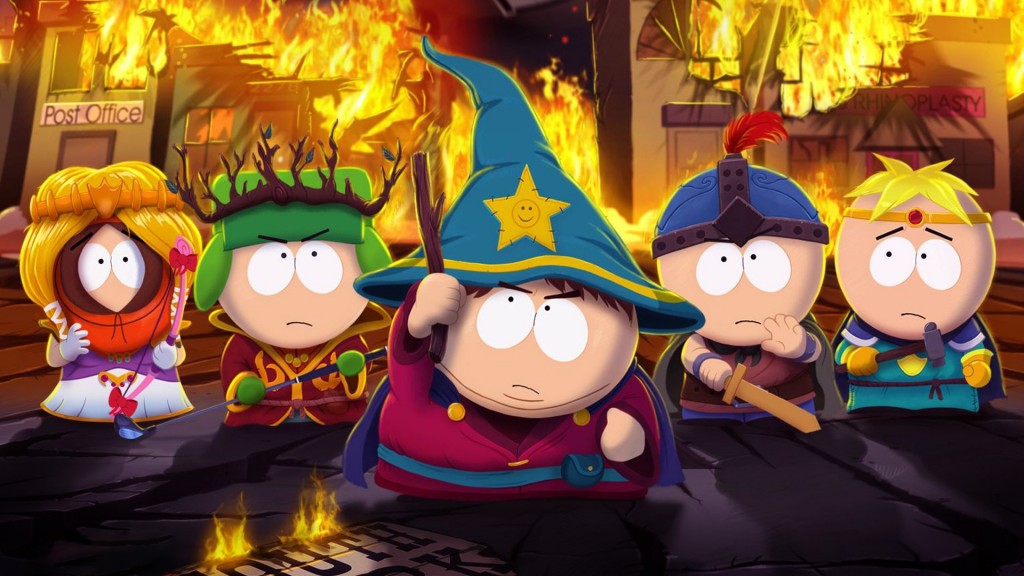 You know how I said Bayonetta 2 was crazy? Well, let me introduce you to South Park: The Stick of Truth. This RPG from Obsidian Games and the minds of Trey Parker and Matt Stone is the video game version of the iconic show we’ve always wanted. Stick of Truth is indistinguishable visually from an episode of the show and it is just as funny. In fact, I go as far as to say its the funniest game I’ve ever played. Whether it be battling the Under Pants Gnomes underneath your father’s swinging balls, summoning Jesus to fight for you in a battle or having to take on Khloe Kardashian’s Nazi Zombie Fetus, the game never loses the bite the show has become so known for. I loved every moment I played in Stick of Truth and I believe its a triumph of what licensed games can be. 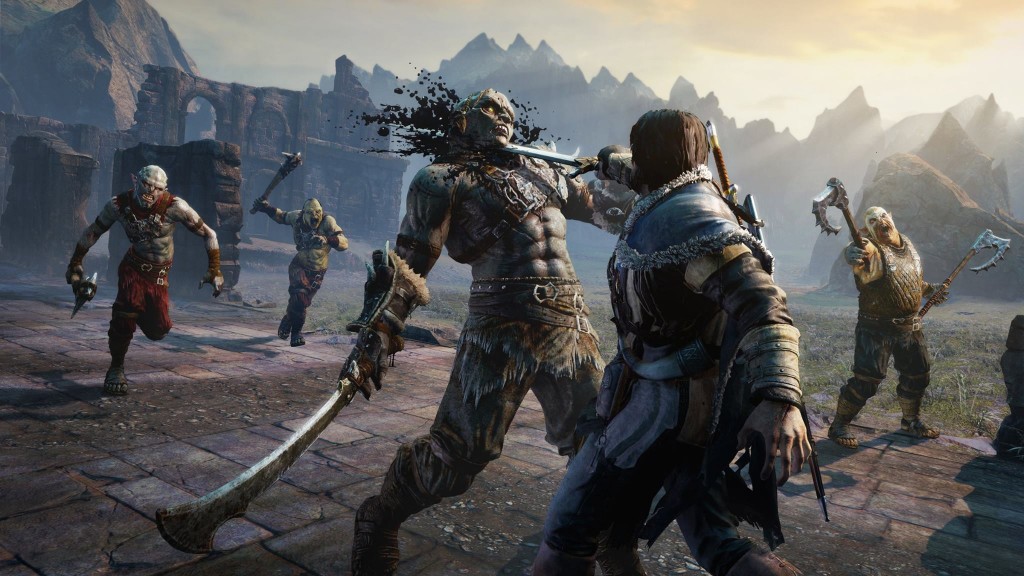 I was all set to crown South Park as my game of the year and then along came Middle of Earth: Shadow of Mordor. On its face the game may look like a mash up of other popular series. But, while the game features Batman combat and a traversal system that resembles (but is better) than that of Assassin’s Creed, it’s much more than just an also ran. Mordor features something called the Nemesis System and its an absolute game changer. Instead of a static hierarchy of enemies the system creates a ladder of foes that changes depending on how you fare in battle. A lowly orc minion who takes you out at the beginning of the game could rise up to become one of the bosses you fight in the last chapter of the game.  Developer Monolith checkers this group army of Sauron with distinct, interesting baddies that all seem to have unique dialogue that varies every time you meet them. I also loved the skill tree in the game which allows you to turn from overmatched ranger to all powerful being in very interesting ways.