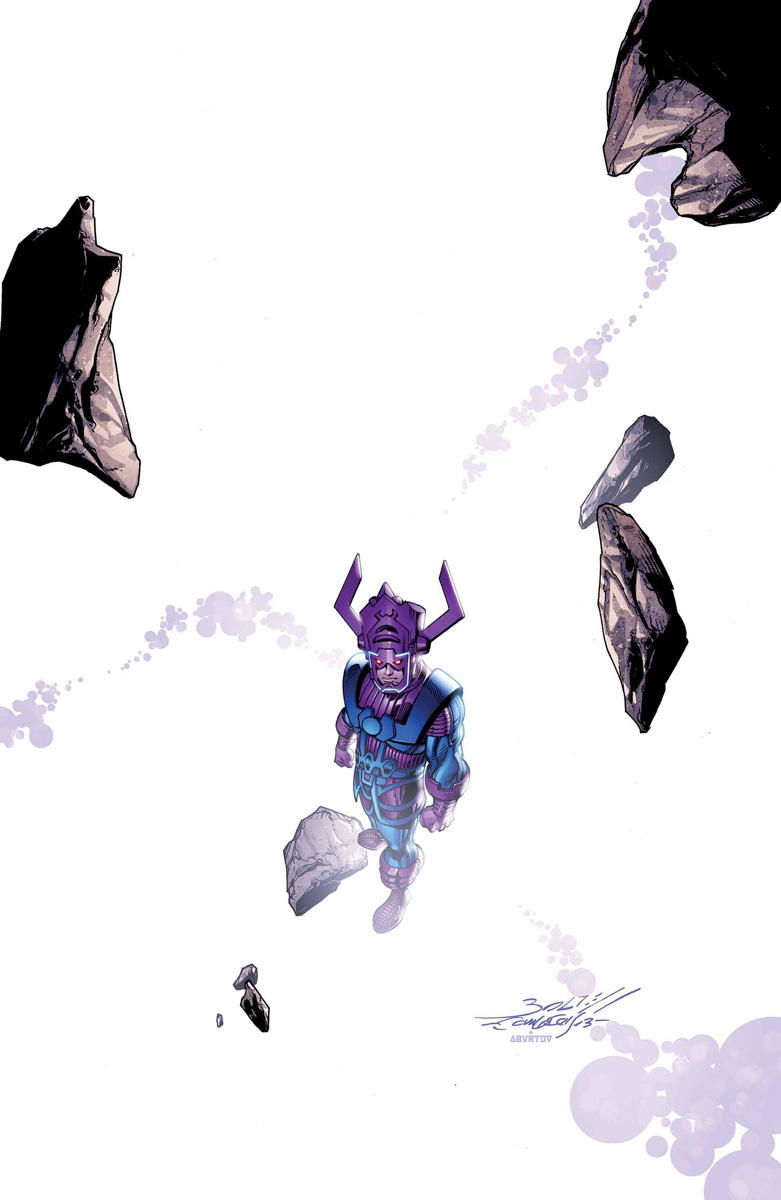 The one thing that I can say about Cataclysm–the universe shattering event spanning Marvel’s Ultimate Comics line–is that it has been short and to the point. At least, as far as events go. Five issues in the main book–plus a point one–and three issues for each of the three tie-in series is pretty good, comparatively. There will be a single wrap-up issue, called Survive, and then we can put this whole business behind us. I wish that I could say more about Cataclysm, but as story arcs go it felt more like a footnote than an actual book. This, the final issue wrapped up the dilemma, added a touch of tragedy, all overcast by an air of trite dialog–just as you might expect. 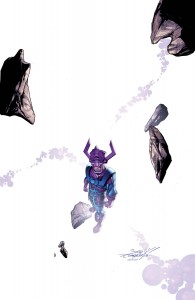 Issue #5 begins with the plan that was being setup in issue #4: make Kitty Pryde gigantic so she can take on Galactus and phase through his world eating machine, thus disabling it and thwarting the plans of the Great Purple One. This takes up a good half of the book, during which Reed is telling Kitty to remember all the people she will be saving on this mission, all the people she loves, etc. We’re supposed to believe that this is a suicide mission for Kitty, but, of course, anyone who’s seen the April solicits knows that she’s in at least one of those new books. But then we find out that the whole circus act with Kitty was just a distraction for Reed’s real plan. I’ll spare the details for fear of spoiling it for anyone, but to be honest, it’s not exactly ground-breaking stuff. There is a sacrifice that takes place, but it’s not Kitty. Funny enough, that character is in the image for Survive. I’m not sure if that’s supposed to be a misdirect or if the character is back already, but either way it struck me as strange.

Bagley’s art does a good job of telling the story here, and his Galactus is pretty badass, but it doesn’t knock my socks off. The colors in the issue are strong and include some neat light effects. There are lots of explosions and Kirby-dots everywhere, and watching Kitty fight Galactus is cool, but again, nothing to write home about.

Wait and see. Unless you’re 100% invested in the Ultimate Universe, you can let this one slide. If you’re looking forward to picking up the new Ulitmate series of books, don’t feel like you have to read this event first. I have a feeling it will all get mentioned succinctly enough in the first issues of those new titles. Survive is next, and while I’m sure I will pick it up, April can’t come soon enough for me.