It’s no secret that men and women in the public sector are under scrutinized under different criteria. We can hammer out the stereotypes all day long, but, in general, we know that men are seen more as power figures and women are seen more as objects of beauty. It is bad enough that we see it in our every day life, and we notice the harmful effects even more when it’s blatantly portrayed in comics.

One noticeable example of how women in media are treated is in Greg Rucka’s Wonder Woman. Diana, fresh from rescuing helpless women, is asked about her hair. 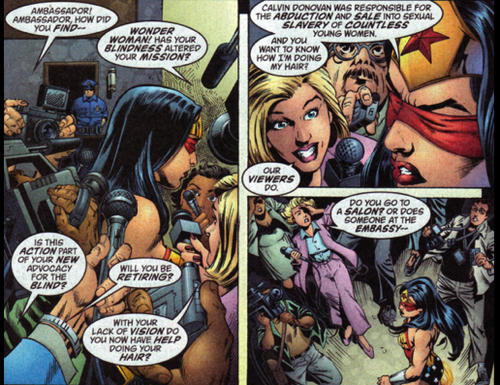 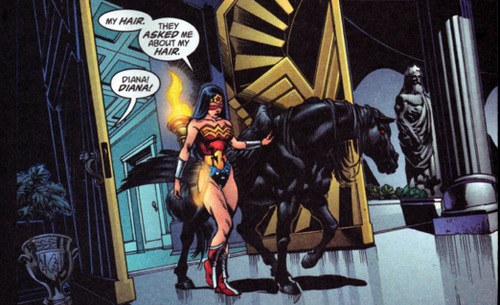 How demeaning is it to be reduced to how you style your hair? Wonder Woman, the most power female hero in the DC Universe, is treated like a pop icon. And, in our world, pop icons are rarely allowed outside the realm of fluff. 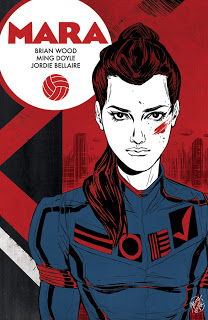 The series Mara acts as commentary on how idols, especially women, are treated in the media. In this dystopian future, sports stars reflect the power and importance of entire countries. Mara, a volleyball player, is the most recognized sports player in the world. By the end of the first issue, we know her physical prowess. Further, the strangest thing happened during a volleyball game.

The second issue opens with a public appearance. Mara is made up, prepped, and ready to attempt to smooth out the problem at hand. There is a script that she must stick to, therefore taking her autonomy and free will from her. The main theme of Mara’s interaction with the public was to present a pretty face, one that is trusting and friendly. Her power and skill took a backseat to her femininity. 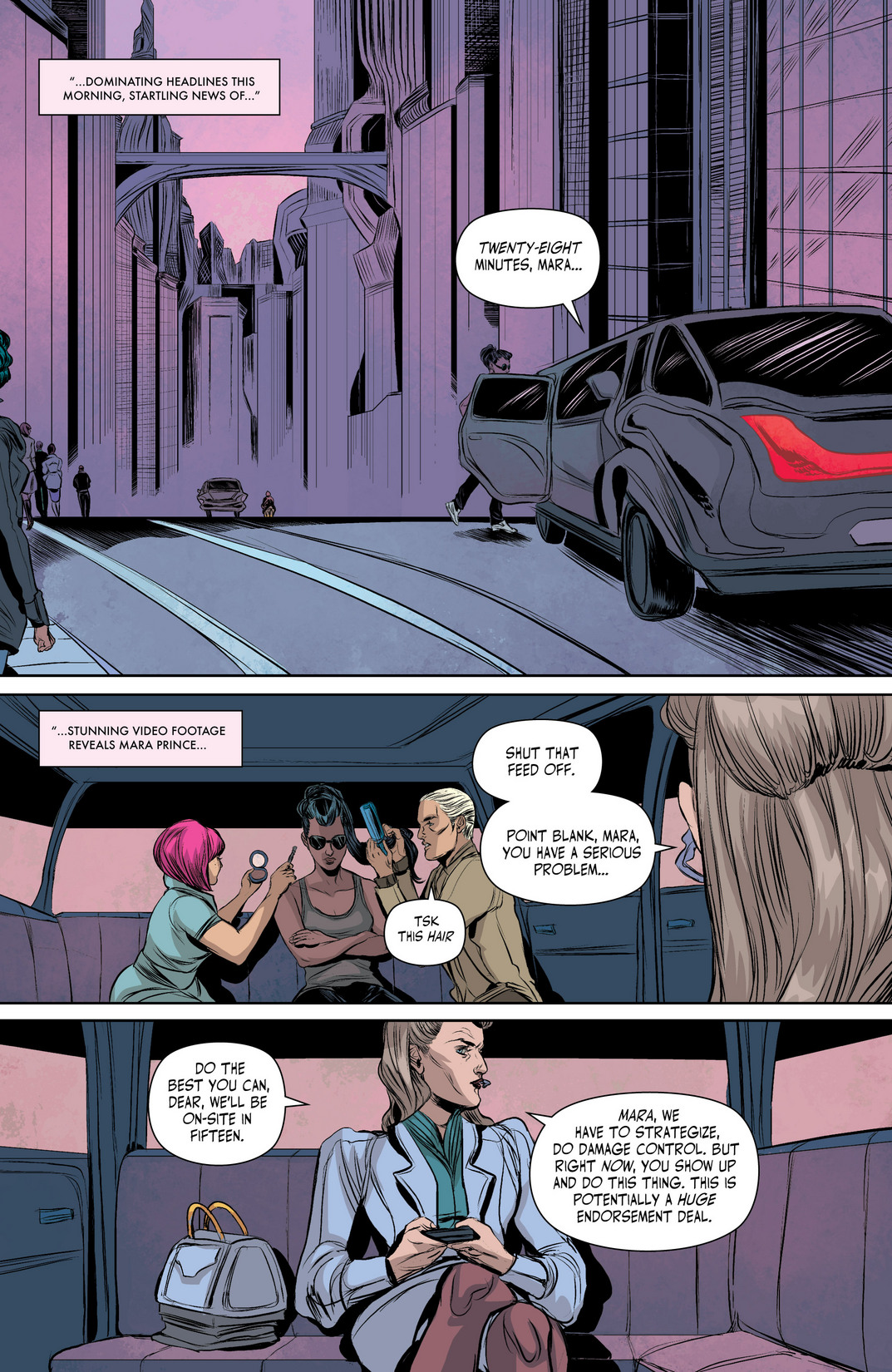 While this issue goes deeper than recommending that women brush up on their beauty routines and be ok with personal questions not related to the real problems. Granted, these are just a few examples from comic books. There are problems in real life, and comic books pale in comparison. However, that’s the greatest thing about comic books. They can reflect an important part of society, a part that many may not be aware of until they show up in the panels.