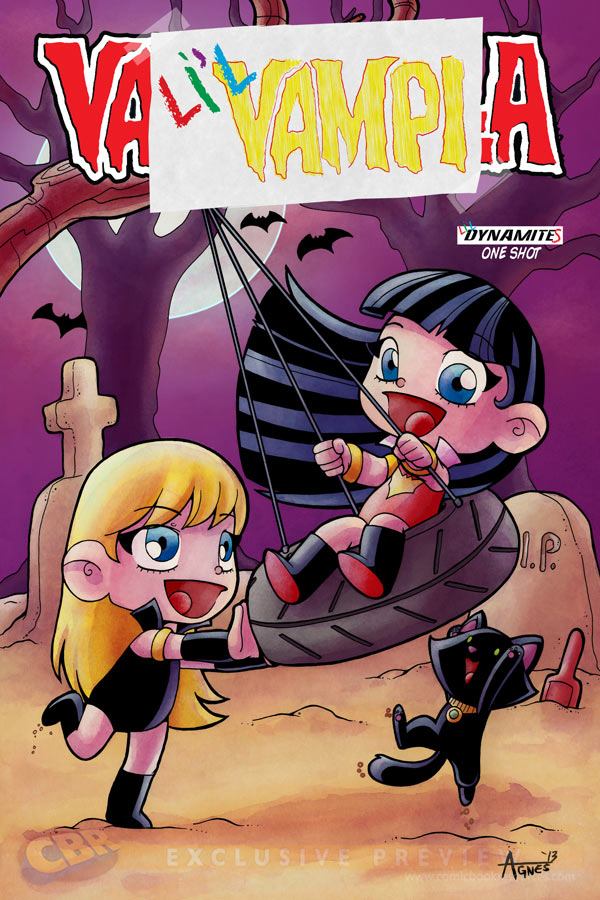 At New York City Comic Con it was announced that Dynamite Entertainment would be launching an all-ages event entitled “Li’l Dynamite” that would feature five of their most popular properties in kid form. Written and illustrated by five distinct groups of creators, each book is planning on bringing a fun and unique take on characters in a way that hasn’t been done before by Dynamite.

Dynamite Editor in Chief Nick Barrucci talked about how they came up with the event in a recent interview with CBR:

“With our 10 year anniversary coming in January, we wanted to try something different with our characters and make it a 5-week event for January. The idea of doing ‘Li’l’ versions came from assistant editor Molly Mahan. It’s been something she’s mused about since she hopped on board. Senior Editor Joe Rybandt brought it to my attention during a comic book convention this year and it sounded like a great, fun opportunity for us to work with some name talent for the first time, as well as give a few of our staple creators a chance to do something different with characters they love. Molly and Joe really ran with this.  This is their baby. I only had one request, which was to ensure that Roger Langridge, as I am a huge fan of his work and wanted to work with him for years.”

Barrucci continued with why it’s the right time to do an all-ages event:

“Not many people start reading comics when they’re 25 years old, and that seems to be what the majority of the market is focused on. If we want generations of readers to continue to pick up comics, we got to get ‘em while they’re young, right? Believe it or not, we’ve been trying to break into the younger demographic for some years, now. This is perhaps the most overt attempt in its visual appeal, and yet it’s for all fans young and old. That said, it’s a huge experiment. Five titles, five stories, five creative teams. We’ll see what the market likes and go from there. Honestly, succeed or fail, these are just fun comics that everyone can enjoy.

With licensed properties, we, of course, have to get approvals, and even the most receptive licensors might not be certain if they want their hard R-rated IP to be presented to children. Obviously, with our own properties, it’s a little different, but we still have to be conscious of what we’re doing and how the audience will react. It’s a case by case basis sort of thing.  And in this case, we’ve really been fortunate in the mix of well known characters in our event.  Again, succeed or fail, this is going to an awesome event!”