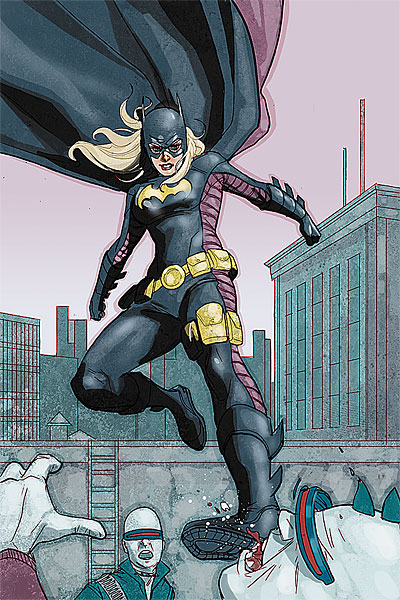 Since the debut of DC’s New 52 initiative in 2011, one question that has been on the minds of many fans is “Whatever happened to Stephanie Brown?” The once former Batgirl and Robin has been a fan favorite character for a number of years, but had yet to make an appearance in the new continuity. It’s now two years into the New 52 and people are still asking about Stephanie Brown (as well as former Batgirl Cassandra Cain). It seems the wait might soon be over though as it was announced at New York Comic Con today that Stephanie would indeed be making an appearance in the New 52, courtesy of next year’s weekly Bat-series “Batman Eternal.”

During a Q&A at the Batman panel, a fan asked about where Brown and Cain were and whether they would be making an appearance anytime soon. Scott Snyder, current Batman scribe and “showrunner” for “Batman Eternal” had this to say:

“We know that they’re characters that you guys have been really vocal about. Your guys’ love of Stephanie Brown has been so inspiring to us. We’re really proud to announce that she’ll be coming back in our weekly series Batman Eternal in a big way. Dan DiDio is in the audience to yell at us for telling you that. No one was trying to shelve her. It was more about finding the right time to reintroduce her.”

James Tynion IV, one of the writers of “Batman Eternal”, revealed that it was his idea to reintroduce her, possibly as Spoiler (one of her personas she had in the old continuity), and that we would see her in issue #3 of the series.

That issue, along with the “Batman Eternal” series itself, will debut in 2014.