Foolkiller #1 is a pulpy, violent book that thematically touches on relapsing into  old vices that sit on the peripheral of personalities. The book starts off with Greg Salinger, a reformed serial killer turned psychologist in the middle of his first session with a client. A Red Skull admirer intent on purporting his identity through a faction of Nazis bent on destroying the world. The heart of the issue deals with something peculiar and deeply psychological. 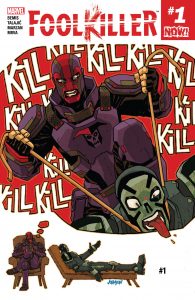 control Greg Salinger has over his urges to kill. Bemis platforms Salinger’s demons within the methodology of his therapy for his patient, Rodney. The more Salinger attempts to understand his client Rodney, the deeper he falls into his own problems. The character’s pursuit to help others gets lost in the shuffle of suppressing one’s demons rather than dealing with them. This isthe climax of the issue,  the decision that leads Salinger to a breaking point that encapsulates the philosophy of Foolkiller. While Bemis’ plot casts a plausible foundation for what occurs later on in the issue, his dialogue suffers under a need for witticisms. Lines like, “The worst outfit you ever wore was an emo phase” can hold back a good issue from being a great issue.

The art by Talajić, Marzan Jr., and Mrva elevate Bemis’ script by differentiating the history from the present day story. The penciling, inking, and coloring culminate in these gorgeous pages that elicit the hazy attempt to conjure up memories repressed or otherwise. Then the jarring recalibration of art that has a more distinct quality, representing present times, reminding  the reader that the narrator isn’t reliable and that they’re flaws can drag them through the lifestyle they aim to lead. 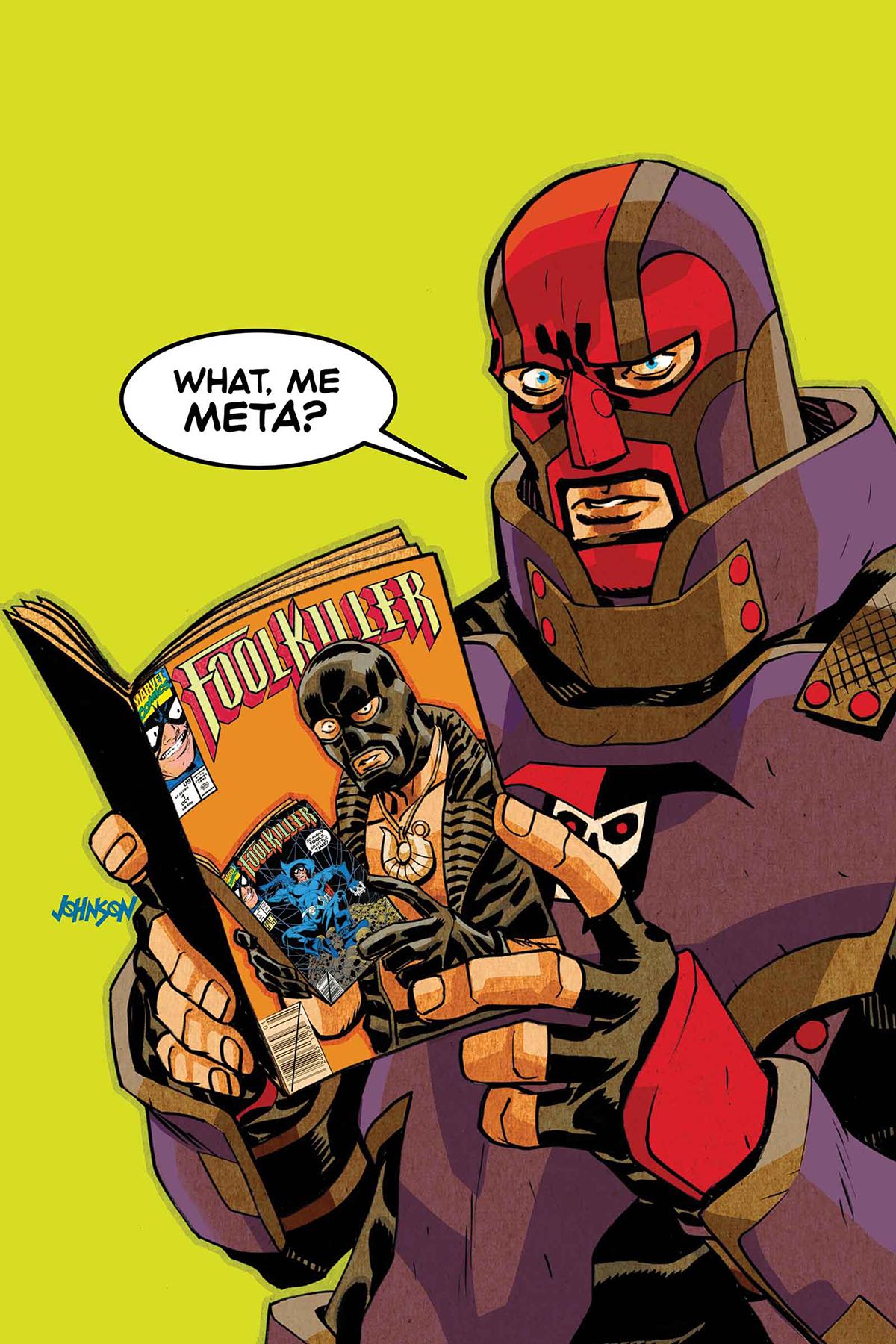 While the issue largely suffers from dialogue problems that can be polished by a few pass overs, the issue at its core deals with experiences and history coming back to haunt those who tried to suppress deeply embedded character flaws that could bring one to a breaking point. This is what Foolkiller deals with and ultimately succumbs to at the end of an issue that is the beginning of this character’s arc. It’s about coming back from the brink of utter madness and the last resort that leads one toward retribution.

Buy. The issue is  a fun book with the heart of something more personally engaging. It’s taking the superhero construct and telling a story which attempts to reach something which fits within the normal confines  of being a participant in  the human experience. It’s about giving back and combating the deep and dark dilemmas that keep a person from reaching their  internal heights. Ultimately, the journey of reaching one’s potential can be crossed a multitude of times, but creates a couplet of bad approaches to progressing in the discipline of something positive and new.