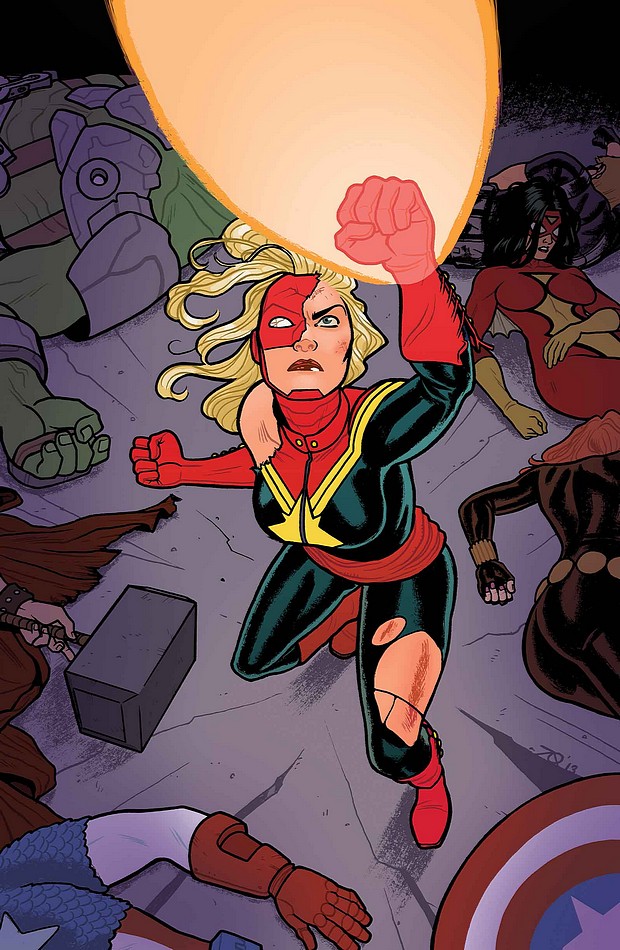 Poor Carol. Things just aren’t looking up for her. Between the brain lesion and the attacks on close friends, Carol can’t catch a break. Now that a long-dead Yon-Rogg is back, there seems to be no end in sight for Earth’s Mightiest Avenger.

Carol’s called in the Avengers for backup as she tackles the sentry robots. The fight is harder than it looks, each Avenger overwhelmed by the number of sentries coming at them. Their ultimate goal reflects the wishes of Yon-Rogg, and the reason behind Carol’s brain lesion is finally revealed.

The Enemy Within has become a small crossover with a nice pay-off, especially for fans of Carol Danvers and Kelly Sue DeConnick. Since her solo issue (re)debut last summer, Carol has grown into a fan favorite and answer to many female Marvel fans’ prayers. The cross-over with Avengers Assemble, a comic that is accessible to new Marvel fans, has surely brought many more fans to the Carol Corps.

Avengers Assemble is a great title to add to any pulllist. The perfect storm of comedy, characters, and plot makes it a hit with new and old readers alike. The series isn’t solely focused on Carol; even if you aren’t a fan, you’ll still enjoy the overall series.