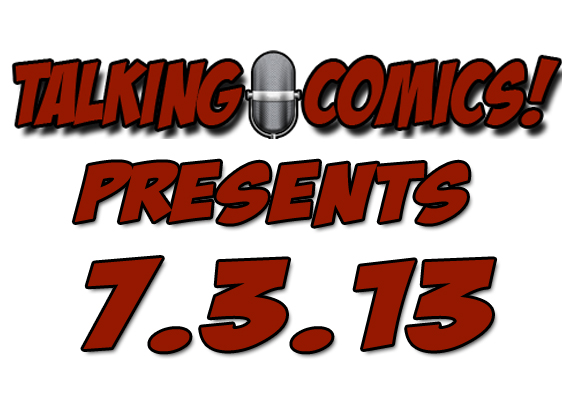 Well, enough with the who, where, what, why and how, I give to you Talking Comics Presents for the comic book releases on 7/3/13. 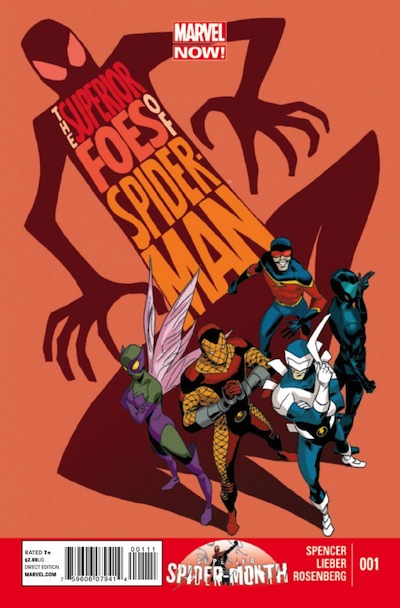 Bobby Shortle says: “Normally I don’t care for books about villains, but the team of Nick Spence and Steve Lieber, mixed with the style the book is putting forward have convinced me to give it a chance. I’m hoping this will be another walk on the lighter, or at least bizarre side of the Marvel Universe.”

DC says: “Put on your go-go boots and get ready to “Batusi” back to the Swingin’ 60s as DC Comics reimagines the classic Batman TV series in comics form for the first time! These all-new stories portray The Caped Crusader, The Boy Wonder and their fiendish rogues gallery just the way viewers remember them. In this first adventure, The Riddler’s out to steal some valuable artwork from under the noses of Gotham’s police. But Batman gets help from an unlikely source: a certain femme fatale dressed in feline finery!”

Bobby Shortle says: “I love Batman, I love fun, and so I canot wait for Jeff Parker and Jonathan Case’s Batman ’66! The idea of returning to a more simple time doesn’t appeal to me for my in continuity Dark Knight, but I love the fact that it has a place to exist. I’m also quite intrigued to see what DC does with their new digital comics reading software that guides you through the experience in interesting ways.” 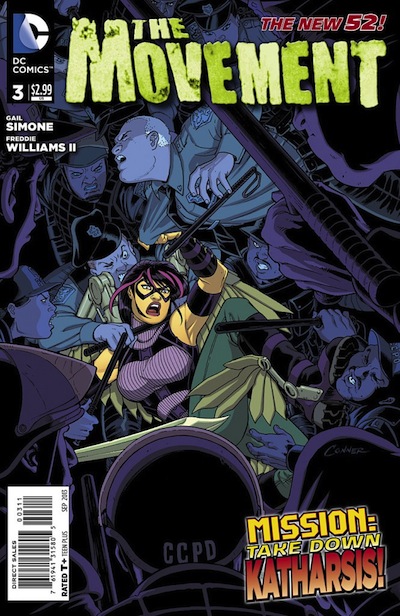 DC says: The Movement takes on the entire police department in an attempt to rescue one of their own!

Bob Reyer says: “Katharsis wasn’t happy with Virtue’s “good side” last issue, but I would bet dollars-to-donuts that she wouldn’t mind seeing her turn up to lend a hand here!” 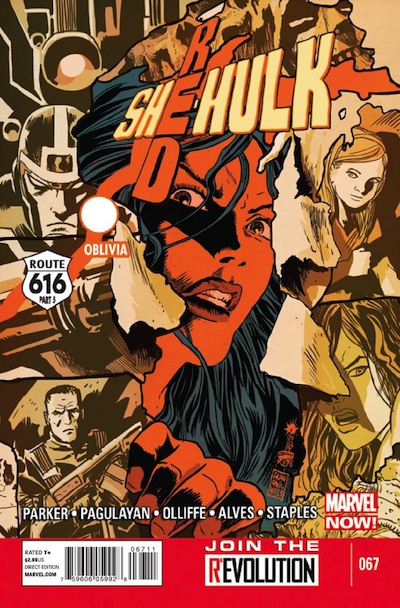 MARVEL says:  ROUTE 616″ CONCLUSION! IT ALL COMES DOWN TO THIS!

• The MAD THINKER has improved the next generation of Super-Soldiers and they are here to finish the rampage of the RED SHE-HULK!

• Will MACHINE MAN, SHE-HULK and humanity pay the price for Betty’s interference of the future?

Bob Reyer says: “I ‘ve just come upon a great money-making scheme! I’ll have comics publishers pay me to NOT tell people how great a title is, as based on Dark Avengers, X-Factor, and Red She-Hulk, my imprimatur is the kiss of death! This is the last chapter of this fabulous story by Jeff Parker, which has been both dense and light at once, and one of my favorite surprises in comics over the last year! With the addition of the beautifully done art by Carlo Pagulayan and Wellington Alves, and the exceptional covers by Francesco Francavilla, all the elements should have been in place for Red She-Hulk to have been a good seller…well, excepting that it has a female lead and doesn’t have “X” or “Avengers” splashed on the cover!” 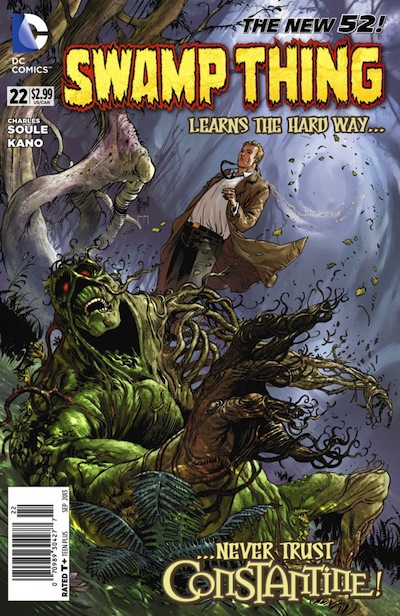 DC says: “The mysterious Seeder has given a desperate town in Scotland an astonishing gift: a tree that bears whiskey like fruit! It’s a disturbance in the natural order that draws the Swamp Thing’s attention—trouble is, it’s caught the eye of John Constantine as well!”

Adam Shaw says: “I don’t know why, but I’m just itching to read the next issue. I really dig what Soule has been doing, and some of the hints he’s been dropping on Twitter have me hooked. He’s also pretty interactive with his fans, and that’s definitely got me interested in reading what he’s got.” 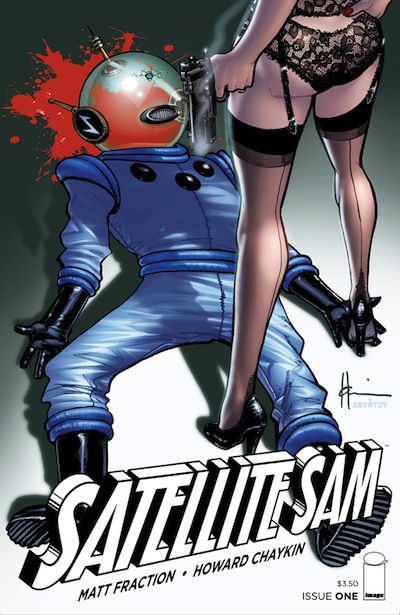 Image says: “SEX – DEATH – LIVE TV!  NEW YORK CITY, 1951: The star of beloved daily television serial “Satellite Sam” turns up dead in a flophouse filled with dirty secrets. The police think it was death by natural causes but his son knows there was something more? If only he could sober up long enough to do something about it.This noir mystery shot through with sex and violence exposes the seedy underbelly of the golden age of television.”

Joey Braccino says: “Marvel Comics darling Matt Fraction teams up with comics legend Howard Chaykin to bring us a sex-and-violence filled murder mystery set in the TV industry of 1951? Why not? At this point, I’ll try out any new series Image puts out at least once, and what with all of the teaser images and pieces tweeted out by Kelly Sue DeConnick and Matt Fraction DeConnick over the last few weeks, I’ll definitely be picking up a copy of Satellite Sam!!!”

Mara Whiteside says: “Matt Fraction is on fire, and Satellite Sam is his latest endeavor. This highly-anticipated murder mystery will surely be another hit comic from Image.”

Bobby Shortle says: “I happily join the recommendation train for Matt Fraction and Howard Chaykin’s Satellite Sam. Fraction has been at the top of his game, Chaykin is always an interesting artist, and I love murder mysteries! Bring it on! 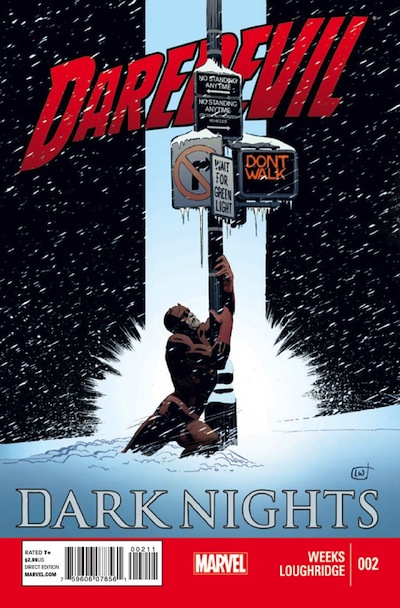 Marvel says: “ A gorgeous new series featuring the greatest talents in comics brings you the rest of the Man Without Fear’s story! The mother-of-all blizzards has completely shut down NYC, Daredevil’s recovering from a severe concussion – and is the only hope for a little girl in desperate need of a heart transplant! Daredevil Legend Lee Weeks returns for Angels Unaware!

Joey Braccino says: “The first issue of this wonderful anthology series was released on the same day my other Daredevil-centric book, Daredevil: End of Days, came to a close, which was a good thing because Lee Week’s story sated my need for some Hornhead in my life. Sure, Mark Waid and Chris Samnee’s ongoing is knocking it out of the park on a monthly basis, but for a self-contained story, check out Daredevil: Dark Knights! 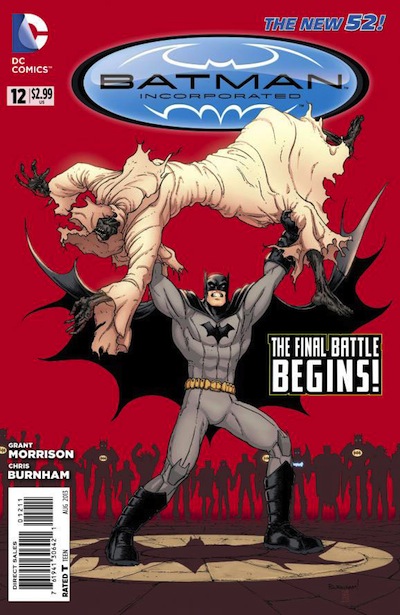 DC says: “Leviathan and the Heretic are on the ropes…could Batman be on the verge of avenging all he’s lost?”

Sean Lamont says: “It’s the penultimate issue of a years long Morrison run with this week’s Batman Incorporated #12.  Read as: Things are going to go absolutely insane and I cannot be more excited to wade through the lunacy as we come to a close.”

Bobby Shortle: “After last month’s decent, but ultimately superfluous one off issue we return to the main story of the Grant Morrison epic. Batman Inc. #12 represents not only the penultimate issue of this series, but of Morrison’s epic Batman run. I can’t wait to see how this daring writer brings his masterpiece to a close”