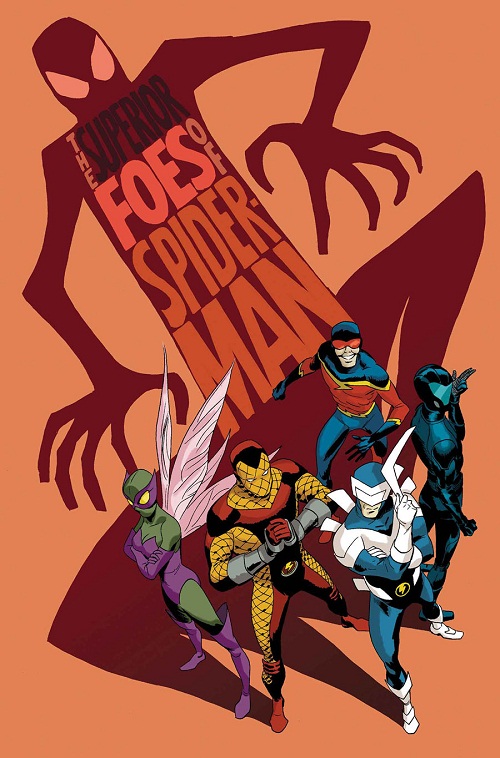 The Superior Foes of Spider-Man

I have to admit that when this title was announced I was extremely skeptical, and I had planned on just skipping it altogether. It was on a last minute whim that I decided to check it out, and I am glad that I did. I was pleasantly surprised to find a lighter, more humorous comic than I was expecting to find. The Superior Foes of Spider-Man focuses less on the foes fighting Spider-Man, and more on what they get into when they are not on the pages of other Spider-Man books. There is an almost Hawkeye feel to this first issue.

Issue #1 focuses a majority of the issue on Boomerang as he recaps his origin story and brings us up to speed with where he is now. It’s done in an enjoyable fashion that left me grinning and smiling with each page. Had I not been reading on a crowded Tokyo train, I am sure I would’ve let a few chuckles slip out.

Boomerang is currently stuck in prison, but he’s trying to get out by convincing the other members of the new Sinister Six (actually, five) to post bail for him. The highlight of this issue for me is Speed Demon and Shocker’s trip to a pet store to buy birdseed for Boomerang’s bird. Things don’t go too well, and they wind up robbing the pet store and stealing a pet dog as well (Birdseed Dog?). 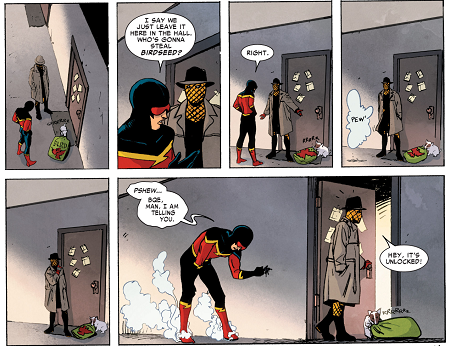 The art from Lieber and Rosenberg is pretty solid and consistent. A lot of the humor is delivered in the expressions and actions of the characters, and with lesser art many of the jokes would fall flat. The lettering also adds to the delivery, and helps to tie it all together with a nice ribbon.

It will be interesting to see what direction the series heads, as it is obvious the villains have almost no idea. With Nick Spencer at the helm though, I’m fairly sure there is a solid direction, and all will be revealed for us and the less than superior villains of this series.

Check this out. This is a fun look at the life of some of Spider-Man’s B-List villains and some of the shenanigans they get into. It’s not quite at the level of Hawkeye, but The Superior Foes of Spider-Man has the potential and is quite enjoyable. All the elements from the creative team mesh together, delivering a solid first issue.