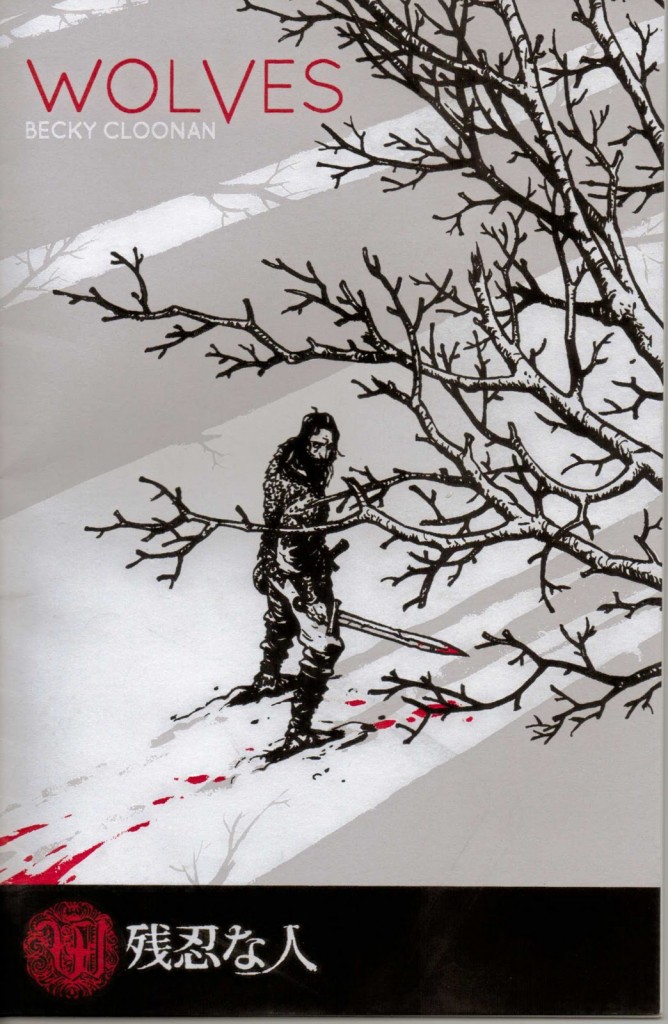 Becky Cloonan is quickly becoming one of my favourite people in comics. Her name was one I had been familiar with for a long time but I hadn’t really been introduced to much of her stuff. I STILL don’t have that many Cloonan works notched off but I’m getting there. There was her historic issue of Batman (in which Becky became the first woman to ever officially draw the Dark Knight), then I read The Mire, Demeter and now Wolves.

The thing that I love about Cloonan’s art is that there’s something unique and distinct about what she does, and yet she always makes it seem like it’s exactly what should be on the page.  Comics need fresh art to keep things interesting and Cloonan has to be one of my favourite female creators out there.

But back to Wolves…

This is a short story that focuses on, well, wolves. More specifically it focuses on werewolves.

I think the thing that really gets me with Wolves (and even with my last Cloonan read, Demeter) is the subtle way that the story is told. You’re given very few answers. They stick with you and almost haunt you in a way, as you try to work out all the twists and turns you’ve gone through in only a few pages.

Wolves follows a hunter who is tracking a beast that must be dispatched on behalf of the king. Hints of a forbidden love and some repercussions of said forbidden love are thrown in.

Wolves was apparently original written for a Japanese anthology called Journeys back in 2009. Cloonan redid the script for the English version and added some new stuff and the result was magnificent.

Everytime I read something of Cloonan’s, it leaves me wanting more and more. As someone who doesn’t like flashy horror, this kind of quiet spooky story really appeals to me in every kind of way. I like stuff that makes me think and opens the table up to discussion among other friends. Stories open to interpretation are so much more creative and are books that I’m prone to read over and over again.

VERDICT:
This is a no brainer: Buy it. I think I summed up pretty well everything I could possibly say about Wolves, so just keep an eye out for the comic at your local comic book shop (it would likely be in the convention zines section if your store has one) or order it online from Becky’s brand new store, which is appropriately called there Werehouse or digitally through ComiXology.