Hello and welcome to the first revised edition of Talking Comics: Favorite Comic Book Covers of the Week! It used to be that every week our Executive Editor Steve Seigh would showcase his favorite comic book covers of the week and then you could all go about your day. Well no more! From this point forward Steve won’t be the only one displaying the covers that caught his fancy. As of today, and for the foreseeable future, you’ll be viewing selections not only from Steve, but from other site staff and fans alike! I absolutely love this cover. Not only am I a huge fan of Skottie Young’s art style but this cover reminds me of a book I might have kept on my bookshelf as a young child. The light color play and serene nature of it calms me and reminds me of better times of when my mother and father used to read me fairy tales to help me fall asleep. There’s something very bold and energetic about this cover. I love that its simplistic nature evokes a blood lust in me. Really, do you have a giant sword handy? I’d be happy to show you what I mean if you just point me in the direction of the nearest snarling beast.

* Also, our Sean Lamont had this to say about the Glory cover art … “I’m not even reading that title but the cover is very arresting in its simplicity, brash coloring, and scope of perspective.” So many of these Daredevil: End of Days covers have been visually pleasing, but there’s something about this particular one that speaks to. I like the sorrow that it displays and the red on red color combination is really doing it for me. Again, these Superior Spider-Man covers have been consistently awesome. They tell you right away that Spidey has changed and that he means business. Not only do I think the image is something worth collecting but I’ve fully embraced this radical change to the character and I enjoy a cover that conveys to the average onlooker that Spidey has gone off the deep end. This cover is both sad and beautiful at the same time. Not only was this one of the best issue of Swampy to date but I can’t help but feel the love emanating from this cover. It makes me miss my girlfriend. Ha ha!

* Swamp Thing #18 was also chosen by our contributor Talia Adina because she says that the cover fondly reminds her of Beauty and the Beast. Though, in this case, it’s either Abigail or Swampy that could be considered The Beast. “First off you can never get enough Jae Lee and secondly I just love the simplicity of Buddy Baker screaming into the blackness.” 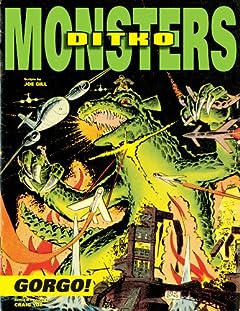 “The first movie that I have a clear memory of seeing in a theater (the Huntington Drive-In!) was this 1961 “giant monster” classic, and the Charlton comic that followed was drawn by Spider-Man’s own Steve Ditko. This cover just makes me feel again like that 5-year-old boy in the back seat of my father’s 1954 Ford!” 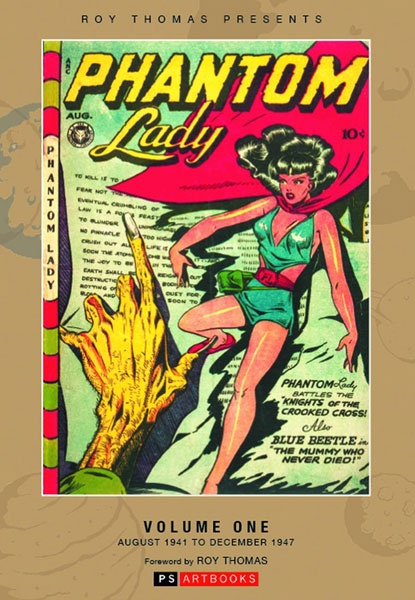 “The taloned, corpse-like hand makes its way across the page, marking death for…you, perhaps?” How could you not want to read a comic with this image on the front? I could write an 8-page story just from that picture! That is the cover of Phantom Lady #13 (Fox/ Aug. 1947), and it’s by the amazing Matt Baker, the Adam Hughes of the Golden Age!” “This issue features a picture of a beautiful female ghost, blown to pieces. It is a great representation of what this (last) issue is all about: blood, guts and violence.” “The cover seems to capture a science fiction pulp novel feel that just screams adventure within.  Spaceships?  Lasers?  Melodrama?  Action?  Adventure?  The cover immediately tells you, ‘we have that covered’.”

* This list was compiled while listening to the album Wash the Sins Not Only the Face by the band Esben and the Witch.