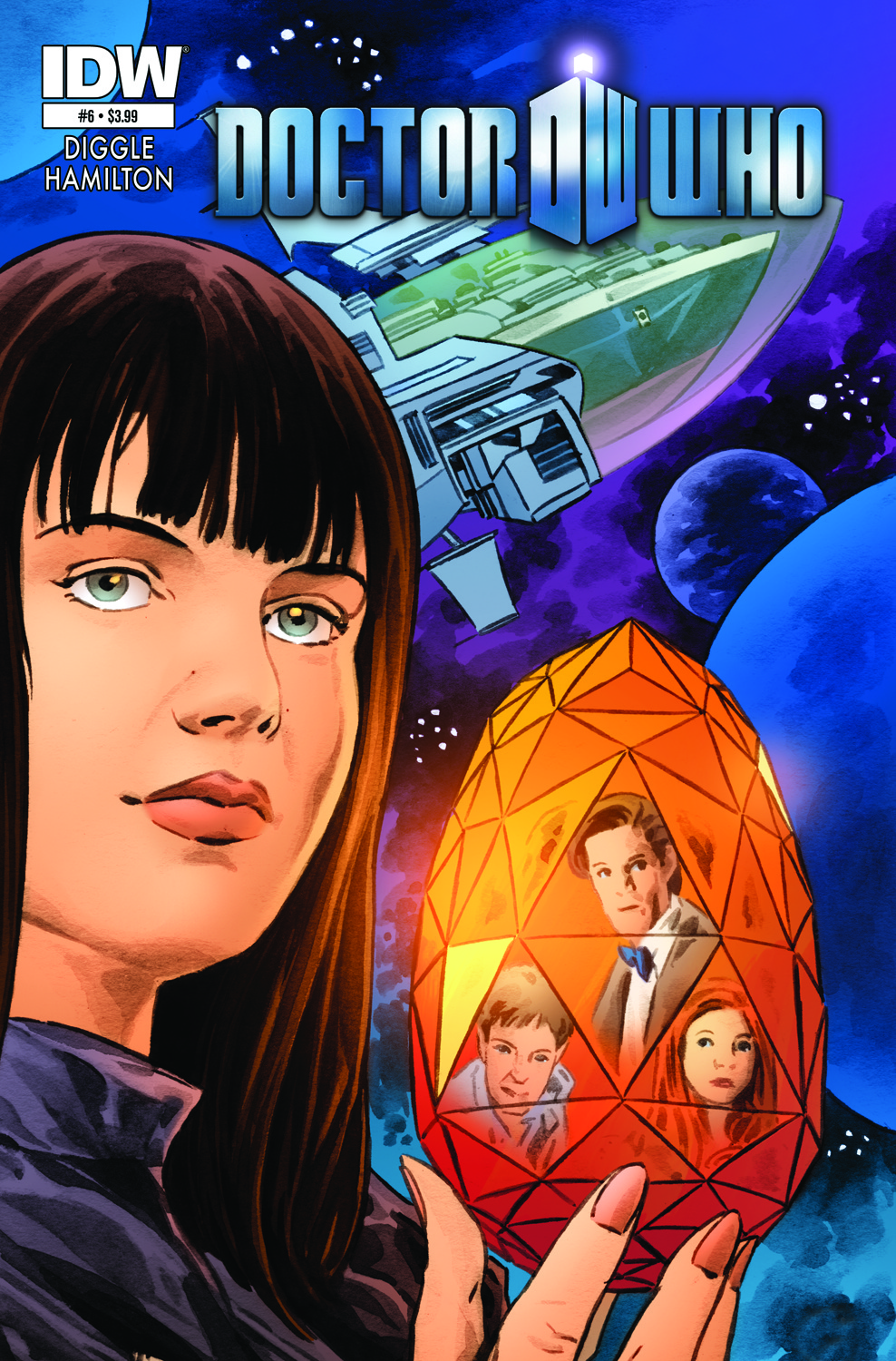 Aboard a space ship, Rory and Amy encounter a friend of the Doctor’s, Christina de Souza. Posing as the ship’s captain, it is obvious she is up to something. In true companion fashion, the couple takes it upon themselves to solve the mystery of this woman’s motives.

The most interesting aspect of this issue is a decision the Doctor makes near the end of the story. The Doctor hides his plans until the last minute, and this plan was neither thought out or beneficial to the people of the space ship. In fact, it’s uncharacteristic of the Doctor, placing his needs above others without doing his research. His actions do not carry very well in this issue, especially when he ends up looking like a fool because of them.

While there is nothing terribly remarkable about this particular issue, it is always nice to see Amy and Rory in the companion role. The two are portrayed well on page, and their lives as companions live on in the comic book. Amy, ever the adventurous spirit, decides to solve a mystery without the Doctor’s knowledge. Rory’s cautious warnings demonstrate his ability to view the problem from multiple angles and take the path of least resistance (especially if that path doesn’t involve getting into trouble).

Skip this issue, pick up next month’s issue. At the end of this issue, Amy and Rory decide they need a break away from time travelling. The next issue may feature the Doctor doing some solo travelling, which will end up with him getting into one scrape or another.