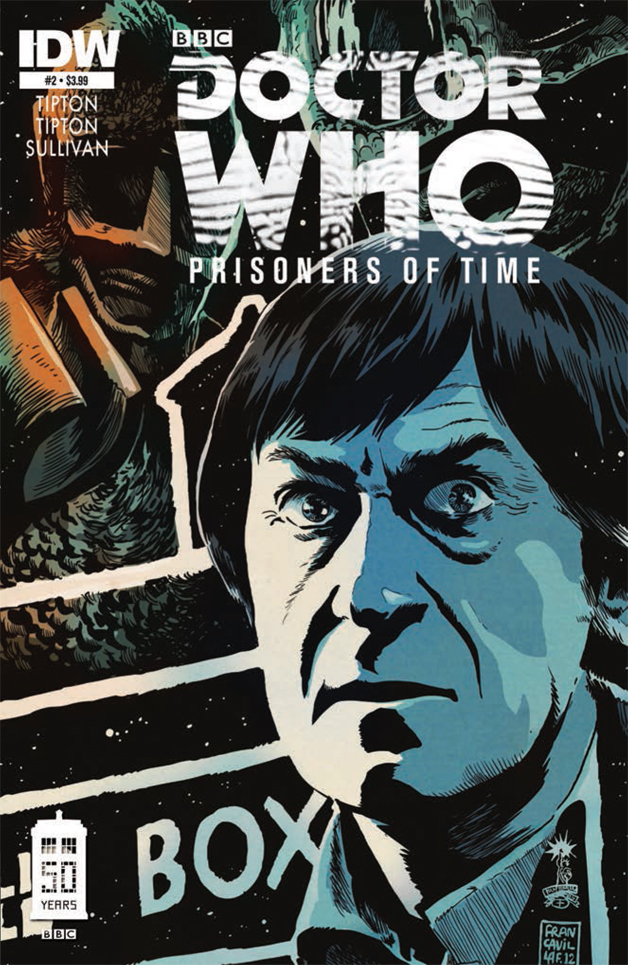 Doctor Who: Prisoners of Time #2

Don’t worry Zoe. I intend to break this slave market! It’s immoral, and I am going to do something about it.

The life of a Doctor’s companion is full of thrills, adventure, and the occasional kidnapping. Of course, it’s all well and good when it’s a planned kidnapping in full control of the Doctor.

The second Doctor, Zoe, and Jamie land in a strange store full of police boxes. The TARDIS has pulled them to this galactic shopping mall, and the Doctor and companions decide to stretch their legs and peruse the alien merchandise. The Doctor’s keen sense of observation leads him to believe there is a slave market nearby, and he puts into motion a plan to uncover it.

Overall, issue #2 of Prisoners of Time is a fun story where the Doctor is the savior of a small, disenfranchised group. The companions initially doubt his brilliance, but he always pulls through. There is a weakness to the story. In the first issue, readers were introduced to a cloaked, mysterious figure that knew the Doctor and all of his companions. Issue #2 did not touch on this character at all. There was no reference to the character, nor any connection to the previous issue. Prisoners of Time is set up to feature each of the eleven Doctors, but there is an overarching story that needs to be taken care of at the same time. Without a connection to the strange events of the first issue, the second installment falls flat.

Sullivan does a great job blending science fiction with kitsch in this issue. The setting of the story is in a galactic shopping mall. Customers and retailers must possess that alien quality but cannot take themselves too seriously. The balance is achieved, and readers will have a pleasant, lighthearted feeling throughout the story.

If you are a die-hard Doctor Who fan, you will pick this issue up and love it. If you are a casual fan, you may find it a little lack-luster. That’s ok. Personally, I’m looking forward to how this issue fits in with the third issue and beyond, especially since it ignores the events of the first issue. The first issue showed the Doctor as a scholar, the second shows him as a humanitarian and freedom fighter. Can’t wait to see what the third issue has in store.