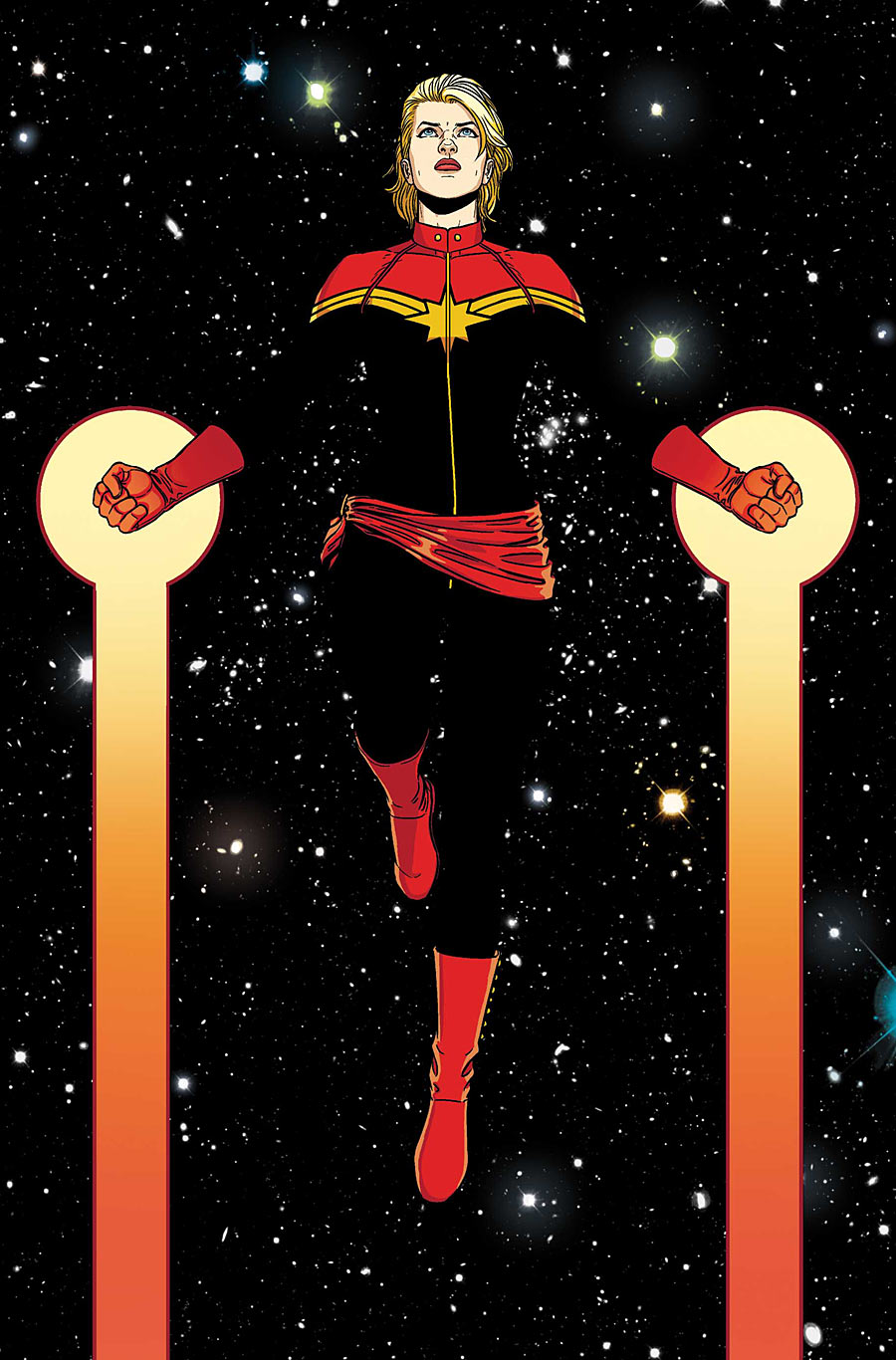 Calling the “Carol Corps”! Is Captain Marvel in “real” danger?

On  a more serious note than usual this time, as a distressing news item came across my desk this week. These are still “rumours”, but rumours sometimes become fact, if only as self-fulfilling prophecy, as readers abandon books that they assume will be cancelled. On this list, I understand Winter Soldier being given “marching orders” due to Ed Brubaker’s leaving for creator-owned work, and although I’m not happy about Dark Avengers, Marvel will want to focus on their more “heavy-hitter” Thunderbolts title, despite the fact that the Jeff Parker/Neil Edwards DA is a superior book.

I am very sad to see Captain Marvel in harm’s way; I can only think that somehow the good sales numbers generated by the re-launch have fallen off, but whether through monies flowing into double and triple-shipped “A” or “X” titles, reader ennui, or sad to think, the too-usual “I don’t buy chick books” chauvinism syndrome, is immaterial. I’ve loudly championed this book as an example of what can be right about comics, no matter the gender of the lead character, so in that spirit I took “pen-to-paper” and composed the following:
(This was sent to mheroes@marvel.com )
As one of the Senior Editors at Talking Comics, I was recently sent this bit of business via e-mail:
Bleeding Cool: A Little Marvel Monday Gossip
and I feel the need to comment.
As a 35-year retailer, while I understand the decision-making process of any sales-oriented business is governed by the bottom line, as a comics fan and Marvel reader since Fantastic Four #5 back in 1962, I would not hesitate to point out that both the artistic merits and the diverse nature of the readership of this new iteration of Captain Marvel should grant it a stay of execution to permit its grass roots support an opportunity to continue to grow.
On the “numbers” side of things, while I don’t have access to the detailed sales data, I would guess that both the new/lapsed and female readership figures on Captain Marvel are higher by percentage of total than some other titles not on the firing line, and based on the interaction with our own readers and listeners, it has been one of their favorite new series on the market, and in many cases, one which brought them into comics for the first time, almost solely due to the depiction of a non-expoitative, strong female lead character under the pen of Ms. Kelly Sue DeConnick. In my opinion, Marvel is doing a fine job with its distaff characters, much in advance of the Distinguished Competition, and this particular title is emblematic of that enlightened attitude by creating a role model for readers at once young and old, female and male, in a marketplace where even some of the longest-running and popular figures have ceased to be “heroic” in the sense that their creators imagined. These new or returning readers are precisely the demographic that can help to re-grow a more diverse fan-base (and by extension, publication roster!), and one whose passions won’t be governed by the latest “Event” or gimmick cover, but will instead be the type of customer attracted to quality stories such as are presented in Captain Marvel, and if allowed to flourish, they will become the next generation of long-time Marvel fans, who will find and champion other works from the line, and much as I did with the work of Stan Lee, Jack Kirby, Steve Ditko, and the rest of the “Marvel Bullpen”, embrace the shared universe of an imaginative and forward-thinking publisher.
As a reader of, and proselytizer for, the late, lamented Spider–Girl, I saw that Marvel was willing to “go the extra mile” for a quality book trying to gain a foot-hold in an over-crowded marketplace. I believe that Captain Marvel is deserving of a similar chance to find an audience, and I would be certain that if “civilians” who don’t realize that such a character exists had a chance to meet Ms. DeConnick’s version of Carol Danvers via one of Marvel’s films, the audience reaction would be of the nature of what has come to the newly re-energized Black Widow, and a new Marvel super-star would join the firmament.
My thanks for your time and attention on this,
Bob Reyer
Senior Editor, Talking Comics
(and former member MMMS and FOOM!)
If any of you feel as strongly about the continuance of this wonderful title by Kelly Sue DeConnick and her fine collaborators, do as I did, and make your voice heard by sending a letter (not this letter of course, but your own!) and see if we can’t make a difference!
Bob
(Perhaps in lieu of that second variant of a book you were already buying, you might think about purchasing an extra copy of Captain Marvel, just to “goose” the sales figures, darlings?  Audrey)