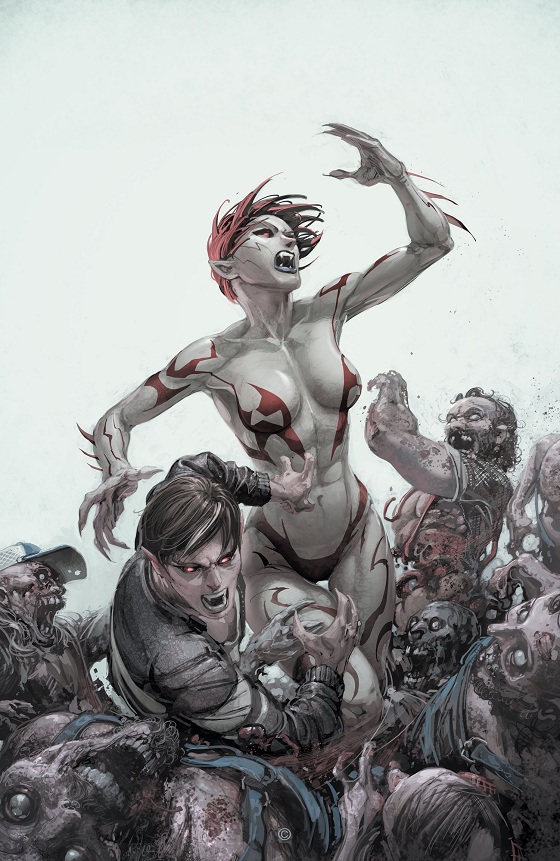 This is exactly how I envisioned it happening. One day I would wake up, and there it would be in big, bold letters: I, Vampire Canceled! Then I would cry. Ok, it didn’t quite happen just like that (though I was just napping and did literally wake up to the news). Nevertheless I, Vampire is indeed canceled as of issue #19.

The writing was on the walls for the best book at DC that nobody was reading when artist Andrea Sorrentino was poached to take over art duties on Jeff Lemire’s coming Green Arrow run. It was just a waiting game from that point, and the round-the-board disapproval from critics of the new art style didn’t help anything.

Joshua Hale Fialkov and company did fantastic work on this series, let that be known. Sorrentino’s art combined with Marcelo Maiolo’s colors made for one of the most beautiful books on the stands. This limited run shows you what amazing work can come out of putting a team of superstar creators together on characters with unlimited potential, and absolutely no reigns on the possibilities of the story.

Fialkov has plans to jump the publishing barrier next, though. He’s got some work planned at Marvel involving Spider-Man’s most recent sidekick, Alpha. At the same time, he said there is a good possibility that he would be returning to DC down the road via his Twitter account.  I don’t doubt that whatever he will do next will be awesome, as he is one of the best writers in all of comics.

It’s been fun I, Vampire! You will be missed. If nothing else this shows you how important it is to follow books. It may not be easy, but if you want them to stay around, then they have to have support.