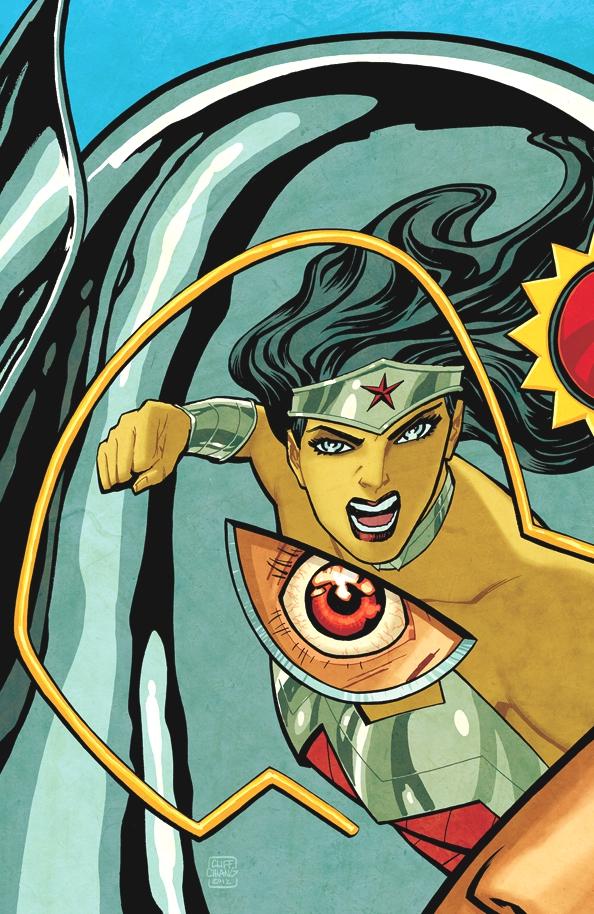 Wonder Woman has brought much controversy in its short time. From a new origin story to a shake-up among the gods, each month brings new challenges to DC’s Amazon princess. The New Gods and Orion promise to make it even more difficult for Diana to step up and right the wrongs of the Greek gods.

While I am not familiar with the history of the New Gods (nor do I even know who Orion is), I am happy to see the continued integration of Greek mythology in this comic book. Right from the start, Azzarello has established that Wonder Woman is heavily mythological with a hint of horror. Issue 15 keeps up this tradition in its details.

Hera is now in the care of Diana, much to Zola’s dismay. The placement of this important and powerful goddess in such a mundane situation as choosing a show to watch is priceless. On the flip side  we see Diana interact in the gods’ world, placating them as she navigates around their demands. Diana continues to recruit her half-siblings with the help of Lennox, and not everyone is open to hearing her plea for help.

Bonus: Hephaestus makes another appearance in this issue. The gift he bestows upon Diana is one of the greatest developments in this series.

I hate to say it, but there isn’t anything remarkably outstanding about this issue. Chiang’s artwork continues to be the perfect fit for this book, and Azzarello is a great storyteller. This issue just isn’t a must-read. Great series overall, but the issue falls flat with me. For fans of Orion and the New Gods: go ahead and buy it.