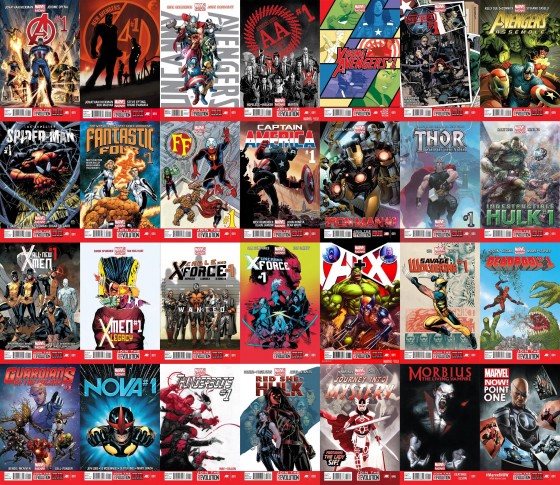 This week we say arrivederci to Stephanie for a few weeks and welcome Rob Neumeyer back to the show for some comic goodness. This week is all about two things, Marvel NOW and listener feedback. That’s right it’s an episode full of Matt Fraction, Brian Bendis and YOU!

Find out what the gang thinks of the second full week of Marvel NOW which includes Fantastic Four #1, All-New X-Men #1, X-Men Legacy #1, Thor: God of Thunder #1 and Avengers Assemble #9. The crew also speaks about their favorite issues of the year, DC Comics new digital initiative and even a little Wii U talk.

FYI: the gang have brand new avatars on Twitter, Facebook and they’ll be uploaded here to the Talking Comics site shortly. The crew have gone all superhero on the world, thanks to the wonderful Hanie Mohd. Like them? Make sure to follow her and let us know what you think of our new superhero pictures.