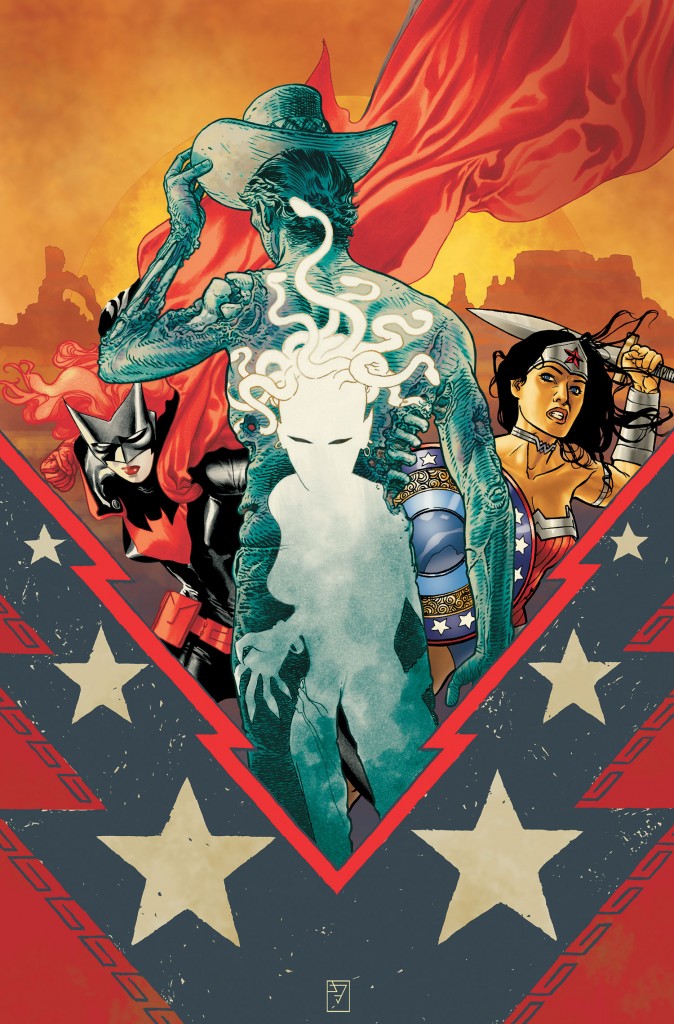 At first, I had mixed feelings about the exclusion of Batwoman from the Death of the Family crossover. As part of the Bat-family, I couldn’t imagine Joker overlooking her role in the protection of Gotham City. Kate’s history lends itself well to the manipulation and torture techniques of the Joker, especially with the recent recovery of Bette and fight with her dad. However, after reading this issue, I am more than pleased with the current direction of Batwoman’s story. It makes sense for Batwoman to be off on her own saving the world since she isn’t an intimate member of the family.

Honestly, I prefer a story like the one in Batwoman #14 to an event like Death of the Family. While the crossover is very well written, I like only having to buy one comic to get the full story. Bonus: we get Wonder Woman in all her glory in this arc.

Now that I’ve stepped off my crossover soapbox, let’s talk about issue #14, starting with Pegasus. In one of the most gruesome scenes I’ve seen in a superhero comic book, Batwoman begins to examine the immortal’s wounds. Her detective skills paint the picture of the systematic torture Falchion dealt to his brother. Gashes, bitten-off fingers, and lobbed-off wings all leave Pegasus in a state of eternal anguish with only one hope: a warrior’s death.

During this entire arc, we’ve had front-row seats to the opinions and perceptions Batwoman and Wonder Woman have of each other. Both women hold each other in high esteem, but nerves and present situation leaves everything unsaid. Wonder Woman lets nothing faze her while she deals the final blow to Pegasus, but Batwoman wanted to look for other situations. Ethical dilemmas abound as each hero ponders the right action after his death. Wonder Woman shows regret for ending Pegasus’s life, citing Batwoman’s strength and compassion to try to look for other solutions.

In the meantime, Medusa has found Gotham, the hub of all evil, and is making it her personal playground. The Weeping Woman, Bloody Mary, and other supernatural villains have joined her in bringing Gotham to the ground. It’s up to Batwoman and Wonder Woman to bring down this new threat and put Medusa back where she belongs.

Batwoman is my favorite DC book to come out since the New 52. The artwork, the story, and the main character give this book a very distinct feel, something you normally don’t see in a superhero book in a mainstream book. Williams is one of my favorite comic book creators, and he and Blackman deliver every month with Batwoman.