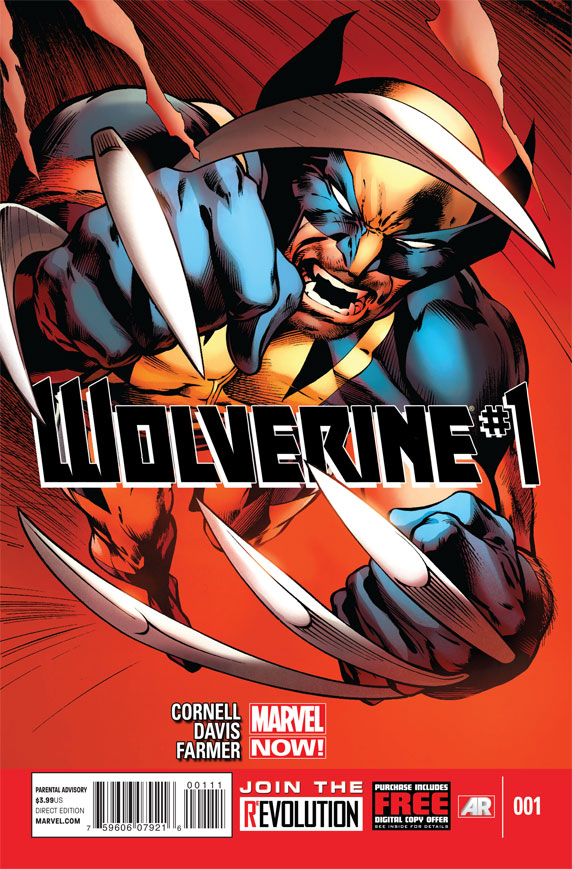 A few days ago I announced a new one-word teaser from Marvel with the word “Snikt” being the key phrase. Though I had hypothesized the book to be a possible X-23 or Daken book (considering there is already Savage Wolverine on the way), it turns out Paul Cornell’s return to Marvel will be handling the infamous X-Men in his own self-titled series which will debut next year.

One of the big problems people might have with there being multiple Wolverine books on the stands is what makes it different from what we’ve already read. In an interview with iFanboy, the website that broke the story, Paul Cornell had this to say:

“I think we go deep into who he is, with the sensibility of a show like Person Of Interest, so there are flashes of character, hard action, a few laughs, James with a new supporting cast of fellow professionals, going hunting in the big city, the lives of innocents at stake…I think of this as the central Wolverine title, so I want people to come here for the story and the character, and go elsewhere for the crossovers.”

On what the actual plot of the book will be, or at least the first story arc, Paul had this to add:

“James is caught up in a hostage situation, which involves a threat to innocents from a very disciplined, ruthless new character, the nature of which we’re only gradually going to reveal. That turns into an action movie chase, where James is highly motivated to stop having to repeat something not very nice he had to do in front of one of said innocents. James is at his best when he’s protecting others. I’ve been a father for four weeks, and I asked myself, which super hero would I hand my baby to? And the answer is James Logan, because he will die before he see that child hurt, and anyone who wants to do so has to get through the Wolverine. This title is about that balance between protector and berserker, between long-lived oddity and regular guy.”

Paul, who’s currently working on DC’s Demon Knights and Vertigo’s Saucer Country (among all his Doctor Who work) is making his return to Marvel with Wolverine. When asked what it felt like to be back at Marvel after all this time he had this to say:

“It’s great, especially that I’ve been given a high-profile chance to connect with a character that meant so much to me when I was at school. Chris Claremont’s X-Men *made* so much of me. This is where I get to try to return the favor  It’s great having Alan Davis as the artist, because that’s such a link to the classic era, and he can do action and acting both so well. And Jeanine Schaefer as editor means we’ve got all sorts of storytelling smarts in play.”

As someone who’s been hesitant to read a Wolverine title for a number of years, I can’t help but feel extremely excited for Cornell’s Wolverine. When you add in the fact that Alan Davis is handling the art (something every comic fan should be excited about), it seems like March is just too far away.