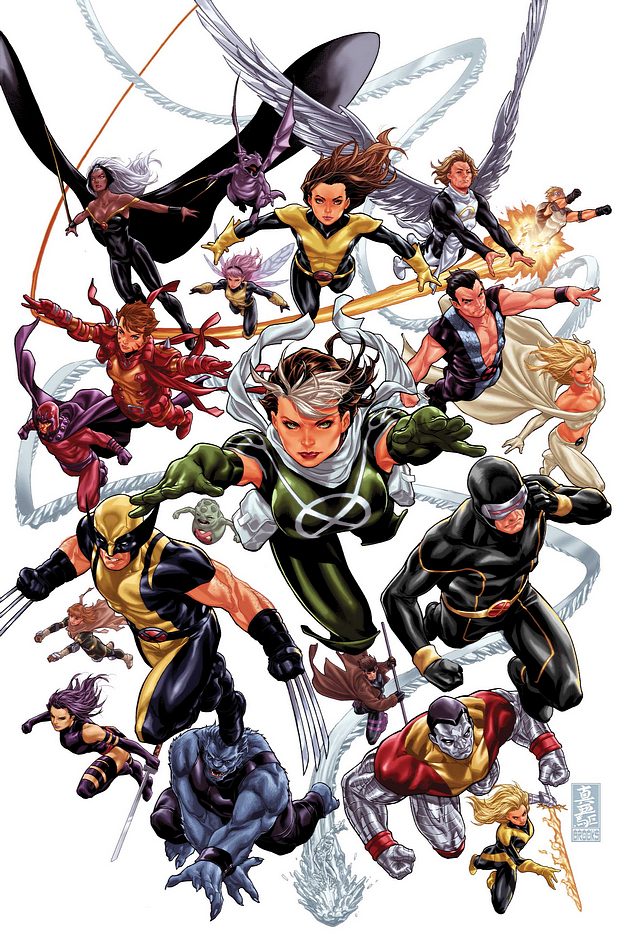 It’s here. The final issue of X-Men Legacy. Well, until the first issue comes out next month. Knowing that, it’s hard to feel nostalgic about an issue when it’s just starting over. I haven’t done any research about the new X-Men Legacy, but it will probably have the same feel as the current run. Rogue will continue to live on in the Marvel universe in Uncanny Avengers, hopefully solidifying her as an A-list character.

This issue focuses on our girl Rogue as she is called into a dangerous mission. With the Fantastic Four out and about and the Avengers dealing with some post-AvX issues, she’s the go-to girl to get things done. The mission is a prison break. Not just any prison break; these prisoners are superhuman criminals and the facilities just can’t handle their power.

With the help of Mimic, Rogue rushes to the scene. Mimic, a mutant with a similar power set, reveals to Rogue that he looks up to her and how she’s overcome so much since joining the X-Men. This issue acts as a capstone for Rogue. We see Rogue for what she is: a rounded female leader within one of the biggest superhero organizations. Throughout the issue, we see several examples of Rogue’s leadership. She rallies the troops, makes a plan of attack, holds high standards for her comrades, and isn’t afraid to look outside the box for a solution. The moment when she asks superpowered prisoners who are still behind bars for help is ingenious. They question her, laugh at her, but Rogue knows people. She knows that there are those out there who think like her, who aren’t all that bad.

Rogue’s ability to juggle several different powers in this issue is a sight to be seen. Physical and intangible powers meld together into one unstoppable force. It makes for one great last demonstration of Rogue using her powers to their full capability.

The issue is sprinkled with motivational moments, reflection, and prepping of Rogue for her future with the Uncanny Avengers. As for the future of X-Men Legacy, we can’t be sure that Rogue will be playing as big a part as she has in the past. While I’m sad to see her role change in this title, I’m pumped about her moving on to bigger and better things.

It’s a sweet issue. You don’t need any prior knowledge to enjoy it. While I wouldn’t say it’s a must-buy issue, I will say that it was a good ending to a long run.