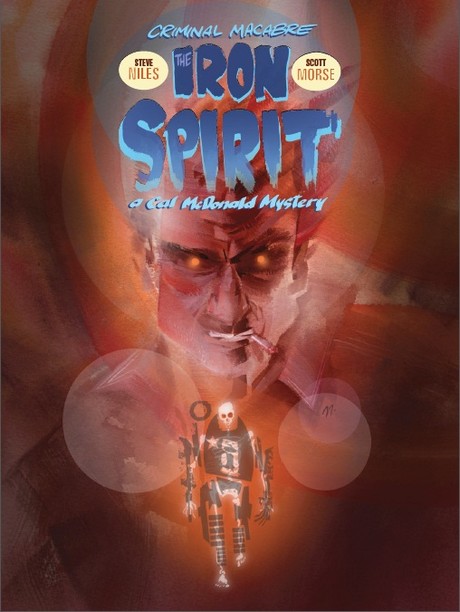 Cal McDonald is back, sort of, and ready to take on a new job of ghoul, monster and or spirit hunting. He’s a little worse for wear, a little more ‘living dead’, and struggling to find his old self in this new situation. The old routine of drink and drugs doesn’t seem to have the same effect anymore, he can’t sleep and everything just feels weird. Good thing the world never runs out of creepy bad guys for him to chase around.

When Air Force Captain Richard Clayton shows up at Cal’s door, looking old, tired and beat up, Cal is happy to get back to the grind and hopefully make a few bucks. Clayton is war torn, but what really weighs on his soul are the bitter spirits that have him fearing for his life and desperate. He takes Cal to a secret underground bunker where what appears to be a horribly failed government weapons project left several very angry spirits behind, looking for some level of pay back for their pain, suffering and death. Angry spirits are Cal McDonald’s specialty, but these ones have a heartbreaking story and Cpt. Clayton requests that they be handled with care. Cal also finds himself faced with the guilt and sadness of the old man, which lends a heavy air of melancholy to this particular story.

Steve Niles teams up with artist Scott Morse (comic artist & Pixar designer) and it works beautifully. Criminal Macabre has always been one of my favorite series from Niles, but this one has a real touch of emotion to it that I found gave it real depth. Cal McDonald is a gruff, rough edged character with many personal flaws and The Iron Spirit really touched on those while at the same time shining light on his empathetic, softer side.

Verdict: Criminal Macabre, The Iron Spirit is a must have addition to your collection if you’re an established fan and a great starter story if you’re curious to dip your toes in to the adventures of Cal McDonald. Steve Niles is a fantastic, creative writer who never puts out something less than top quality and his Criminal Macabre books have utilized the talents of several artists over the years, this one being no exception. I definitely recommend picking up The Iron Spirit, which is available now, from Dark Horse Comics.

*This review originally published on Nerds in Babeland