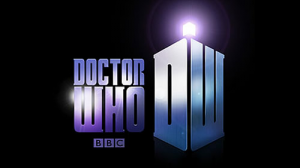 Dr. Who has been a staple among most nerd communities; literally decades of fans gather per series to enjoy a new doctor, companion(s), and amazing stories crafted by some of the best writers in the galaxy. While no official announcements about a Dr. Who panel at San Diego Comic-Con exist, though I am confident there will be one soon, there is quite a bit of buzz about an official Dr. Who meetup taking place outside the convention. Come see what everyone’s talking about and how to take part in this epic event!

Doctor Who Official on Tumblr, the official Dr. Who channel on the social site, made several annoucements about a meet up in the last few days. Currently they are organizing a contest around submitting designs for the logo to commemoriate the event. As of yet there are no official details but organizors have made it very clear that no SDCC passes will be required to get in but persons will need to RSVP and acquire tickets to the event itself. Here’s what they annoucnced over Tumblr:

Just a reminder that we will NOT be holding this at the San Diego Convention Center. This way EVERYBODY can attend whether they have a ticket for SDCC or not.

Also: it will be all ages. Also: we’re coming up with lots of interesting things to do. Also: there will be punch and pie (or something punch-like and something pie-like.)

Also: there’s a contest to design the art for the Doctor Who Meetup! It’ll be featured (with your tumblr blog’s name) on every invite and every giveaway. You can enter even if you can’t attend the meetup. We’ll say good things about you in your absence. It’ll be like that scene in Vincent and The Doctor. Instructions on how to submit your art here.

We’ll keep you updated on the latest with the meetup. In the words of a very wise man, “Come along Ponds!” See you there!