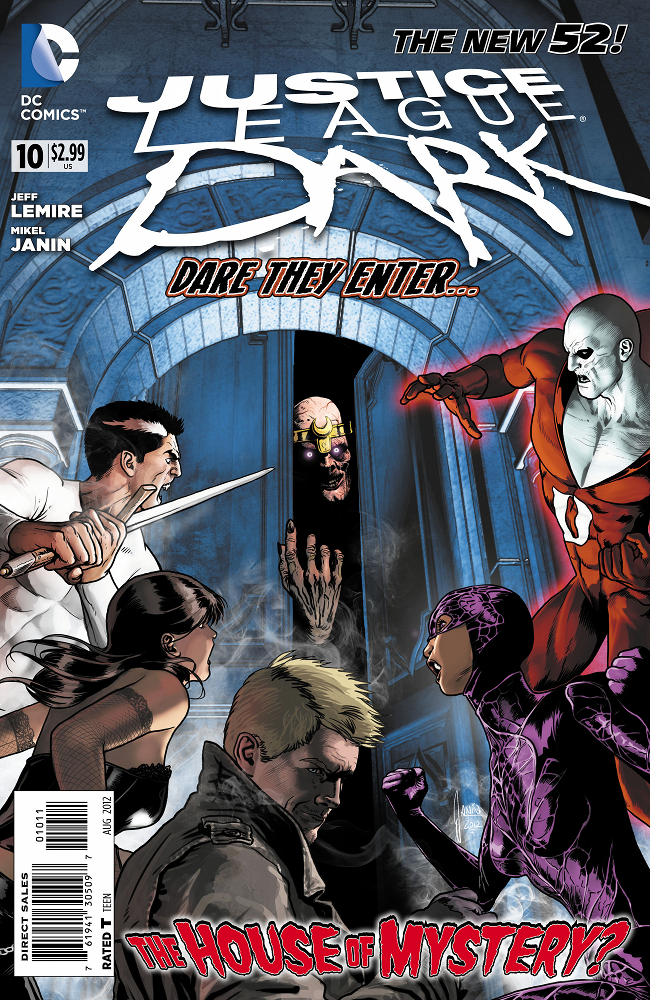 I’m going to be honest here: I almost dropped Justice League Dark a few months ago. I was quickly losing interest in the characters, and the story did not capture my attention. With Lemire taking the reins, I was willing to give JLD another shot. In his second book with this title, he is slowing regaining my readership.

One of the central focuses of JLD since the first issue is team building. Here we have a rag-tag group of B-list superheroes who typically deal with magic. Magic is not usually dealt with in the DC Universe. The mainstream heroes (looking at you, Batman!) have a rich psychological background, vengeful villains, and powerhouse characters. By its nature, JLD is different from the mainstream DC series.  That being said, the heroes in JLD know they are on the outskirts, that their battles are massively different from Superman’s and Batman’s. These people are used to working on the sidelines…alone. Teaming up is not an everyday occurrence, yet they are asked to bond as a singular fighting force.

The current conflict surrounds Constantine and his intentions. Premonitions show him being a danger to the group, but the truthfulness of those images has not been tested. Constantine’s scheme is rooted in finding the Books of Magic, a source of power and wisdom. Constantine tells us little about what the books are capable of, and my guess is he’s got a card he’s not showing his team. I’m willing to bet there is a selfish purpose to finding these books that Constantine is keeping close to his chest.

Issue #10 provides some background to the current story, as well as giving us a good reason to be afraid of Faust, the villain. Demons, alternate realities, and Steven Trevor round out this particular issue and amp up the stakes.

This issue is still early enough in the arc that you could pick it up and get the gist. If you are unfamiliar with the characters, be patient. I’m in the same boat with you. Issue #9 is a great introduction to new readers jumping on, and #10 continues with that feel. Lemire is doing a great job so far with this title, and I am pumped to see what deep, dark parts of the team he will unearth.