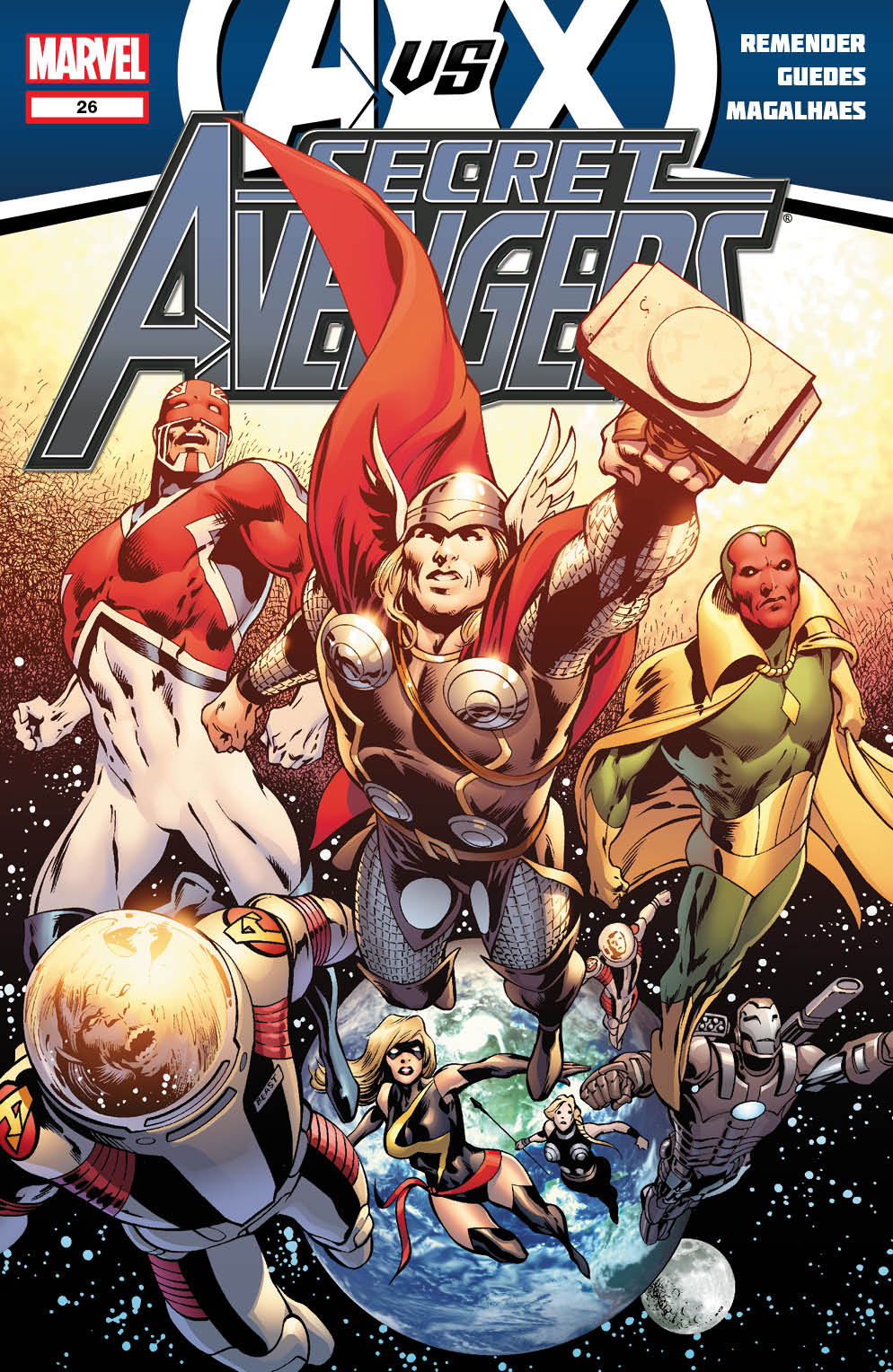 Do you remember Deep Impact? Come on yes you do, it was the less successful of the two big ass asteroid movies to come out in 1998. In Deep Impact the powers that be make the crazy decision to send up a team of highly qualified and trained individuals to try and head the asteroid off in deep space. Now of course, if Michael Bay and Bruce Willis have taught is anything, its that the only rational way to stop an asteroid is to take a group of untrained dysfunctional oil drillers and train them for space travel. Well apparently, Rick Remender is more of a Deep Impact guy, as Secret Avengers #26 sees an away team of Earth’s Mightiest Heroes headed out into the far reaches of the universe to try and head the Phoenix Force off at the pass.

One of the things that drew me to Secret Avengers #26 was the prospect of a narrative with a simple objective, stop the Phoenix or die. It reminded my in many ways of Danny Boyle’s excellent Sunshine. That film, like 2001 and Solaris before it, dealt with the psychological toll of deep space travel and I was hoping that Remender would touch on those things with his characters. The first half of the book does just that, as we find Beast struggling with nightmares of Jean Grey’s demise, Captain Britain struggling to regain his confidence and Thor turning to drink in order to quell his nerves. I loved all of this preparation anxiety and I wish there was more of it.

It was not to be however as it isn’t long before we get into a giant battle with the Phoenix itself. Don’t get me wrong, it was pretty awesome to see Thor fighting off an apocalyptic bird with his hammer, but I was just hoping it would take a little more time to get there. During this skirmish it becomes apparent that there is a bigger and more complicated story in the works and it’s how you feel about that development that will shape your enjoyment of the book. Looking back I should have seen this coming, because let’s face it, AvX would be pretty pointless if the Phoenix Force never got to Earth and Thor ain’t going to bite the dust anytime soon. So, it stands to reason there needs to be some other compelling reason for them to stay off Earth for a while. I understand it, but I don’t really like it.

Wait and See – I’d been excited about the prospect of deep space Avengers since it was announced a while back. The idea of characters who go out and try to be active participants in their story is always a more exciting prospect than those who simply wait for fate to find them. Rick Remender’s Secret Avengers #26 starts off as that and then morphs into what looks to be the beginning of a pretty epic science fiction yarn. For those familiar with all the characters in play this might seem like a welcome turn, but for me all it did was bring out my “I don’t know what’s going on” anxiety that I often feel when getting deep into the Marvel Universe. I’m not giving up on it, but I’m certainly wary. I won’t say I’m not disappointed by the abandonment of the “suicide mission” aspect of the story, but I also have faith in Remender’s ability to weave complex narratives into something satisfying. I just can’t shake the feeling that this could turn into an overwrought and pointless arc, but I hope to be proved wrong.