FacebookTwitterPinterest
Stop by all weekend as the members of Talking Comics give you updates on the North East's Largest Convention of Science Fiction, Fact and Fantasy.

Even though I’ve lived on Long Island for most of my life, I have never attended I-CON. This science fiction convention might not be known to the world at large, but locally it’s a haven for the geek set. So, I decided this year woud be different and I charged our fellow Talking Comicers to walk the floor and look for anything that you, our dear readers, would be interested in seeing. You can expect to see updates throughout the weekend which include impressions on this blog and sepewrate more lengthy articles. Enjoy! – Bobby

“Attention everyone, the Green Lantern is now giving out hugs!”

Is there a better way to sum up a day at a Con then a line like that? This declaration of amazingness happened midway through my Sunday, and let me tell you people, you have not lived unless you’ve heard a 18 year old in a muscle suit utter a line such as that. I think what has struck me so about attending I-CON is the beauty of people willing to freely express themselves. When I arrived today I was greeted by a stranger who yelled to me,”Random high five!” I delivered said five and he looked pleased as punch. This may not have been the fanciest con I’ve ever been to, but damn if it wasn’t friendly. 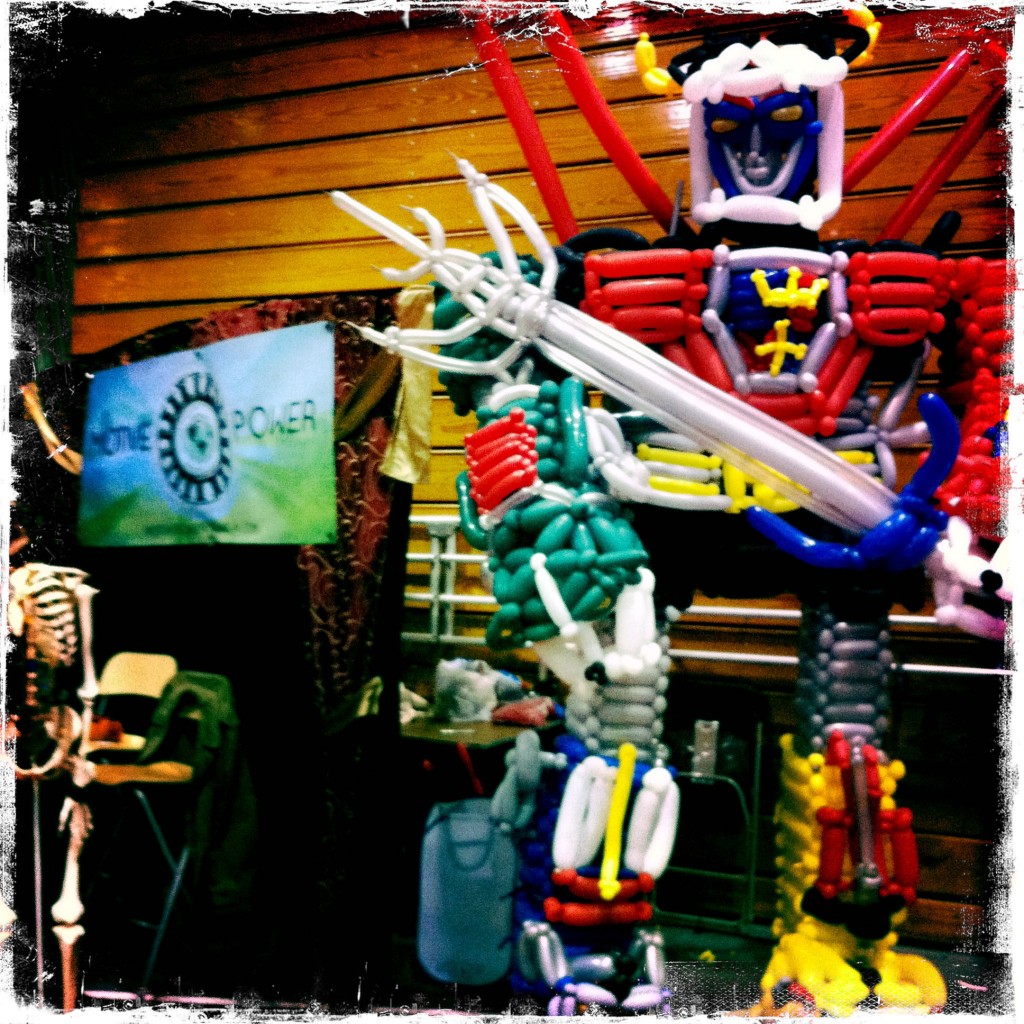 If you are wondering if that picture above is in fact a fully formed Voltron made of animal balloons, then wonder no longer! This was totally a surprise of the Dealer’s Room, which was definitely the highlight of my weekend.

My Sunday ended with a trip to a panel of Parapsychology and the Paranormal. Well, I say panel, but it was more like a class. It consisted of about 15-20 convention goers sitting at school desks listening to Victoria Kaplan talk about the trials, tribulations and hard facts about being a paranormal investigator. It was actually a very engaging discussion to be a part of because it shows off what I-CON is all about. Which is passionate people expressing those passions without judgement. It would be easy to scoff at the woman cos playing, talking about ghosts, but honestly she was well spoken and pragmatic about her chosen job and that makes all the difference. For instance did you know paranormal investigators hire magicians or mentalists as part fo their team because they are good at sniffing out hoaxes? That is pretty cool stuff. I also managed to take some notes as research for a screenplay I’m thinking of writing, so all and all, win win!

Tomorrow I go back to real life, but there is something I’m going to miss about entering this fantasy land of good will.  I will leave you with a picture from a panel on the visual effects behind furries, which I’m sure my compatriot Steve will expand upon. 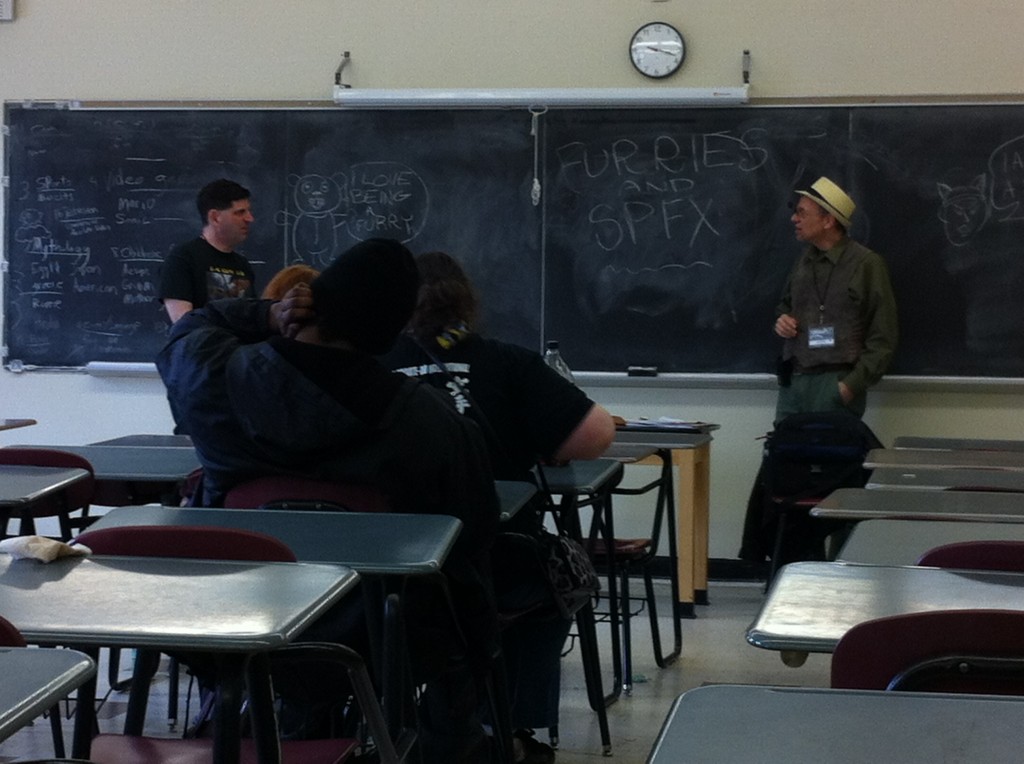 So today marks the very first time I’ve ever been to a Con of any sort, ever. Hooray and so forth! After securing my press pass, I wandered over to the Dealer’s Arena to check out all the vendors. Of course, the room was littered with sales booths of all kinds, each of them peddling different geektastic wares. Everything from dice to t-shirts, stuff animals, Steam Punk fetish wear, Pocky, Hollywood memorabilia, and just about anything anime that you could think of were all there, ready and waiting to gobble up your cash, and then smile about it. I’ll fully admit that this is where I spent the majority of my time.

You see, it’s been quite a while since I’d truly embraced my more “Otaku” side and this event was the perfect opportunity to slip back into old ways. Walking the various rows of all the shops, taking in all that they had to offer, completely made me feel like I was 15 years old all over again. It was quite magical, as old toys I used to play with stared back at me from their plastic prisons while t-shirt booths threatened my bank account with their hilariously dark takes on Hello Kitty. Everywhere I looked there was something my geek heart would have loved to bring home … but alas, there’s a little something in our adult lives called “responsibility to ones self” that takes precedents. Bah. 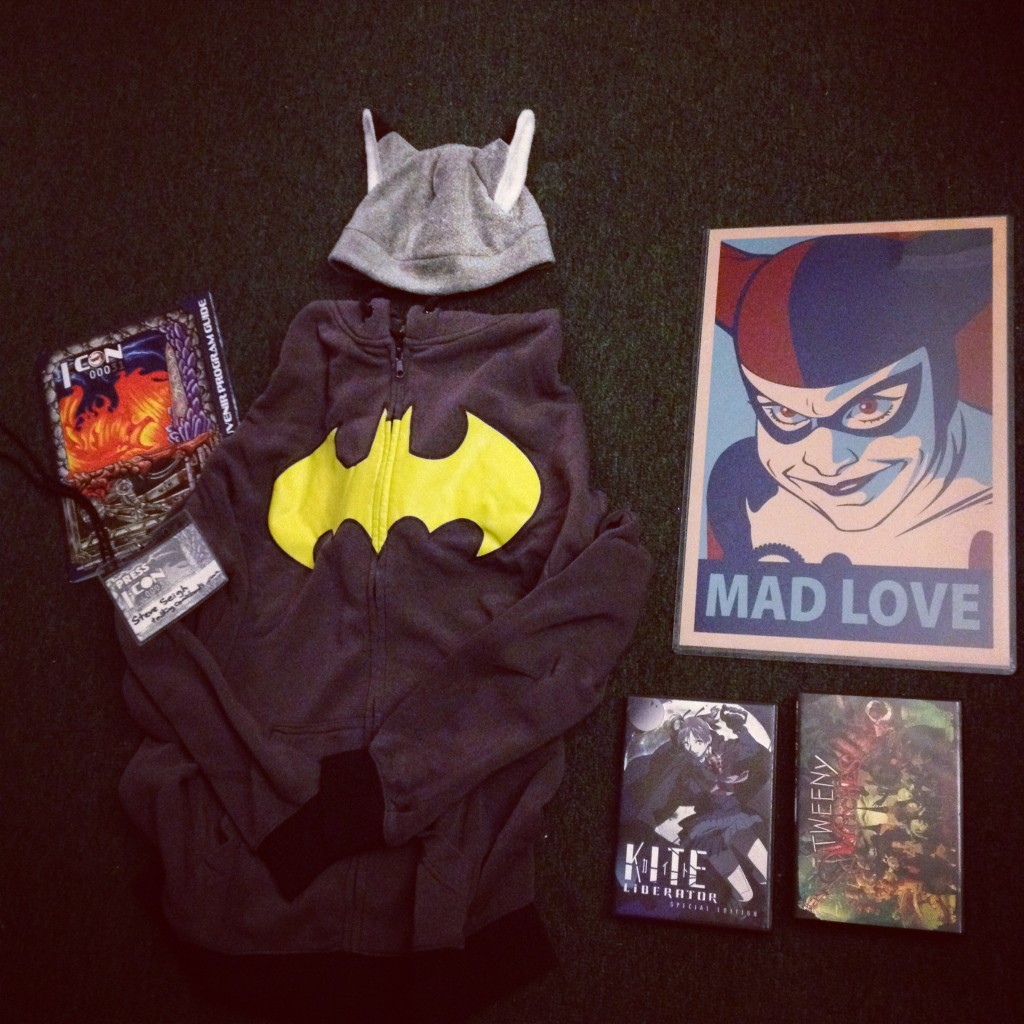 So after purchasing some of my sweet loots from the vendors (seen above) I decided to just kind of roam around and take in the sites. Now, I’ll admit that one of the main reasons I was so eager to attend today’s event was because of the fantastic opportunity to people watch. Now, I don’t mean that in a creeper kind of way, but in a way of that I appreciate watching people embrace their more geekcentric sides. Some of the day’s attendees were all decked out in full cosplay attire (there will be a separate article dedicated to that after the weekend wraps), some of them looking truly remarkable in their get ups. I think it’s downright fantastic that these events exist and embrace this sort of behavior.Some of these kids really get into the whole cosplay angle of these shows, and it’s reflected in the time and care they’ve placed into the manufacturing of their outfits. Whether they’re bought online of sewn together at home, a vast majority of the crowd looked fantastic. It warmed my heart.

So was there anything negative to say about my first day at I-Con 31? Actually … yes. Firstly, Stony Brook campus is huge. And while I understand that you probably could not hold this event anywhere else in the area, I’d found the map to be rather useless when navigating the grounds. Though, it was my first time at a Con, so I fully admit that maybe the problem lies is my complete inability to know where I am … ever. So, yeah.

And, and you should take this as a warning, kids! Be careful of who you buy from at the Con and be sure to check all of your merchandise for quality and so forth. Earlier today I’d purchased a DVD set of KITE: Liberator, and upon my drive home had found that the disc was indeed rattling inside it’s case as I drove. After pulling over and opening the case to check the disc, I’d found a series of circular scratches all along the inner most part of the disc. This, of course, renders the disc unplayable. So I trekked all the way back to the event, walked all the way back to the vendor, and was met with a little bit of a situation.

After what seemed like many minutes passing by, and after I’d explained the situation to the person in charge, I was indeed given a replacement disc … from another set. My ruined disc was then inserted into the other case and set to the side.  Now, here’s my issue … what’s to stop that vendor from re-shrinking that particular set, selling it, and just letting some poor bastard go home with a bum set? Granted, this is based entirely on assumption, and I’m a bit of a paranoid individual as it is, but I do think of these things from time to time. My point being – make sure you get what you paid for, even if you have to open something up and check it out before leaving the grounds.

All that I said I simply cannot wait to tackle the Con again tomorrow. I’d even venture to say that I’d go back indefinitely … so long as they keep letting me in for free. Bazinga!

I headed to Stonybrook University after work on Friday to pick up my press pass and get a lay of the land. What I ended up doing is spending two hours in the dealers room with Mr, Bob Reyer. Bob is an I-CON veteran and he walked me around the room showing me to some really interesting vendors who were selling some pretty damn cool stuff. (I can’t wait for you to hear Bob’s viewpoint on the Con since he has seen it change over his many year of attendance, but I will leave that to him.)

I didn’t get to spend a ton of time there, but I did find one very cool vendor who, if I’m not careful, could end up taking a lot of my money. He goes by the name of Geek Boy Press and he has a litany of awesome original prints and T-Shirts that made this particular shopper swoon. I’ve included some pictures of the wares I’ve purchased and I’m hoping to get to do an interview with him later in the weekend. 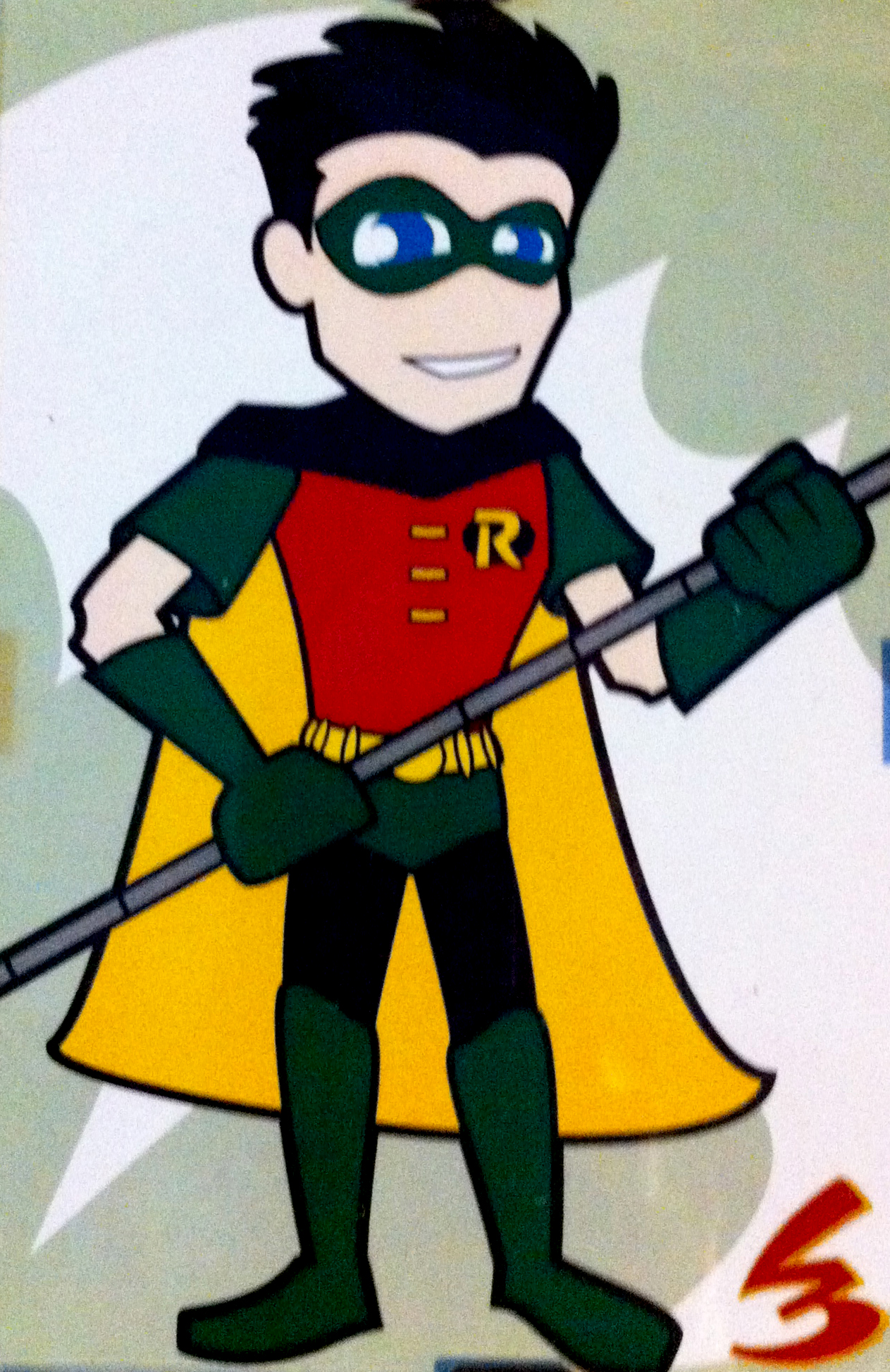 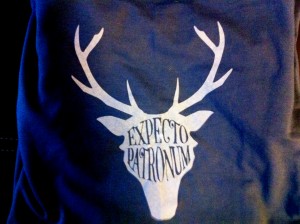 Well that is all from me today, but look out for more updates from Steve, Bob and myself  throughout the weekend!