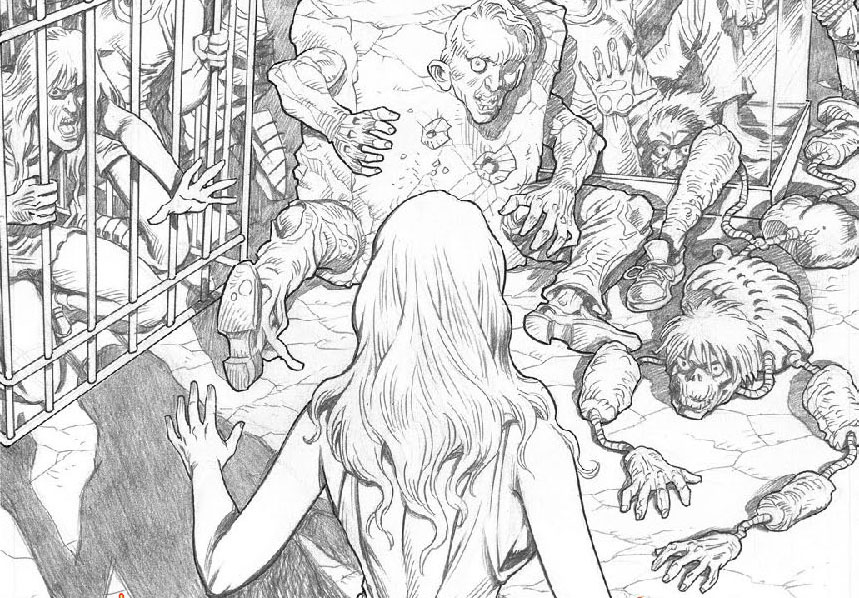 You probably already know this because I mention it damn near every week on our podcast, but I love me some Zenescope. Particularly, the dark and threatening first installment of The Waking – a zombie tale that focuses on fatherly love, trust, and all forms of hell being unleashed on an unsuspecting populous. A much more centralized story, this ain’t The Walking Dead. Always being in favor of more material from one of my favorite horror comic writers, Raven Gregory is back, and there’s more death and tragedy to be dealt in this next installment to the series.

Zenescope Entertainment has announced plans to release a follow up to their hit comic book series, The Waking, first published by the company in 2010.  The new series, entitled The Waking: Dreams End, is written by Raven Gregory (FLY, Return To Wonderland) with interior art by Novo Malgapo (Grimm Fairy Tales).

In 2010, The Waking redefined zombie mythology and stood out as a unique offering in a crowded genre.  The Waking: Dreams End picks up years after the original events took place.  Murder has become practically extinct in a world armed with the knowledge that those who are killed will return from the dead to take the lives of their killers.  But within this new world comes a new kind of killer and an original breed of horror will be born.

“Several months after the release of The Waking, I had a splinter of an idea that just grew and grew over the course of the past year. Says Writer Raven Gregory, I knew I needed to follow up the original story and set it in a brand new world.  In The Waking, we established all the rules but in Dreams End, we find someone who has found a way to break those rules. And now the stakes are raised to a higher level and it’s really going to mess with fan’s minds.”

The original series received much critical acclaim and was praised by the Philadelphia Daily News as well as many comic book news websites for its unique blend of horror, suspense and comedy and its original take on the zombie mythos.

The Waking: Dreams End #1 hits shelves in late April and is currently available for order through Diamond Previews.  Go to Zenescope’s website at www.zenescope.com and Facebook page www.facebook.com/Zenescope for more information.

All of the art materials below are clickable so you can see them in all of their early glory. Enjoy! 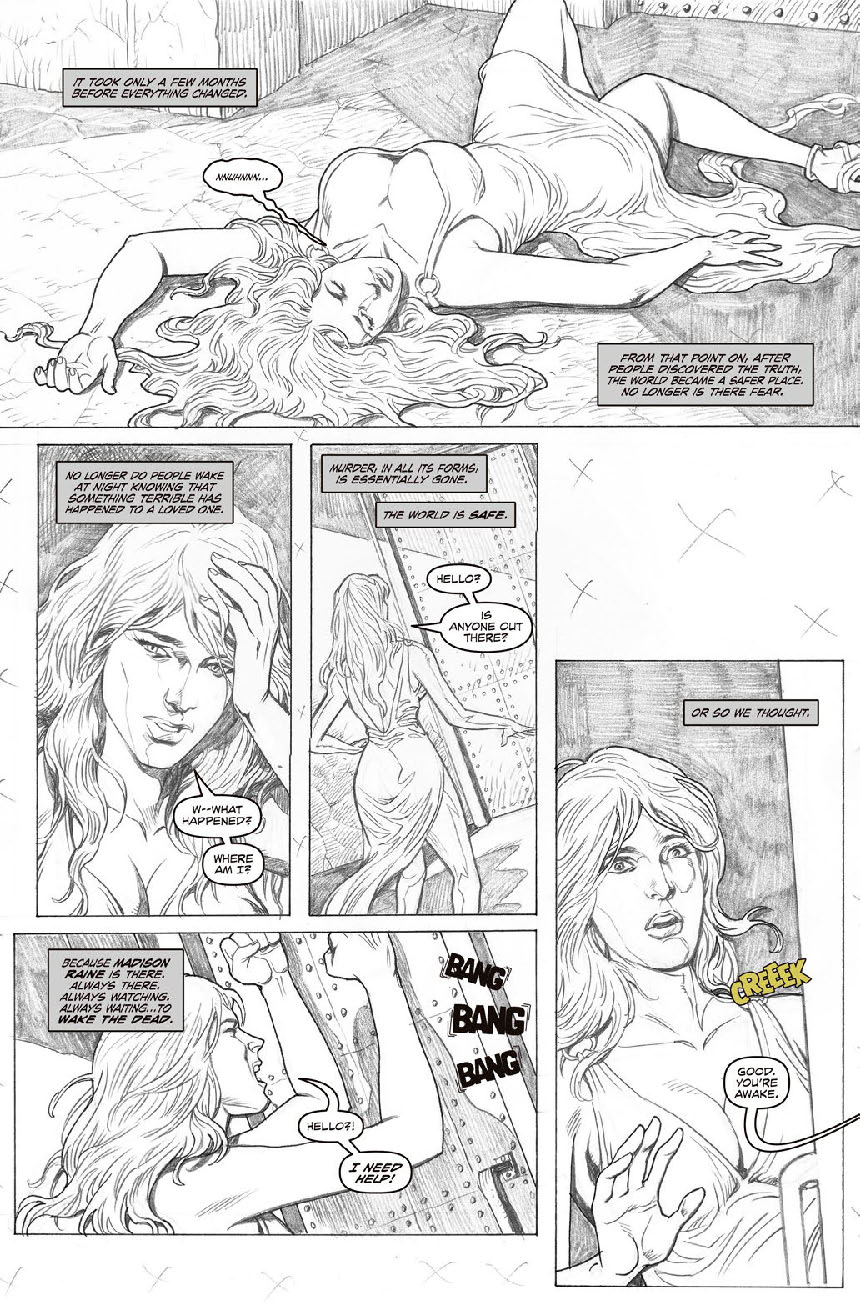 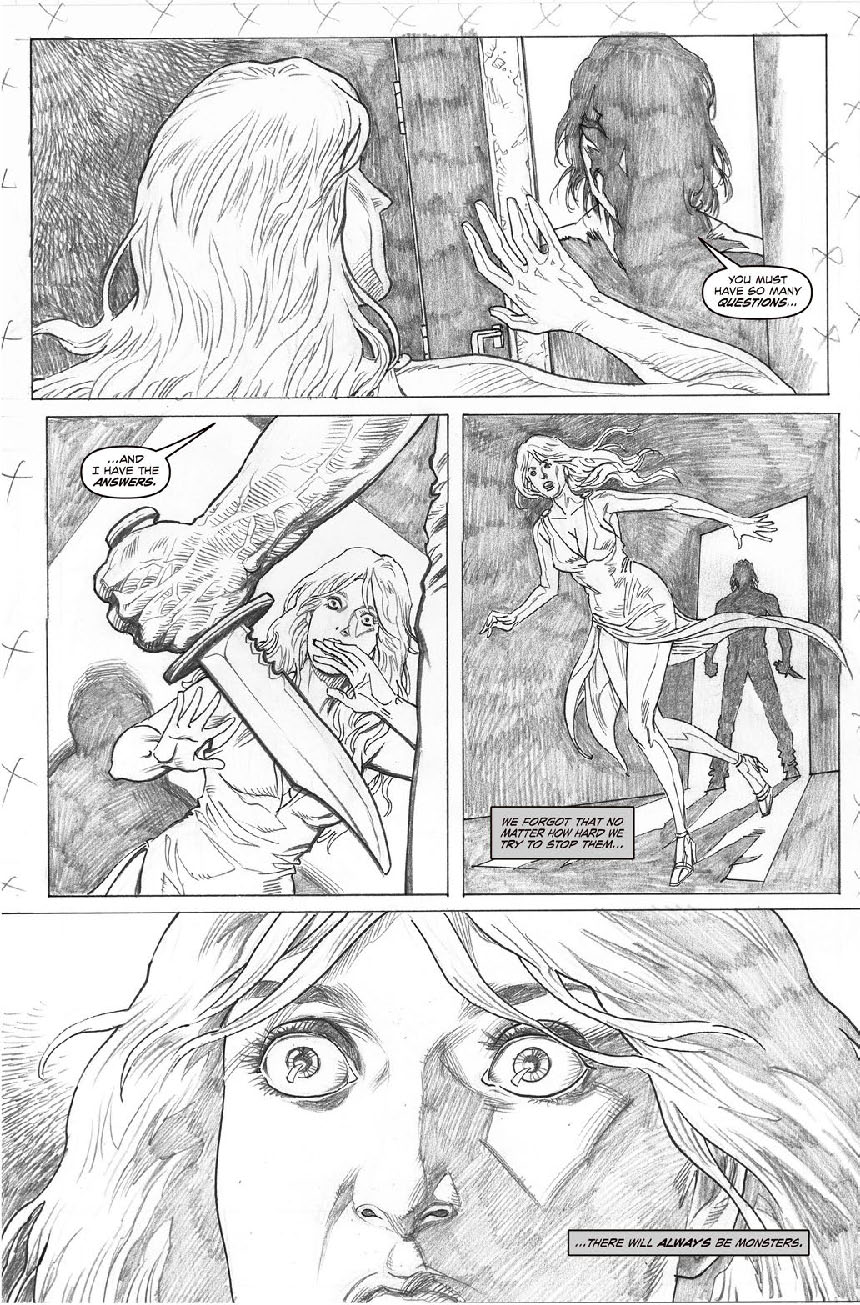 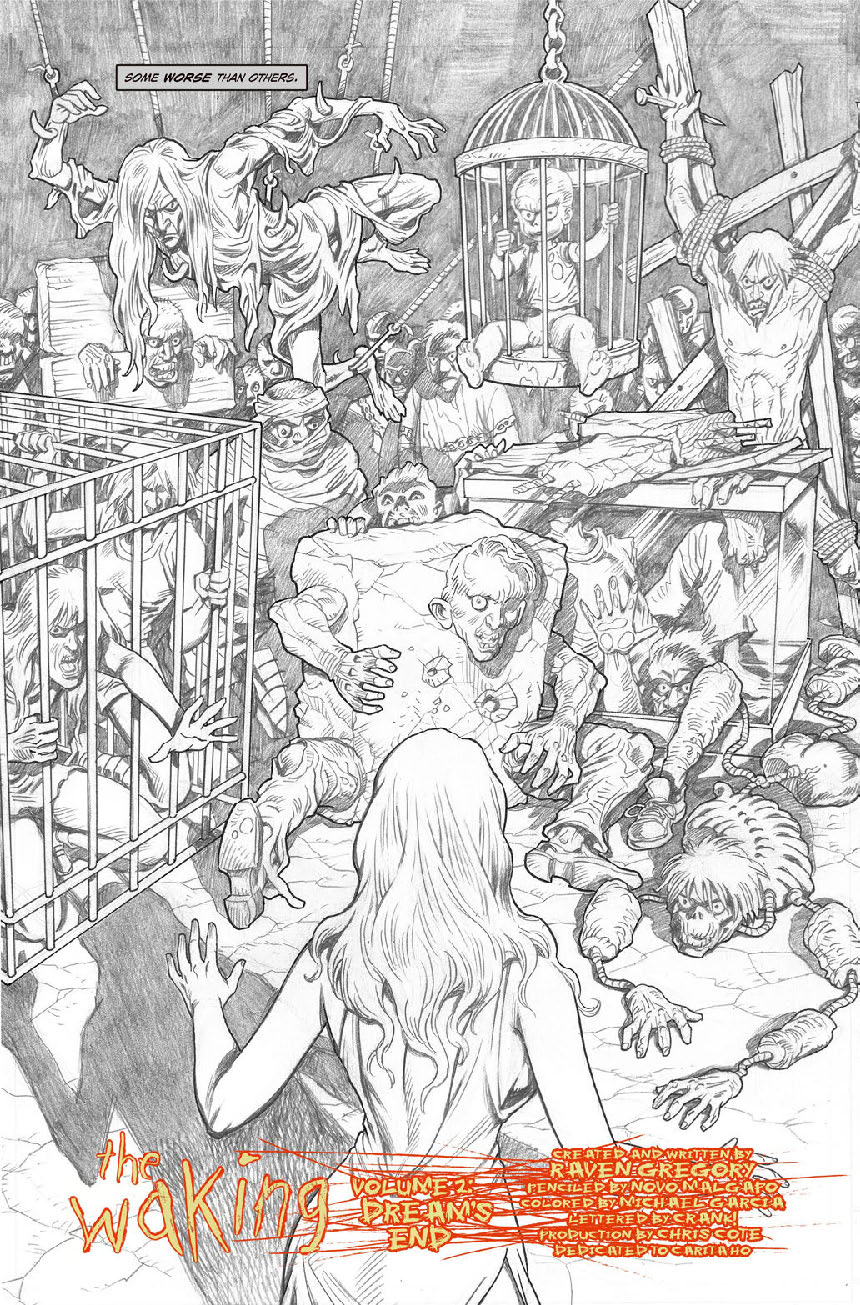 Zenescope Entertainment was founded by Joe Brusha and Ralph Tedesco in 2005 and has quickly grown into one of the top comic book and graphic novel publishing companies in the world.  Zenescope’s Grimm Fairy Tales and subsequent spinoff series such as Escape From Wonderland, Neverland and The Piper, which put a dark twist on classic fables, are some of the best-selling and longest running original independent comic books on shelves today.   Zenescope’s licensed titles include the on-going, critically acclaimed Charmed series, based off of the long-running popular television series, as well as Se7en and Final Destination, based off of New Line Cinema’s successful film franchises.