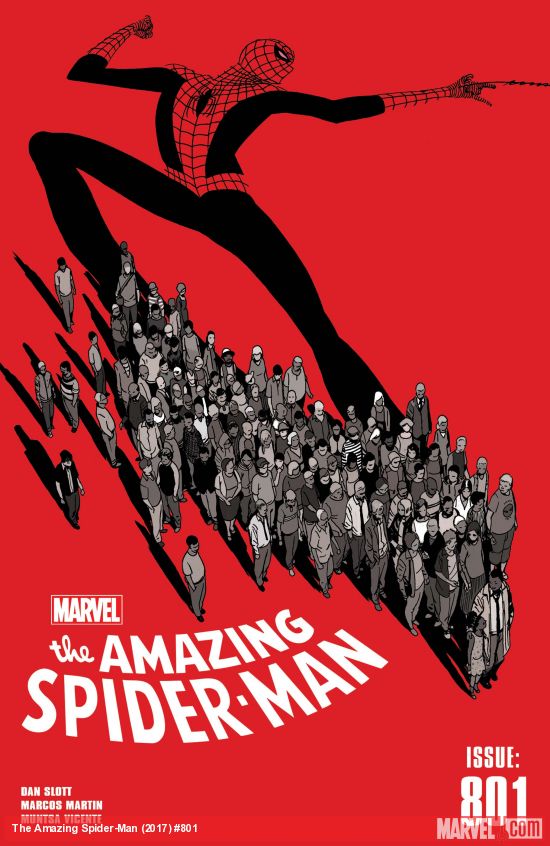 It has happened. After a decade and hundreds of issues, Dan Slott’s Amazing Spider-Man run has come to a close. My heart is confused by this. I have read the entirety of the run, outside of about ten issues. I am more worried about this creative shift, then I ever have been in the decade I have read comics. That being said, it has been a decade. A new team, with Nick Spencer and Ryan Ottley, is exciting, because Nick Spencer wrote the heck out of The Superior Foes of Spider-Man. The humor of that book moving to the Spider-man proper title sounds dang good. Also, Slott proved he knows the FF universe with his Silver Surfer run.

After an enormous 80 page #800 issue  story, this issue ends Slott’s run with a careful, comforting whisper. Unlike the previous issue, which tied together the story threads with a bow, this issue ties together the Slottt era thematically. It discusses the effects that Spider-Man has on the people of the city. He might not fight as many world-ending threats as the other Avengers, but every person saved is the world to someone. And it leaves the reader knowing, that though the comic may be changing teams, Spider-man will always be there for us. 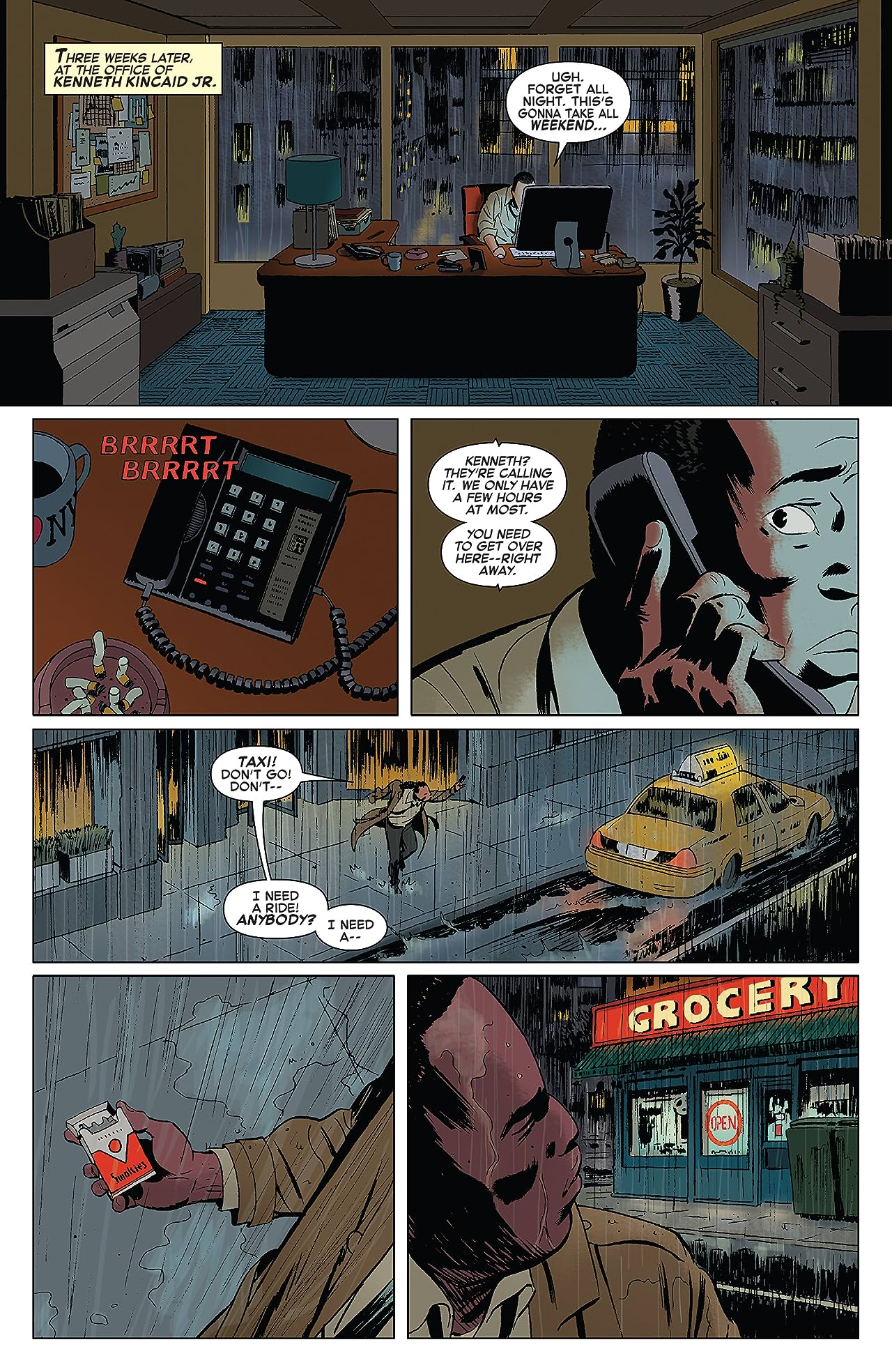 The comic starts with a flashback to teenage Spider-man, and the art illustrates the change. The colors are the more subdued, almost pastels of yesteryear for the origin story retold on the first page. The colors then resume a more modern palette as the story unfolds. You see Spider-man stop a robbery, before anyone knows if he is a good guy or bad guy or his shtick.  You can tell Spider-man is younger, from his dialogue and his slimmer physique in the beginning.  The story and dialogue are intimate. This story keeps it simple. You see many popular villains on splash pages, but mostly the story focuses on Spider-man and the people he saves. In more ways then you expect.

The story ends with a sentiment reminiscent of the recent Moon Girl and Devil Dinosaur #31. If you haven’t read that issue yet, read it, then give it to a kid. Great message.

My complaint, though, is the lines by Marcos Martin are not as dynamic as you would expect for a Spider-man comic. Spider-man, for me at least, sports  the most action-packed art of Marvel. The colors are bright, and the action is crazy, from the gargantuan Rhino crashing through walls to Electro electrifying everyone around him. Anytime the art doesn’t feel bold, it doesn’t feel right.

Verdict: Buy. This comic is the perfect send off to Dan Slott’s era, and it feels right. Slott’s Spider-man decade gets a double finale with #s 800 and 801. It allowed the run to tie up a decade of loose ends but also ruminate on the importance of Spider-man’s legacy.  Slott will be missed.