Welcome to Talking Comics first in a line of feature pieces focusing on Artists.  There’s a lot that goes into the final project we all love picking up faithfully on every Wednesday, whether it be at your local “Brick ‘N Mortar” shop, or as a digital download on your favorite digital device.  A tedious task with lots of people involved, from the Inkers to the Colorists, the Letterers to the Editor.  But by far, arguably the two most important people that bring us these issues of joy are the Writers and the Artists.  Writers are important because they tell the tale, set the tone, and verbally lead us on our journey, all very important, but a good Artist can do all that and much more.

A pencil(or nowadays, a stylus) in the hands of a good Artist is nothing short of a magic wand.  It’s said that if the Artist has done his/her job right, you could remove the word balloons and the reader should still be able to follow the story without missing a beat.  An artist does more than just “draw the story the writer gives him, he interprets what the Writer has written, puts it in his own words, not unlike the directors role in filming a TV Show or Movie.  There is no such thing as a “boring scene,” If a book loses your attention, the Artists failed at making the scene interesting.

Art is a very subjective, one persons Mona Lisa is another persons bird cage liner.  Art is about interpretation and style…and everyone’s eye and taste are different pertaining to Art.  That’s the beauty of Art, it’s ability to speak to two people in completely opposite ways.  You can have an “Ultra Realistic” style like Alex Ross, Esad Ribic‘, or Frank Frazetta. These Artists works almost look like paintings(in Ross’s case, they are), highly influenced by real life.  There’s what I like to call a “Bombastic” style that was hugely popular in the mid to late 90’s like Jim Lee, J. Scott Campbell, and Frank Cho. The work from these usually have exaggerated body parts like extra muscled heroes and over sexed swimsuit heroines.  We also have the “minimalist” style, where everything is clean and simple with less obstruction in the panels, less detail but still expressive. Artists like David Aja or Mike Allred fit here.  There’s other style too, Horror and people like Stephen S. Platt or Raphael Albuquerque, fun and energetic like Scottie Young, and so on.  Whichever style appeals to you, you can find it if you search hard enough.

So, as for one of the Artists here at Talking Comics, I’m glad to have this opportunity to bring to you this new segment.  We will be spotlighting different Artists in each segment, giving a little background information on these incredible talents, and showcasing some of their art for you to enjoy…

Without further ado we bring to you the first featured Artist.  It wouldn’t be right to do an Artist spotlight and NOT start with this gentleman.  This man is a pioneer, and legend in the field of art.  None other than the legend himself…Mr. Jack “King” Kirby! 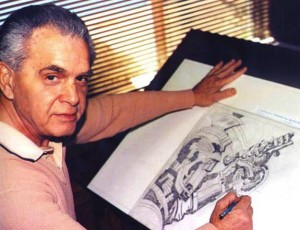 Jack Kirby was born Jacob Kurtzberg in August of 1917 in New York City.  The man who would one day be dubbed “The King” for his contributions to the Comic Book industry grew up poor.  Like most artist, he learned how to draw early on by tracing the cartoon characters in the daily newspapers.  Kirby broke into the comic industry sometime in the early 30’s.  In 1940, he and a young editor by the name of Joe Simon collaborated on one of the most iconic characters in comics…Captain America.  Kirby and Simon would work together often, creationg content for “Timely Comics“(a predecessor to Marvel Comics) and later, “National Comics“(which would become DC Comics). 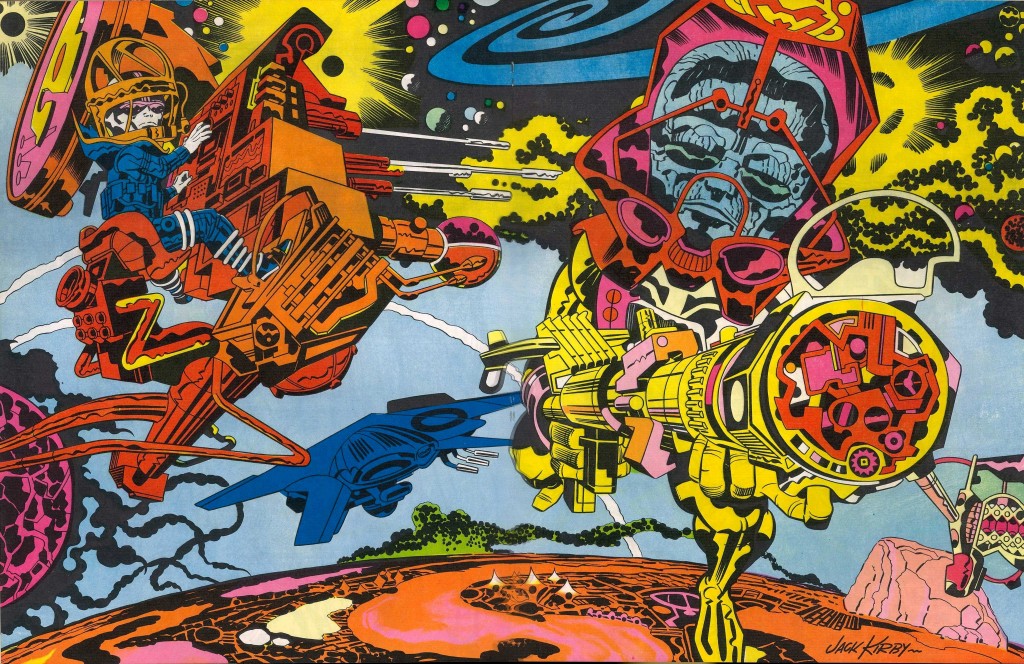 A father or four, a Husband, World War II veteran, Kirby was either responsible or instrumental in the creation of so many of today’s biggest characters. Along with the iconic Stan Lee, the two worked on such characters as The Incredible Hulk, The Fantastic Four, and The X-Men.  Over at DC Comics, Kirby was responsible in creating the famous “Fourth World” saga as well as “The New Gods“.  Before sucummbing to heart failure in February of 1994 at the age of 76, Kirby would be the recipient of multiple awards and accolades, and he was incuted into the Will Eisner Comic Book Hall Of Fame as well as having the Jack Kirby Awards and the Jack Kirby Hall Of Fame named in his honor. 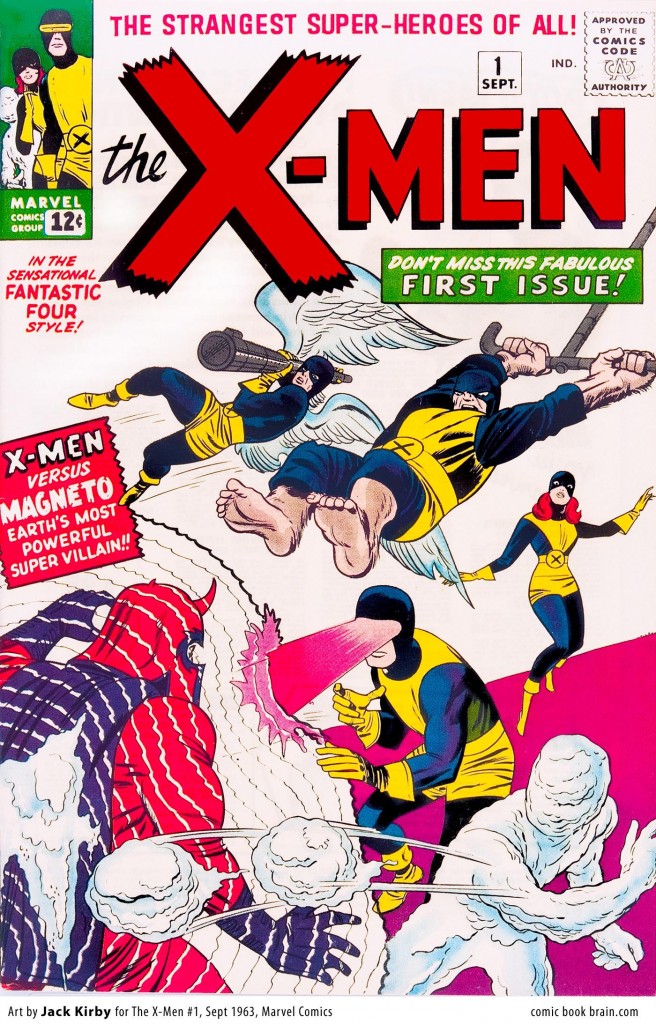 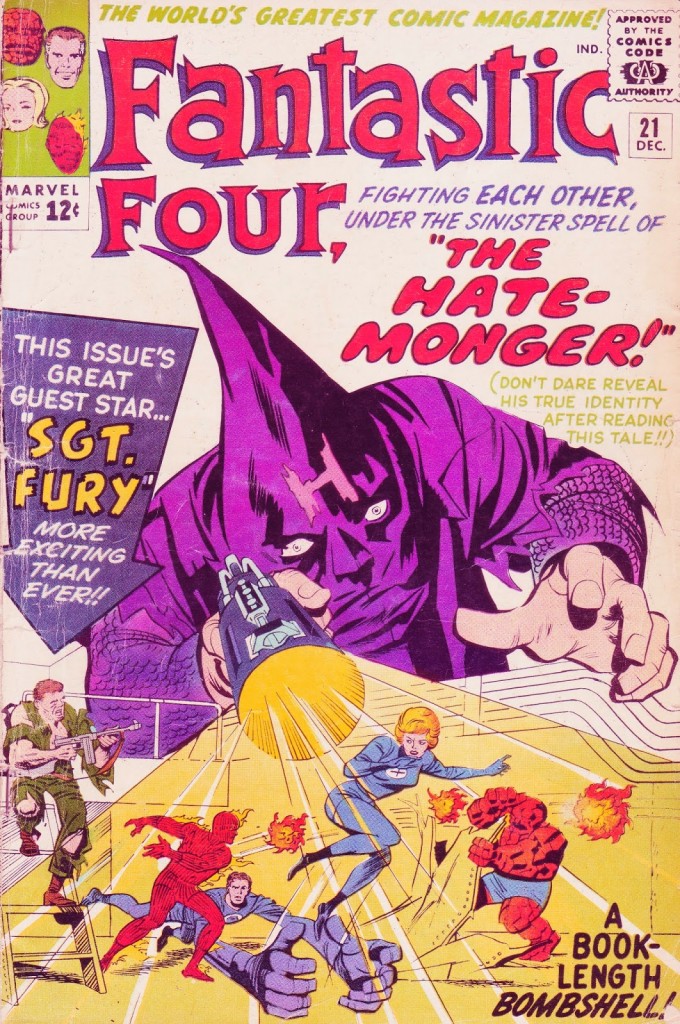 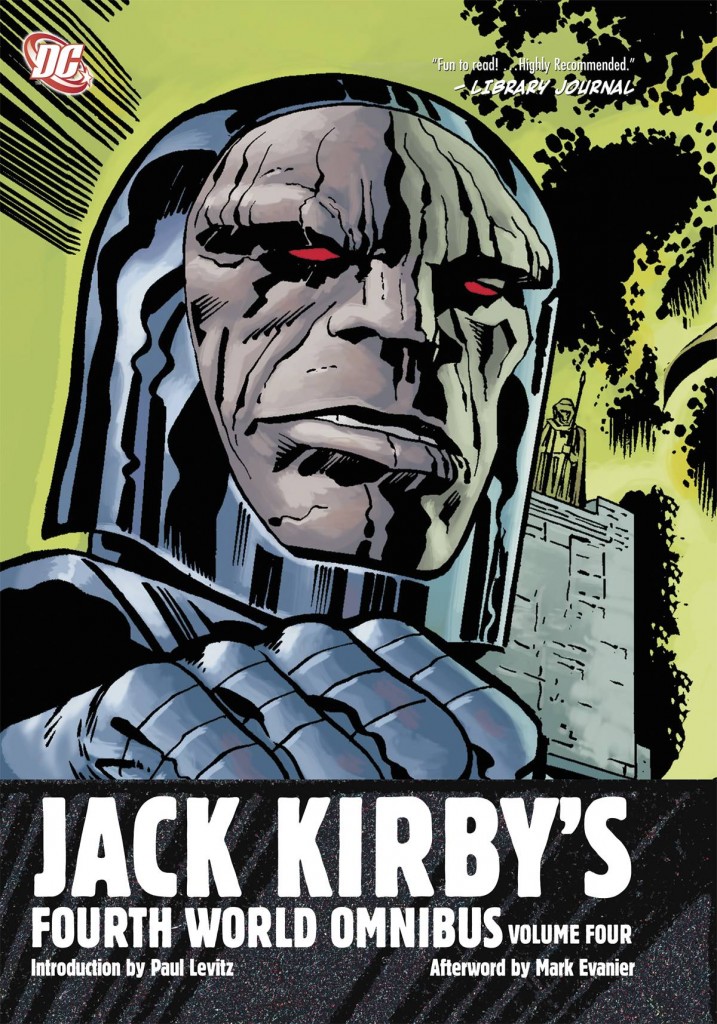