The X-Files return airs on the Fox network on January 23rd for a six episode event….maybe more? 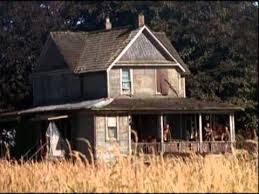 “Home” has to be one of the creepiest X-Files episodes out of all nine seasons. I use the word creepy, not in the spooky sense, but in the gross and disturbing sense, in the incestuous-family-of-men-birthed-by-a-limbless-and- disfigured-mother kind of way.  It centers around the mysterious Peacock family and their possible link to a series of small town murders. “Home” takes a slight detour form the X-Files Monster-of-the-Week formula in that the episode was the first to receive a “graphic violence” viewer discretion warning and the only episode to be rated TV-MA. It isn’t action packed, but has a dramatic confrontation at the end and plenty of cringe-worthy moments throughout that are definitely not for the squeamish or easily offended, though it’s no Hannibal (explicitness-wise) by any means. I miss Hannibal. I miss him so much.

Other cool stuff in this episode:

If you find entertainment in the deviant and grotesque, this episode is a must-see and definitely a bit of a deviation from other episodes in its graphic nature (by 1994 standards of course). It’s no Hannibal (explicitness-wise) by any means. I miss Hannibal.